What will astronauts wear on the big day when they step foot on the moon as the first humans to do so in more than 50 years?

A brand-new spacesuit, of course, and one that NASA is hard at work developing. Called the Exploration Extravehicular Mobility Unit (xEMU), the spacesuit needs to protect astronauts from the harsh environment of the lunar surface, which is quite different from that astronauts have been exploring for the past few decades in low Earth orbit.

Progress on the suit has been overshadowed by work on the big-ticket hardware also needed by NASA's Artemis program of crewed lunar exploration — the Orion capsule and much-delayed Space Launch System rocket — but development nevertheless continues. 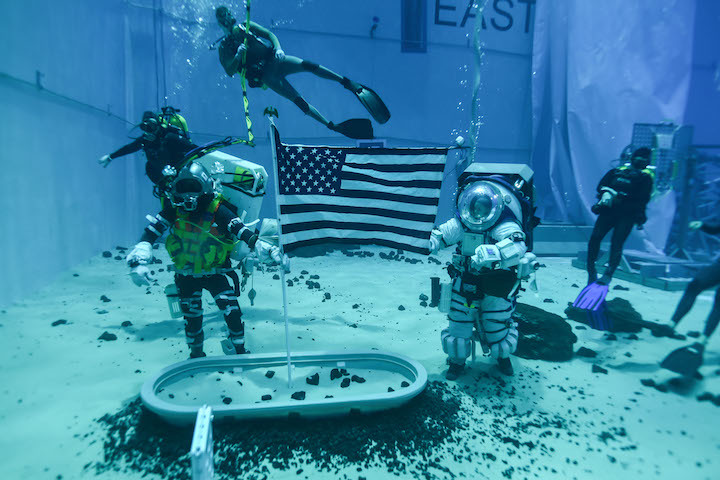 "The xEMU represents the first new spacesuit that NASA has developed in over 40 years," George Nield, who was previously the associate administrator for commercial space transportation at the Federal Aviation Administration, said on Oct. 1 during a webcast quarterly meeting of NASA's Aerospace Safety Advisory Panel, on which he now sits.. "So far, it looks like things are pretty much on schedule."

Nield outlined the agency's plan to build five xEMU suits in the initial batch. One, which NASA engineers will subject to design verification tests, is almost done and should be completed in December, he said. A second will be built for qualification testing and a third will be tested in orbit on the International Space Station. The final two suits of the set will walk on the moon in 2024 on a mission NASA is calling Artemis 3.

In addition to the main spacesuits, each Artemis astronaut will also require an internal cooling garment, and NASA has now completed the first prototype of that undergarment, according to Nield. And the agency also needs to upgrade the backpack-like Portable Life Support System that astronauts carry to stay alive, also in the works. 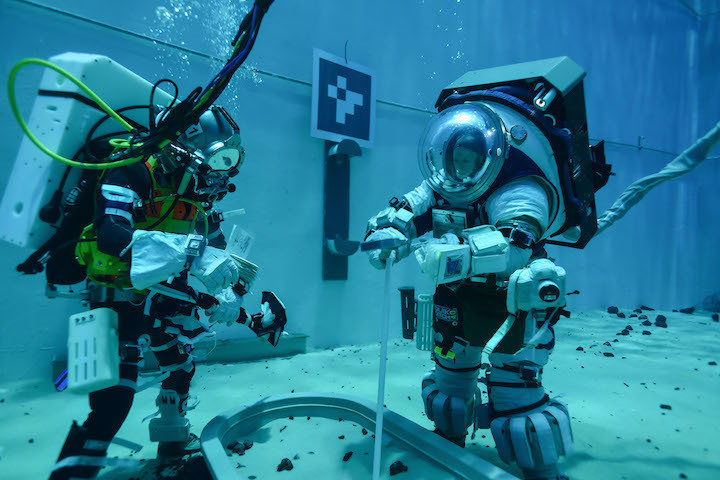 Meanwhile, NASA personnel are getting a sense of how the new suit will perform on the moon by testing the design underwater in the massive Neutral Buoyancy Laboratory pool at NASA's Johnson Space Center in Houston. NASA uses the lab to simulate spacewalks, since engineers can mimic different levels of gravity underwater, like low Earth orbit's microgravity and the moon's one-sixth gravity.

Underwater, astronauts can get a feel for moving around in a spacesuit and using the tools they will manipulate during a spacewalk. Lately, NASA has been using the pool to study movements like sampling moon rock and dust, navigating a ladder and ceremonially planting a flag in the lunar surface. 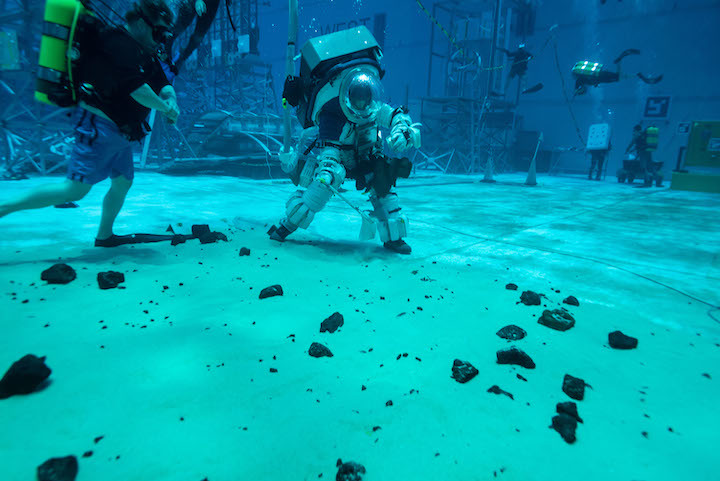 After all, lunar spacewalks have different constraints than orbital excursions do — which is why NASA needs a new spacesuit in the first place.

"We have experience with space station, but we need to determine how we're going to train the crew for surface operations during these specific missions," Daren Welsh, who leads spacewalk tests, said in a NASA statement. "This early testing will help determine the best complement of facilities for hardware development and requirements for future Artemis training and missions."