Look up and marvel at the Red Planet!

Look up! Mars is at its closest to Earth until 2035 today (Oct. 6), making it a oerfect time to see the Red Planet with your own eyes.

The planet is visible high in the eastern sky. It appears as a stunning reddish light, weather permitting.

"October is a great time for viewing Mars, as the planet is visible all night right now, and reaches its highest point in the sky around midnight," NASA wrote in a skywatching guide.

Earth and Mars travel around the sun in elliptical orbits, orbiting in the same direction but at different speeds and at different distances from our star. Every 780 days, or about every two years, Mars and Earth line up and are the closest to each other during this time period. Today, the pair of planets will make this close approach.

This close approach comes shortly before Mars' opposition, which is when Earth comes between the sun and Mars and they all line up, on Oct. 13. Now, it might seem as though the closest approach should be when the planets are lined up in opposition, but it is not because they have elliptical orbits.

"If both the Earth and Mars circled the sun in perfect circles, and on the same exact plane, the distance between Earth and Mars would always be least on the day of Mars' opposition. But we don't live in such a symmetrical universe," according to Earthsky.org. 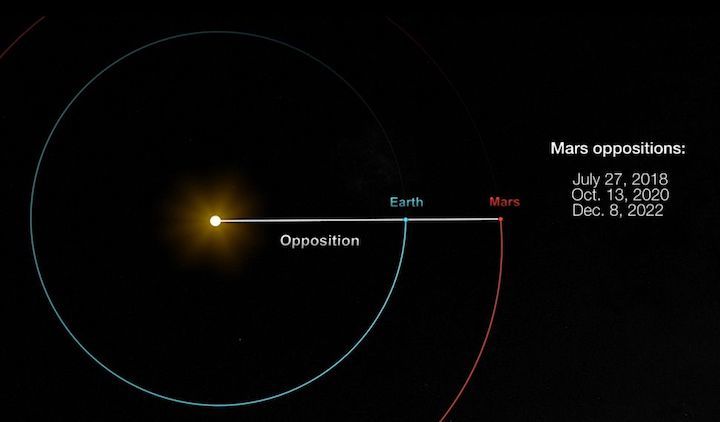 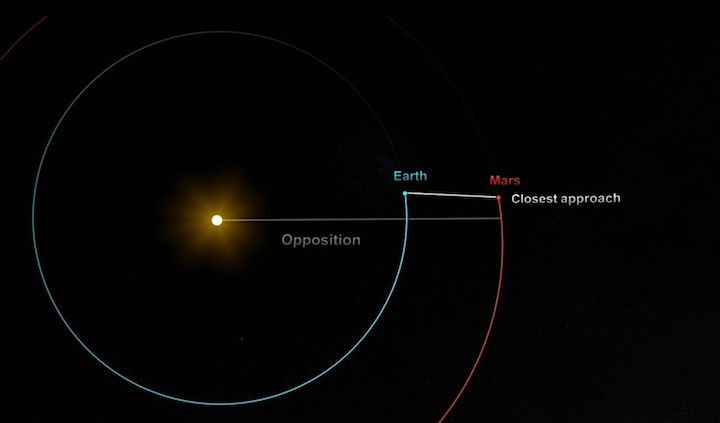 While you're looking up at the sky to spot Mars, keep your eyes peeled for satellites as this week is World Space Week, which this year celebrates satellite technology. You can find out how to spot satellites via the World Space Week website here.

Astronomie - Mars is at its closest to Earth until 2035. Here's how to see it.
« Zum vorherigen Eintrag Zum nächsten Eintrag »
324 Views
Created with page4