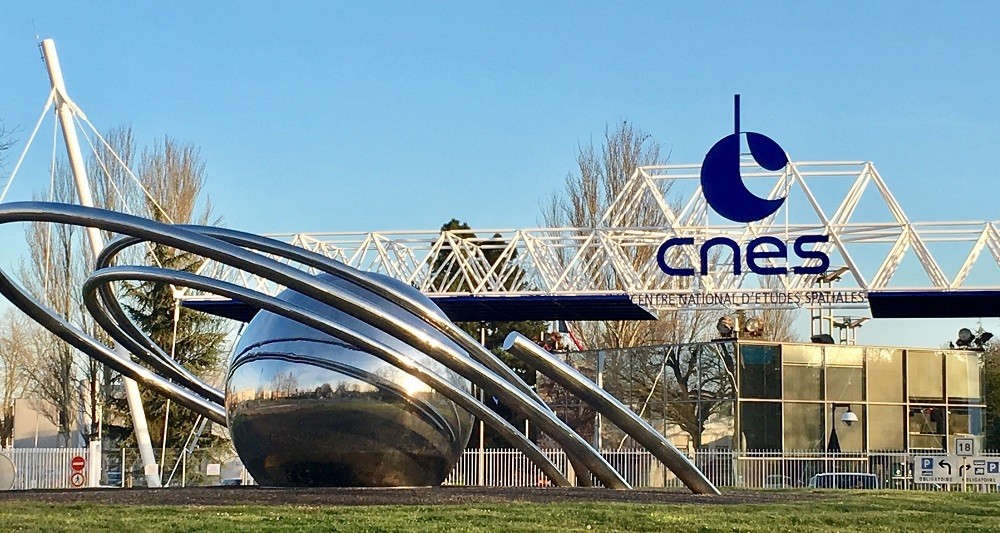 In August 2019, CNES and ISRO committed to developing and building a constellation of satellites carrying telecommunications (AIS*) and radar and optical remote-sensing instruments, constituting the first space-based system in the world capable of tracking ships continuously. The satellites will be operated jointly by France and India to monitor ships in the Indian Ocean. The system will also cover a wide belt around the globe, benefiting a broad range of French economic interests. With a revisit capability making it possible to task acquisitions several times a day, it will also be able to detect oil slicks and trace their origin.

CNES and ISRO are operating a number of climate-monitoring satellites together. TRISHNA, a highly precise thermal infrared observer, will soon join this fleet of Indo-French satellites. After a successful design phase led by the joint ISRO-CNES team, the satellite is now set to enter its development phases in the coming months. TRISHNA will provide continuous thermal monitoring at high resolution, its unmatched capabilities serving precious applications ranging from sustainable agriculture to drought forecasting and monitoring of urban heat islands.
At the end of last year, the Argos-4 Payload Module set to fly on the Oceansat-3 satellite—another major collaboration between the two nations—arrived in India. Oceansat-3 is key to assuring the operational continuity of the Argos system and will bolster the fleet of French-Indian satellites monitoring climate from space.

Since September 2018, CNES and ISRO have set up a working group focused on cooperation in the field of human spaceflight. The two nations are pooling their expertise, notably in the domains of space medicine, astronaut health monitoring and life support. Initial exchanges have concentrated on training for India’s flight physicians and technical teams and the supply of CNES flight systems.

In the domain of space exploration, France will be taking part in ISRO’s mission to Venus, scheduled to launch in 2025. The VIRAL instrument (Venus Infrared Atmospheric Gases Linker) co-developed with the Russian federal space agency Roscosmos and the LATMOS atmospheres, environments and space observations laboratory attached to the French national scientific research centre CNRS has been selected by ISRO after a request for proposals. CNES will coordinate and prepare the French contribution, the first time a French payload will be flown on an Indian exploration mission.