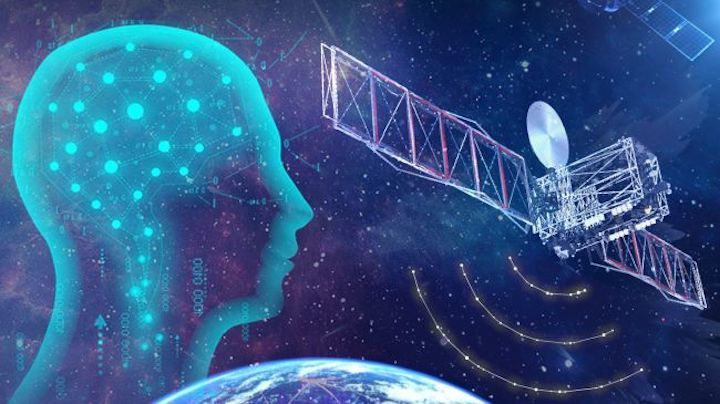 A U.N.-declared international celebration of space science starts next week, and the public can participate in virtual events to mark the occasion.

World Space Week is held each year from Oct. 4 to Oct. 10, and this year's programming will focus on satellites. World Space Week typically features space events hosted by participating space agencies, aerospace companies, museums, schools, and astronomy clubs, although the week will look different this year given public health measures in place to slow the spread of COVID-19.

This year's theme is quite relevant to our increasingly virtual lifestyles. The broad benefits of satellites are "things we don't normally think about; we take them for granted," Maruška Strah, executive director of World Space Week Association, told Space.com in an interview.

"Every single aspect about being able to connect right now [during the pandemic] is thanks to satellites," Strah added.

World Space Week Association president Dennis Stone told Space.com that there is currently a revolution in the satellite industry. "There's a range of accessibility and applications, so we try to get people to look very broadly this year at what's happening in the satellite world," Stone said.

He highlighted the development of cubesats and low Earth orbit megaconstellations as examples of recent trends in the industry. Satellites can also be used to address global issues, Strah said, such as animal migrations and the spread of disease.

Strah and Stone said that the pandemic and its social consequences will likely decrease participation in the week's events.

"This year we realize there's going to be a drop in the number of events because it's not safe to have public gatherings as we would in a normal year," Stone said, before adding that there are ways to bring science to home.

"We're also encouraging people to celebrate space and satellites in safe ways," Stone said. "That could be as simple as parents taking their kids out in the backyard after sunset and looking for satellites in the evening and trying to learn what they are and get excited about what they can do."

Strah is also optimistic about the global connection that virtual events can provide. Digital gatherings could bring people together from different parts of the world at the same time because there is no need to tackle travel constraints.

World Space Week is a UN declared celebration of space held annually, every October 4 to 10. It is the largest space event on Earth, with over 8,000 events reported in 2019 and held in 96 countries. These events are organized by thousands of organizations, including space agencies, aerospace companies, astronomy clubs and museums.

Every year, World Space Week Association selects a theme as a guidance for celebration. Our 2020 World Space Week is dedicated to satellites and their broad benefits under the theme “Satellites improve life.”  With this theme, the World Space Week will show the importance of satellites in daily life and how our lives are affected by satellites such as in communications, environmental monitoring, transportation, weather forecasting, telemedicine, science, and in many other ways.

Indeed, satellites are more important and accessible than ever.   Miniaturization and lower launch costs have made satellites available to schools.  Companies are developing constellations of small satellites to make the Internet available to everyone in the world.  Satellites are so ubiquitous in our lives that we often take them for granted.   Imagine the world without GPS navigation, enabled of course by satellites.

By synchronizing public outreach into this week, our industry’s messages reinforce to reach a global audience.  We thus ask the satellite industry to participate in World Space Week, October 4-10, 2020 to showcase the broad benefits of satellites to society and the companies and people who are key to this industry.   Ways to participate that week:
• Hold an educational public event (can be virtual)
• Encourage teachers to focus on satellites (and encourage employees to speak to schools)
• Write articles for your blog and social media about the benefits of satellites and your your company’s contributions to the global satellite industry
• Whatever you do, add it to the World Space Week calendar at www.worldspaceweek.org

To help promote this global celebration of satellites in 2020, SES CEO Stevel Collar, is serving as World Space Week 2020 Honorary Chair.  In remarks at Satellite 2020 in Washington in March, Collar said, “World Space Week is an opportunity for us to celebrate, to be proud of everything we do together, be amazed at the potential of space, and to excite kids and folks around the world who aren’t part of our space community.”

Join the greatest space celebration on Earth as this year it highlights the satellite industry. 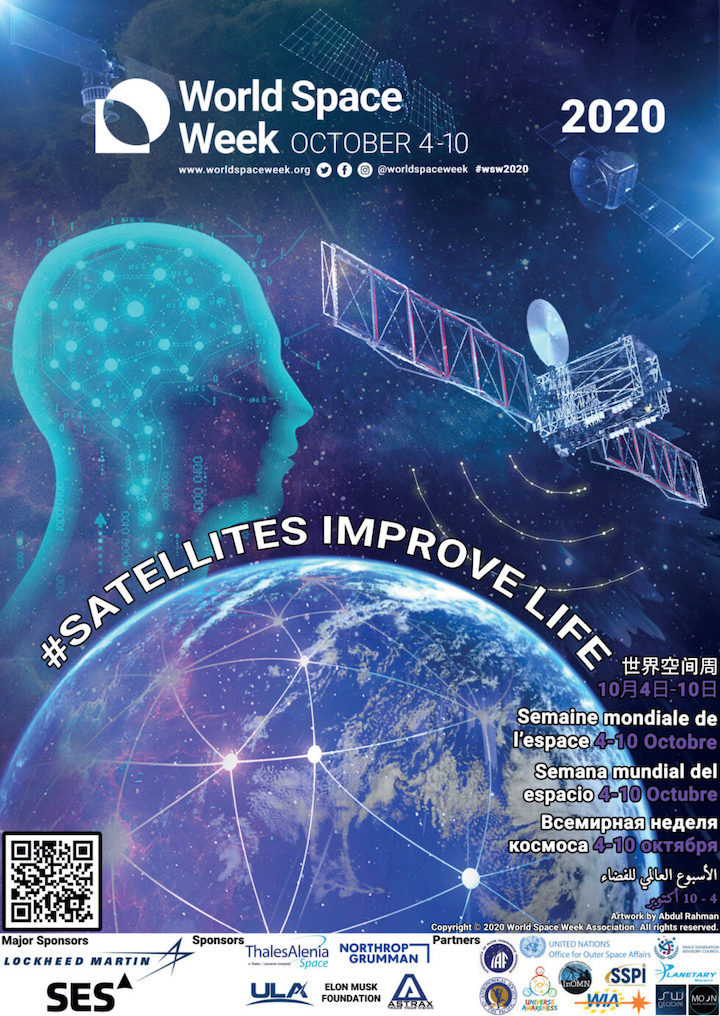 What is World Space Week?

World Space Week is an international celebration of science and technology, and their contribution to the betterment of the human condition. The United Nations General Assembly declared in 1999 that World Space Week will be held each year from October 4-10. These dates commemorate two events:

Where and how is World Space Week celebrated?

What are the goals of World Space Week?