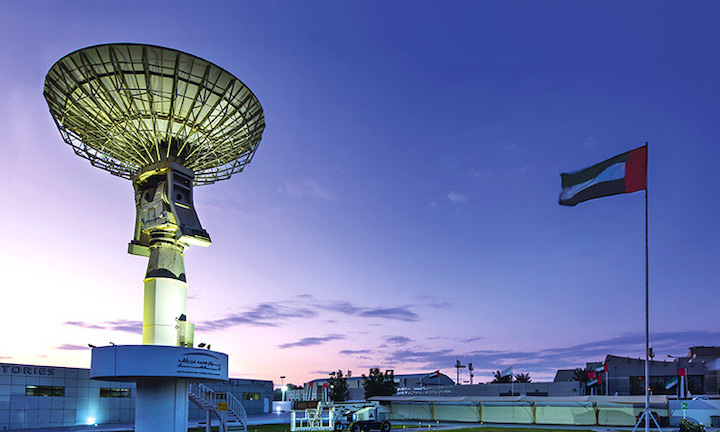 There is no doubt that Emiratis are a very talented people, and the backing of the leadership has helped them do what was hitherto considered well nigh impossible. Long before a lockdown became the new normal, making many lives abnormal owing to the coronavirus pandemic,

UAE nationals had already unlocked their enormous potential of creativity and innovation.

Even the sky is not the limit.

Spurred on by Al Mansoori’s exemplary act, thousands of Emiratis, both men and women, have applied to become the next UAE astronaut on future space missions.

Now, the UAE has gone one step further.

Under the programme, the astronauts will be trained to manage various missions on the International Space Station, including simulated spacewalks and long duration stay among other things.

His Highness Sheikh Mohammed Bin Rashid Al Maktoum, Vice President and Prime Minister of the UAE and Ruler of Dubai, is naturally, delighted. He says, “We are pleased to announce the signing of an agreement with @NASA to train UAE astronauts for potential missions to the International Space Station, including space walks & long duration station missions. The programme will train our youth and astronauts for future missions.”

Through the agreement, the UAE has enhanced its prestige as a spacefaring nation.

The pact beefs up ties in several fields between the UAE and the USA. James W Morhard, Deputy Administrator, Nasa, said, “This agreement to train Emirati astronauts will pave the way for even closer relations between our two nations creating new opportunities for the UAE to become involved in the International Space Station, Artemis, and other Nasa activities.”

Nasa itself is having grand plans, including that to land the first woman and the next man on the surface of the Moon in 2024 at a cost of nearly $28 billion.

The UAE has already marked a milestone in space exploration with the successful launch of the Hope Probe to Mars.

The Hope Probe is expected to give a better understanding of the global dust storms, which will be crucial for future human missions to Mars, according to the European Space Agency, ESA.

“The Hope Probe will be a major contribution to the Mars science community.”

In a message to young people who dream of exploring space, Al Mansoori said, “Anyone in the UAE is lucky, and Emiratis are lucky, because we have leaders who have given us all the tools for success. To the youth of the UAE and the Arab region, I say, hope exists, and we at the United Arab Emirates have opportunities in all fields. This is what we learn from our leaders: there is no impossible, and that you will achieve your goals if you work hard enough.”