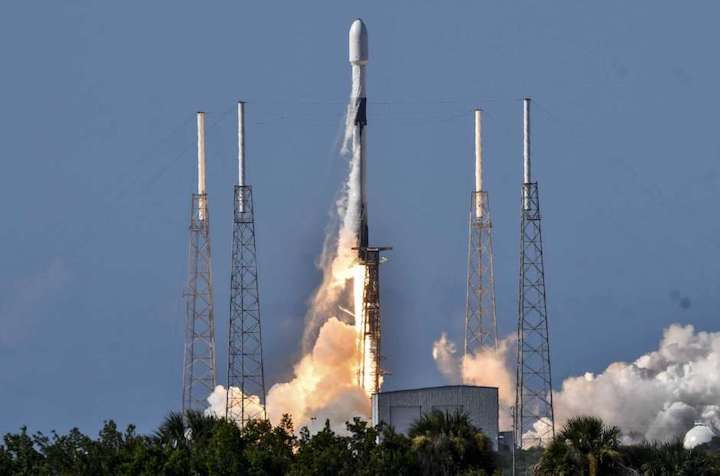 SpaceX on Monday reused the first stage of the Falcon 9 rocket that propelled NASA astronauts Bob Behnken and Doug Hurley into space.

More on that historic launch: NASA, SpaceX pull off first astronaut liftoff from U.S. soil since 2011

The company's rockets have two stages. The first stage has nine Merlin engines that propel the rocket upward for roughly 2 1/2 minutes. As the first stage separates, returning for a vertical landing, the second stage has one Merlin Vacuum Engine that takes over to position the payload in orbit.

Behnken and Hurley have been on the International Space Station since the Falcon 9 rocket launched their Crew Dragon spacecraft May 30 at NASA's Kennedy Space Center in Florida. They are scheduled to return Aug. 2.