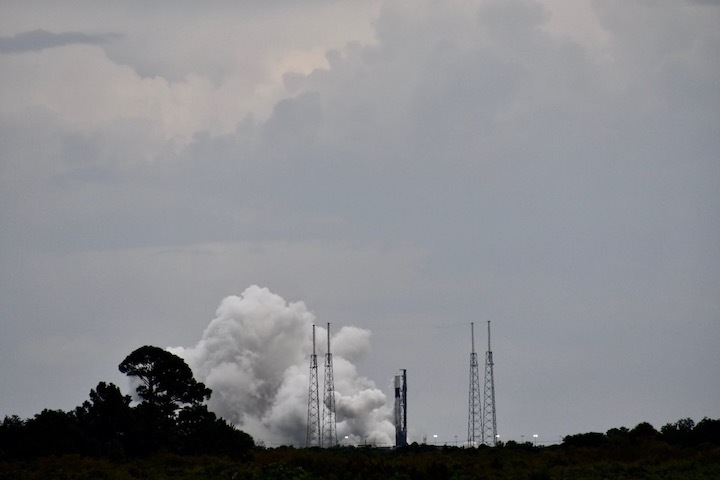 Hours after calling off a launch of a different rocket from a nearby launch pad, SpaceX’s launch team loaded a Falcon 9 rocket with propellant Saturday and fired its nine main engines on pad 40 at Cape Canaveral Air Force Station, setting the stage for a liftoff with a South Korean military satellite as soon as Tuesday amid a busy stretch of missions for the California-based rocket company.

The countdown culminated in ignition of the rocket’s nine Merlin 1D main engines at 6 p.m. EDT (2200 GMT). The engines throttled up to full power, generating 1.7 million pounds of thrust for several seconds while clamps restrained the Falcon 9 on the launch pad.

Onlookers observed a plume of exhaust coming from the rocket and confirmed the the test-firing occurred. SpaceX was expected to officially release an update on the outcome of the static fire test after a quick-look data review.

The Falcon 9 will be lowered and rolled back inside SpaceX’s hangar near pad 40, where technicians will attach a European-made communications satellite named Anasis 2 built for the South Korean military.

Assuming the final days of launch preparations go according to plan, SpaceX plans to launch the mission Tuesday during a nearly four-hour window opening at 5 p.m. EDT (2100 GMT) and extending until 8:55 p.m. EDT (0055 GMT).

The static fire test Saturday for the Anasis 2 mission occurred the same day SpaceX planned to launch a Falcon 9 rocket from pad 39A at NASA’s Kennedy Space Center, located a few miles north of pad 40. SpaceX announced Saturday morning that it called off the launch from pad 39A “to allow more time for checkouts.”

SpaceX tweeted that teams “working to identify the next launch opportunity” for the mission from pad 39A, which will loft SpaceX’s next 57 Starlink broadband Internet satellites and a pair of commercial BlackSky Earth-imaging microsatellites.

The Starlink/BlackSky launch was supposed to take off June 26, but SpaceX delayed the mission to conduct additional pre-launch checkouts. A launch attempt Wednesday was scrubbed minutes before liftoff by poor weather.

SpaceX has launched 11 Falcon 9 missions so far this year, most recently on June 30, when a Falcon 9 rocket took off from pad 40 with a U.S. military GPS navigation satellite.

Developed by Airbus Defense and Space, the Anasis 2 satellite is shrouded in secrecy at the wishes of the the spacecraft’s owner — the South Korean government.

Anasis 2 is based on the Eurostar E3000 spacecraft platform made by Airbus, but details about its performance have been kept under wraps. The Anasis 2 satellite is expected to launch into an elliptical transfer orbit, then use its on-board propulsion system to reach a circular orbit at geostationary altitude more than 22,000 miles (nearly 36,000 kilometers) over the equator.,

Before Anasis 2, South Korea’s military has relied on international and civilian-owned satellites for communications.

SpaceX's two upcoming Space Coast launches, one of which was planned as soon as Tuesday evening, will have to wait just a little longer due to hardware issues and checkouts.

"Standing down from launch of Anasis-II to take a closer look at the second stage, swap hardware if needed," the company said via Twitter Monday afternoon. "Will announce new target launch date once confirmed on the Range."

The Anasis mission, slated to take a South Korean military satellite to orbit from Cape Canaveral Air Force Station's Launch Complex 40, was targeting a window between 5 p.m. and 9 p.m. Tuesday. The Falcon 9 rocket's first stage would have turned around shortly after liftoff for a drone ship landing in the Atlantic Ocean.

SpaceX's other mission stuck in the backlog, meanwhile, has been delayed several times since June and three full-on attempts have been scrubbed due to weather and Falcon 9 hardware issues. The previously flown booster for the flight with Starlink's 10th batch of internet satellites was moved to a horizontal position at Kennedy Space Center's pad 39A on Monday, indicating teams are continuing to work on hardware.

A SpaceX Falcon 9 rocket, seen at right, is lowered to a horizontal position at Kennedy Space Center's pad 39A on Monday, July 13, 2020. The rocket will undergo more checkouts before launching the company's 10th batch of Starlink internet satellites, but a new date has not yet been confirmed.
Emre Kelly / FLORIDA TODAY

The 45th Space Wing's immediate calendar does not have a new date for the Starlink mission. The SpaceX fleet tasked with ferrying drone ships out to sea also turned around back toward Port Canaveral, indicating they don't expect a liftoff and recovery attempt any time in the next couple days.

As it stands, SpaceX is still hoping to launch those two missions this month, plus a third: an Argentinian communications satellite known as SAOCOM-1B into a rare polar orbit. Beyond that, United Launch Alliance continues to eye July 30 for the launch of NASA's Perseverance rover on an Atlas V rocket, a high-stakes journey that will take the spacecraft to the surface Mars from Launch Complex 41.

SpaceX targeting weekend for next launch from Cape Canaveral

SpaceX is now targeting no earlier than this weekend for its next launch of a South Korean military communications satellite from Cape Canaveral Air Force Station.

As of Thursday afternoon, the 45th Space Wing's latest schedule showed that a 230-foot Falcon 9 rocket was slated to launch the mission, known as Anasis II, from Launch Complex 40 no earlier than 5 p.m. Sunday. The window will remain open until around 8:55 p.m.

The company has not yet officially confirmed the launch window. A Space Force weather forecast shows conditions would be 60% "go" for liftoff.

South Korea's first military communications satellite, Anasis II was built by Airbus Defense and Space in France before shipment to the Cape on June 10. Its destination will be geostationary orbit thousands of miles above Earth.

As of Thursday afternoon, a second Falcon 9 rocket at nearby Kennedy Space Center pad 39A was still in its hangar, indicating that teams continue to work on hardware issues. The flight with 57 Starlink satellites has been delayed several times and scrubbed three times due to a mixture of hardware and weather.

Beyond those two missions, a United Launch Alliance Atlas V rocket is still set for its high-profile task to boost NASA's Perseverance rover on a path to Mars no earlier than July 30. Launch Complex 41 will host the launch. 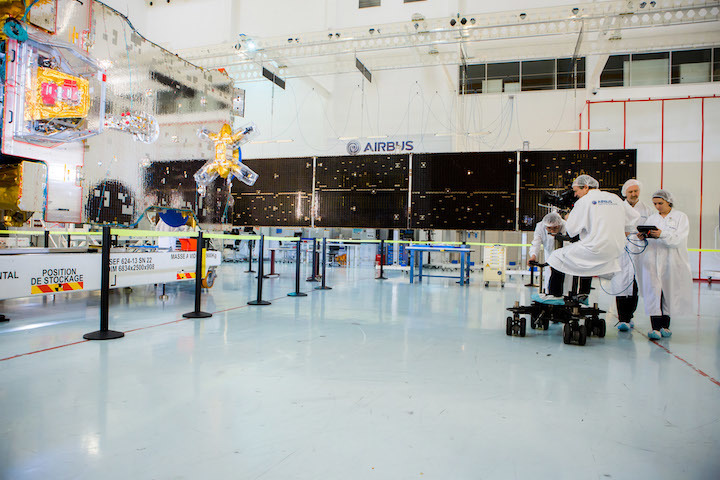 ANASIS-II is based upon the tried-and-true EuroStar-300 satellite “bus”, which has seen more than 50 missions to date. Photo Credit: SES 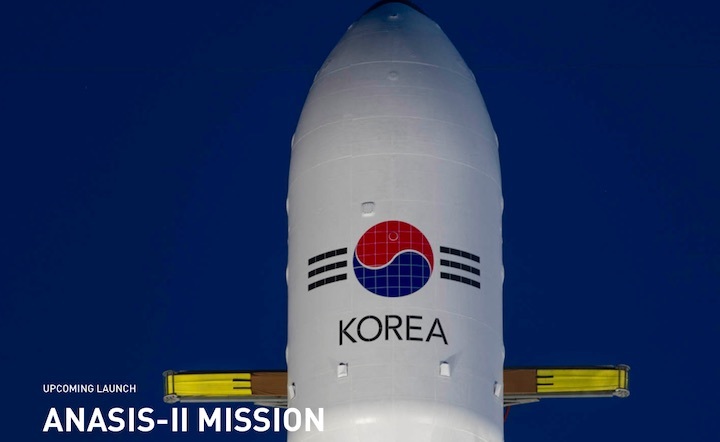 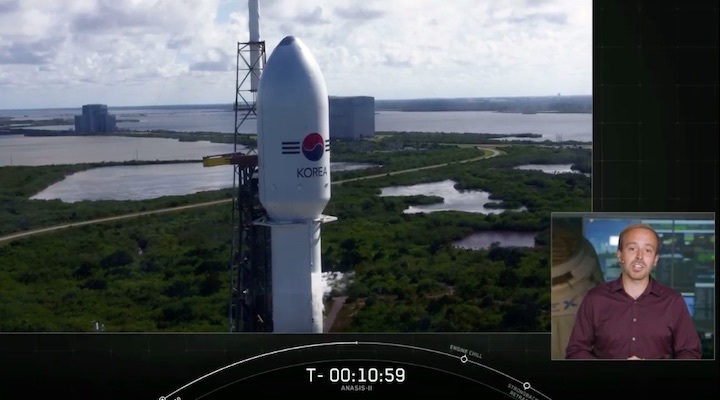 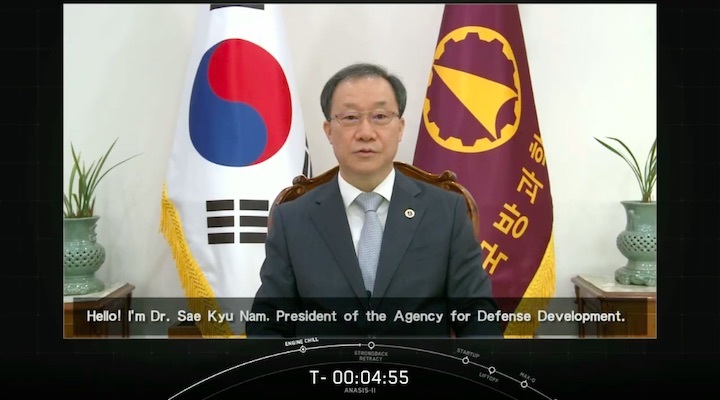 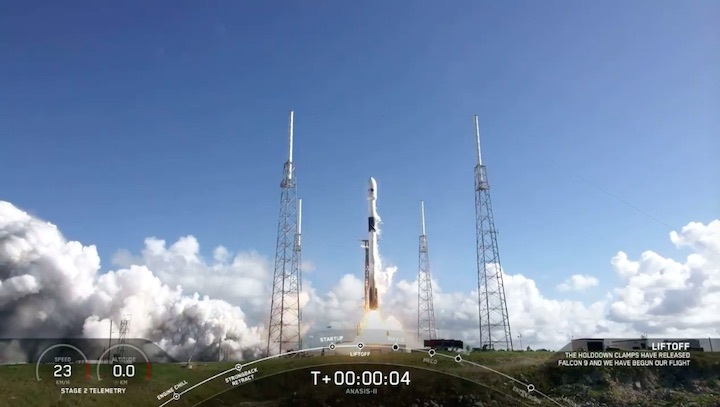 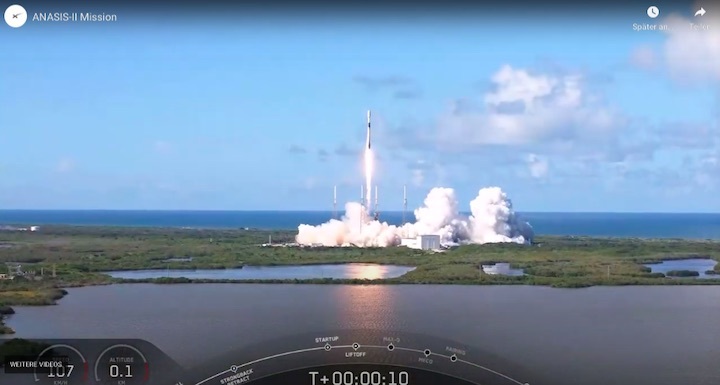 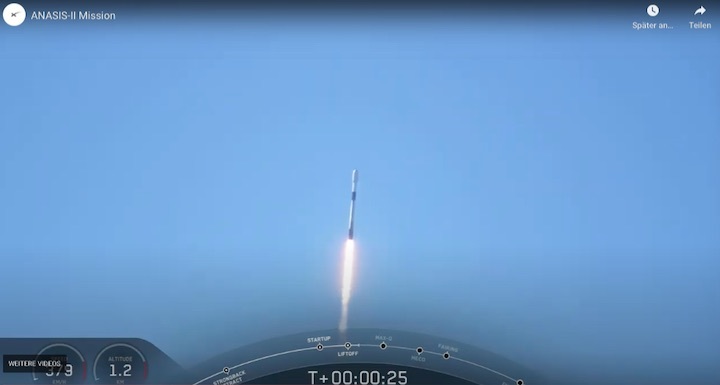 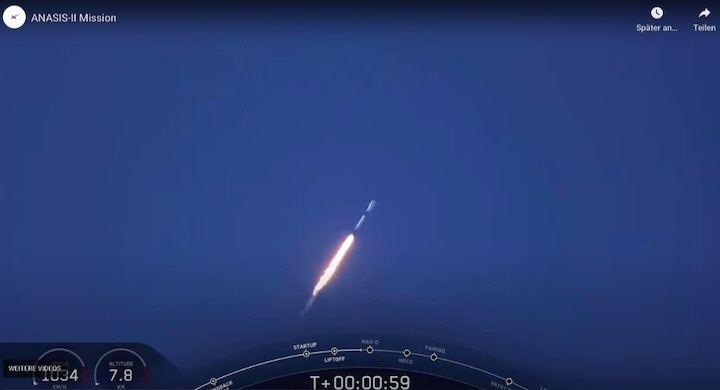 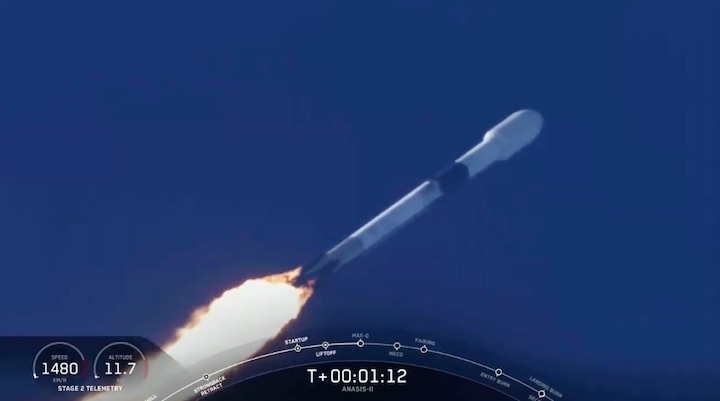 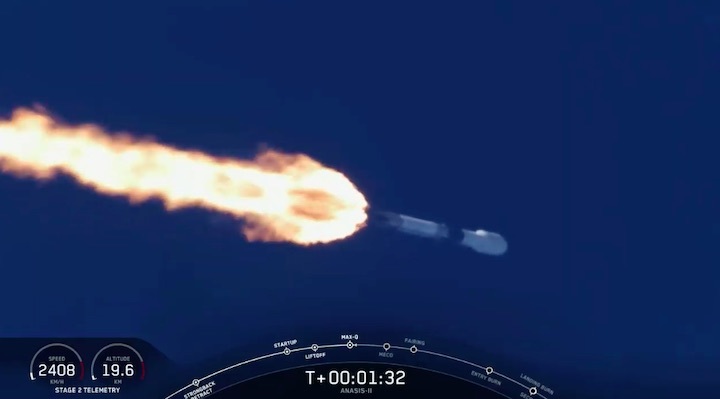 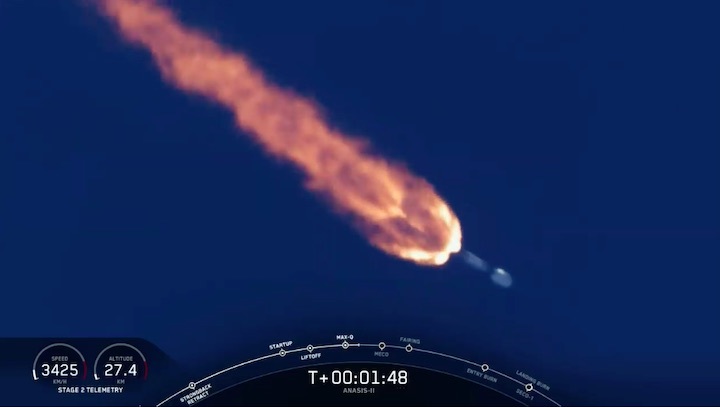 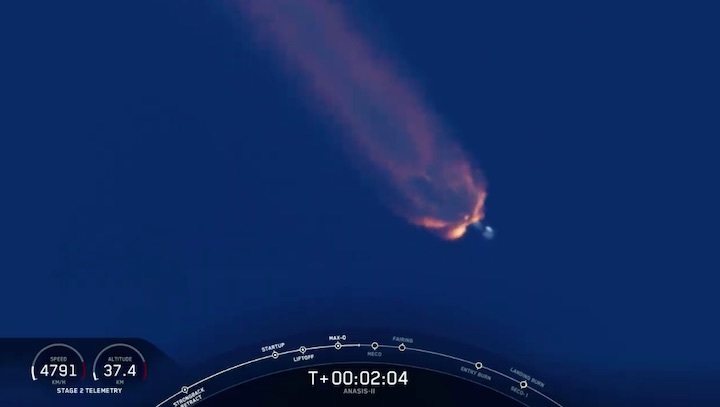 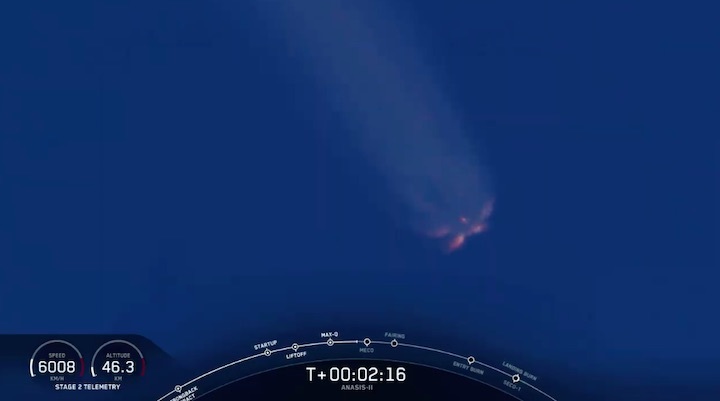 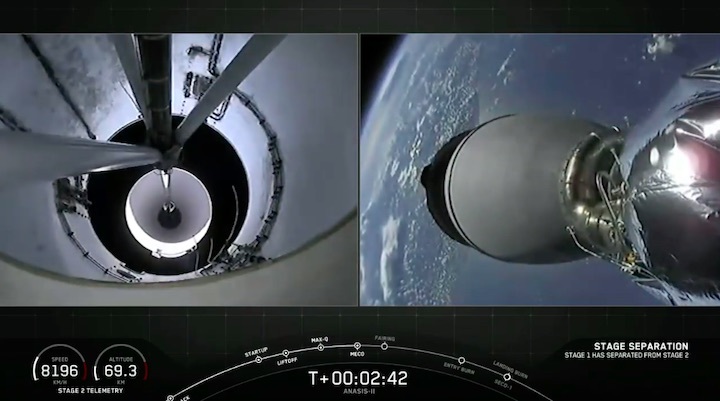 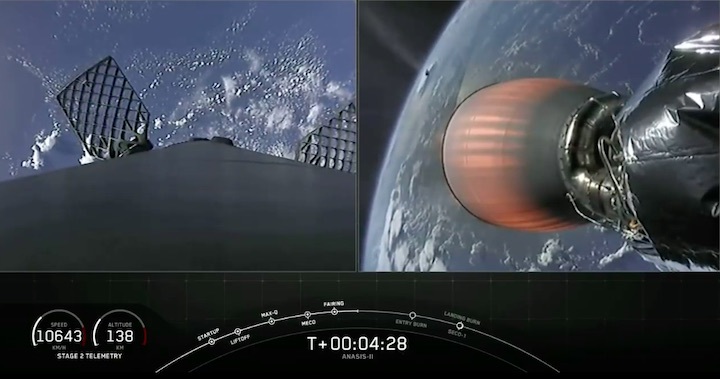 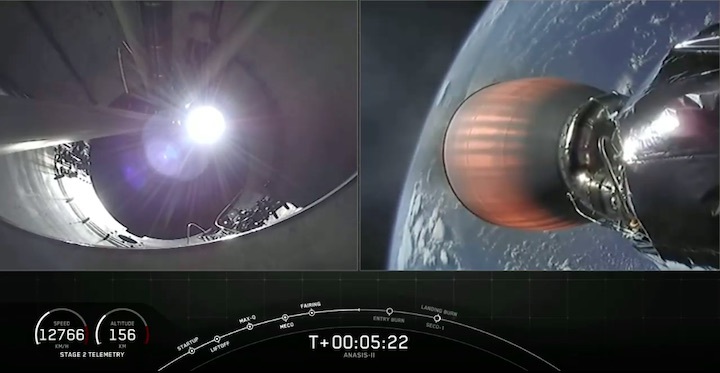 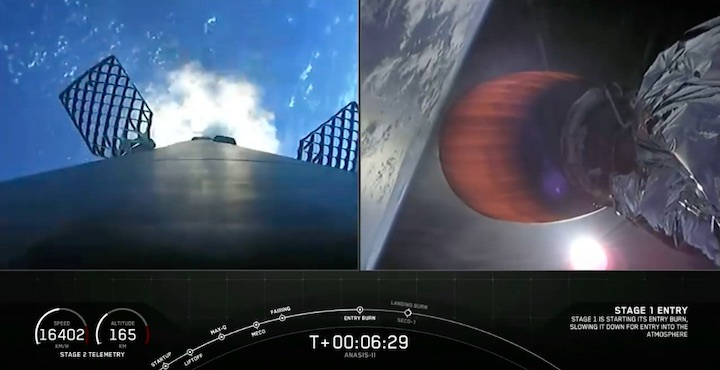 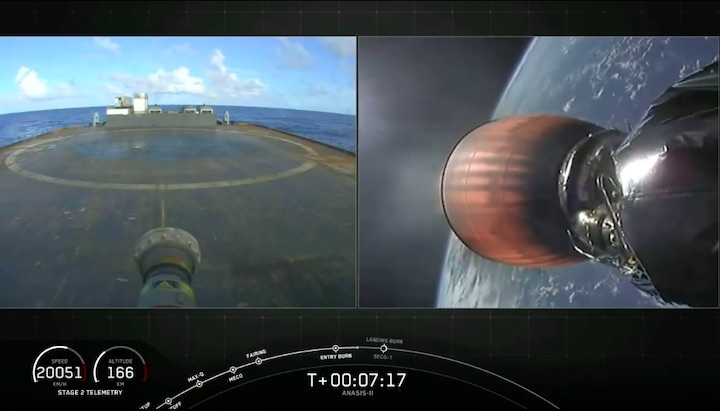 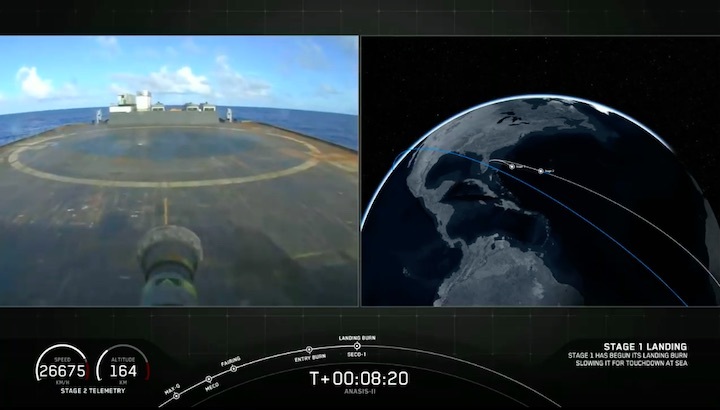 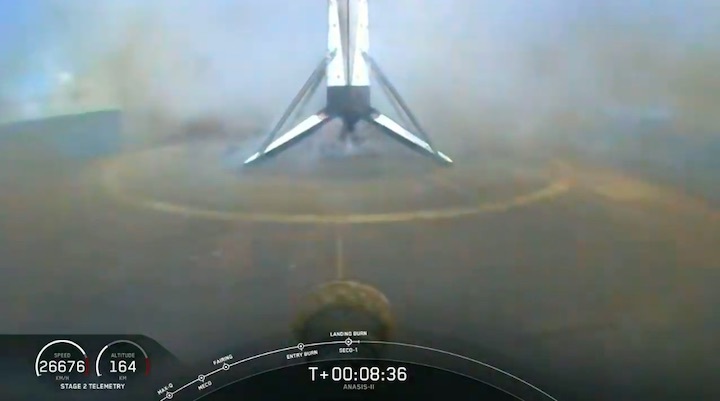 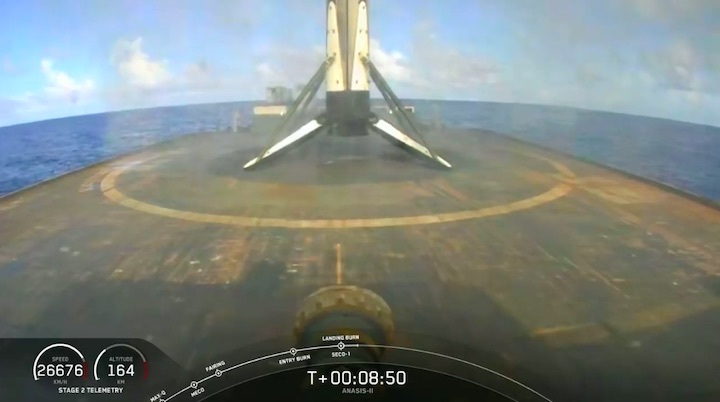 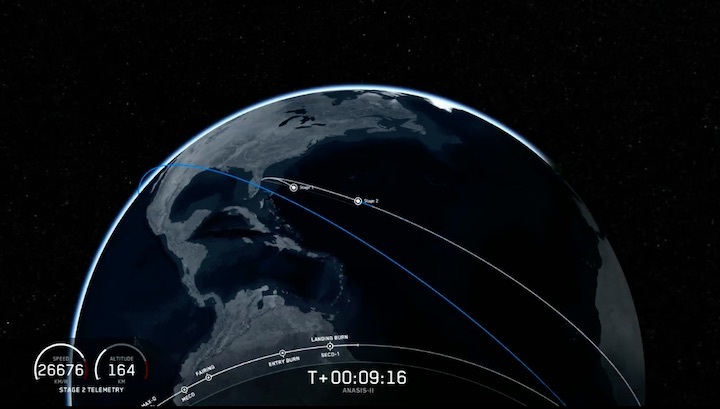 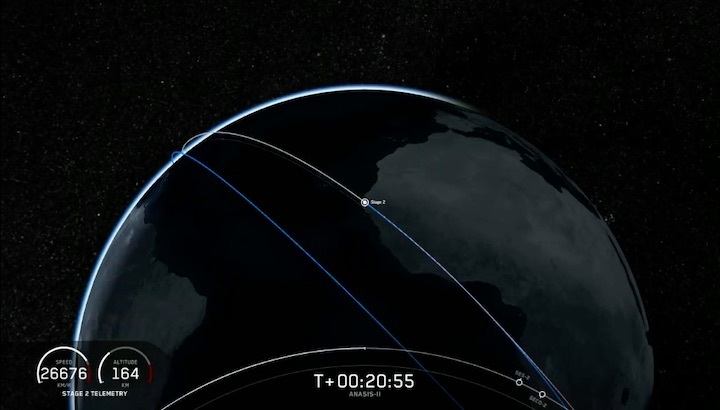 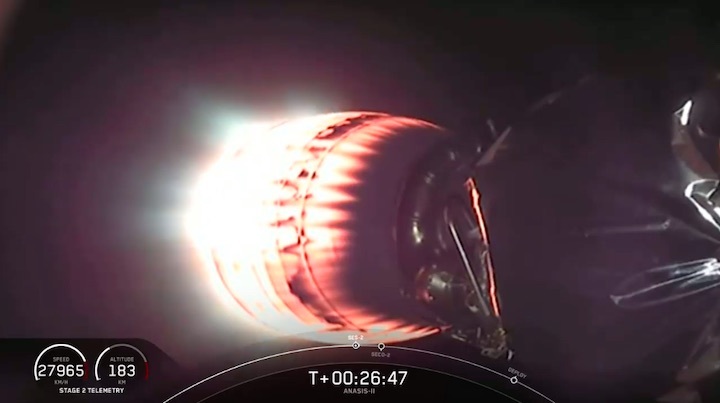 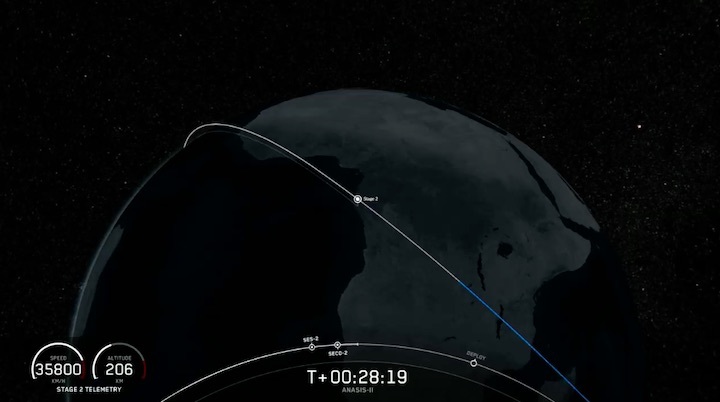