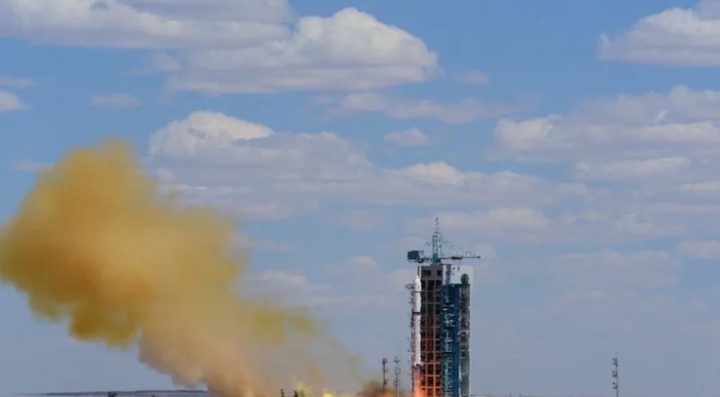 Liftoff of a Long March 2D carrying the Gaofen-9 (03) took place at 3:19 a.m. Eastern at Jiuquan in the Gobi Desert. Launch success was confirmed (Chinese) by main contractor CASC within 30 minutes of liftoff.

Gaofen-9 (03) is a sub-meter resolution optical remote sensing satellite. It follows the launch of the Gaofen-9 (02) satellite on a Long March 2D from Jiuquan May 31 into a 503 x 487 kilometer orbit inclined by 97 degrees. The first Gaofen-9 satellite was launched in 2015.

The final passenger is Pixing-3 (A), a picosatellite technology test developed by Zhejiang University.

The launch was China’s 14th of 2020, which includes failures of the first Long March 7A and a Long March 3B.

The program was initiated in 2010 to provide all-weather, all-day coverage with optical and synthetic aperture radar satellites. CHEOS may also include airborne and near-space systems such as stratospheric balloons.

The Yaogan satellite series is the military reconnaissance counterpart which utilizes similar technology and platforms.

Launch of a final satellite to complete the Beidou navigation and positioning system was scrubbed late Monday. The launch was exceptionally being live streamed by Chinese media.

A Long March 3B rocket was scheduled to send the third generation Beidou satellite to geosynchronous transfer orbit. However an unspecified issue was discovered during pre-launch checks at the Xichang launch center, southwest China.

No new date for the launch has been announced. It is unclear whether the delay will also impact the launch of the APSTAR-6D communications satellite from Xichang. The mission is currently expected near the end of June.

Beidou is used in sectors including public security, transportation, fishing, power, forestry, disaster reduction, the construction of smart cities, social governance and mass market applications. This system can also be used for emergency search and rescue and short message services.

The constellation removes previous Chinese military reliance on the U.S.’ GPS for weapons targeting, guidance and other services.