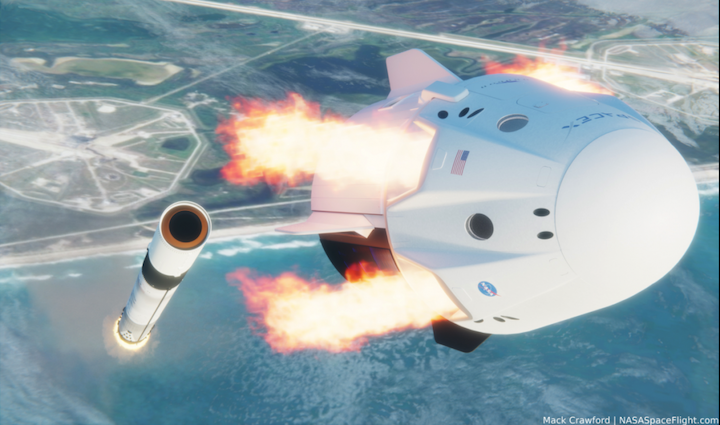 t’s a cliché statement to say Demo-2 will usher in a new era for human space exploration. That much is certain.

But with each new crew launch vehicle comes the inevitable question: how will Crew Dragon actually perform a launch abort and how will it aim itself to predetermined locations in the Atlantic Ocean stretching from the Kennedy Space Center across to the western Irish coast?

Crew Dragon has eight abort modes for Demo-2, one on the pad and seven in-flight.

The modes will likely be refined as flight experience is gained, but it is not expected at this time that the various abort modes will change significantly on future Crew Dragon missions to the Station unless an issue is identified that needs to be corrected.

After Bob Behnken and Doug Hurley board Crew Dragon, the hatch will be closed and the vehicle prepared for fueling.

Unlike all previous U.S. orbital human space missions, the Falcon 9 will be loaded with propellant after Bob and Doug are onboard. This necessitates pulling the crew access arm back at T-42 minutes and activating Crew Dragon’s launch abort system at T-38 minutes.

Fueling will begin at T-35 minutes, at which point Crew Dragon’s SuperDraco abort engines will be standing by to quickly pull the craft and crew away from the Falcon 9 should the unlikely need to do so arise.

This pad abort would result in Crew Dragon landing east of the launch site in the Atlantic Ocean just offshore.

Once liftoff occurs, the abort landing locations change with every passing second of flight, ultimately resulting in Crew Dragon requiring a potential landing off the western coast of Ireland.

In the Shuttle era, in-flight aborts were relatively straightforward as the Shuttle had to either return to the Kennedy Space Center or continue across the Atlantic to a pre-selected, suitably long runway in Europe or Africa where it would have landed like a glider.

To determine abort landing weather for Shuttle, teams only had to look at specific sites, and only one abort landing location had to be acceptable for the Shuttle to launch.

But Crew Dragon won’t land on a runway; it will splashdown in the Atlantic Ocean if an in-flight abort ever occurs.  And NASA has revealed that 50 predetermined abort landing locations will be monitored for the Demo-2 launch, with each of the 50 locations corresponding to one of the seven in-flight abort modes for Dragon.

A certain, undisclosed percentage of abort landing locations in each abort zone will need to be “go” for landing/recovery weather to commit to launch on Wednesday, 27 May during the single-second 16:33:31 EDT (20:33:31 UTC) launch opportunity.

The seven in-flight abort modes and the times after launch they begin are:

The Falcon 9’s second stage will cutoff 8 minutes 44 seconds into flight, delivering the Demo-2 crew into a preliminary orbit of approximately 190 x 205 km.

The stage 1a abort starts at the moment of liftoff and would result in a splashdown stretching from Florida to off the coast of North Carolina.

With recovery teams stationed in Florida and North Carolina, this allows search and rescue crews to reach Dragon within an hour should an abort occur in this region of flight.

Abort stage 1b, still during first stage flight, stretches until first stage cutoff and would result in a landing off the coast of Virginia. 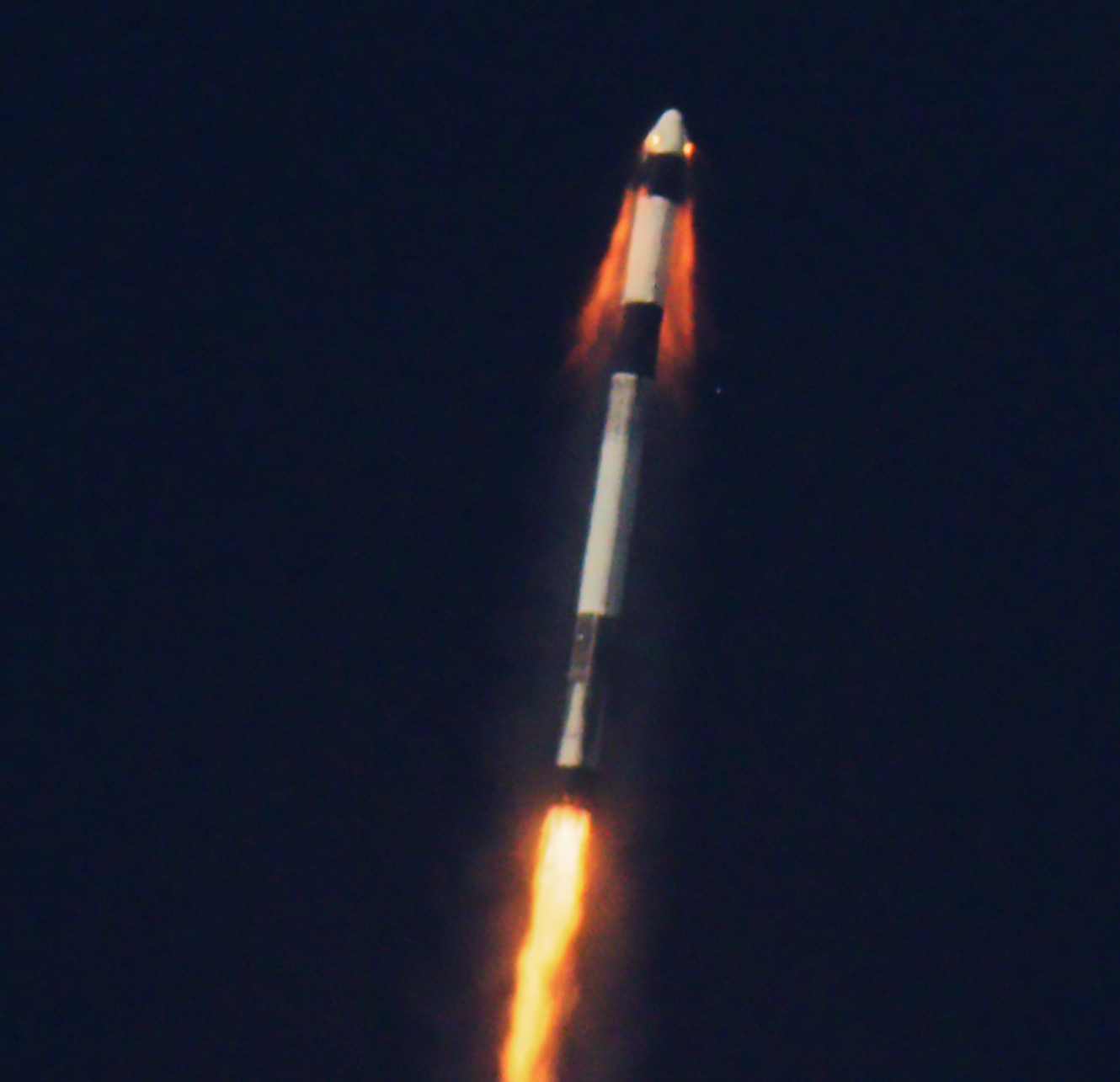 Crew Dragon aborts away from a Falcon 9 rocket during the In-Flight Abort test in January 2020. (Credit: SpaceX)

For both stage 1a and stage 1b aborts, Crew Dragon would use its SuperDraco engines to abort away from Falcon 9 before its regular Draco thrusters reorient and stabilize the capsule before parachute deployment.

Beginning with first stage shut down, the longest of the abort modes begins with stage 2a.

This stretches from T+2 minutes 32 seconds to T+8 minutes 05 seconds and would result in a landing in the Atlantic Ocean anywhere from off the coast of Delaware stretching northward to off the Canadian Maritime Provinces.

During a stage 2a abort, Dragon would separate away from the second stage of the Falcon 9 followed by a series of prograde burns of the SuperDraco abort engines and Draco thrusters to allow Crew Dragon to reach a very specific splashdown location in the North Atlantic.

Abort stage 2b then follows, a short window which would result in a retrograde burn of the SuperDraco engines after popping off the second stage to reach a specific abort location past the province of Nova Scotia.

The following abort mode is stage 2c, which jumps all the way across the Atlantic to just off the western coast of Ireland. It would require a prograde burn of the SuperDraco engines to allow Crew Dragon to reach its abort splashdown target.

Abort stage 2d would also see Crew Dragon land in the Atlantic off the western coast of Ireland, but would require a retrograde burn of the SuperDraco engines to bring the crew down in this zone. 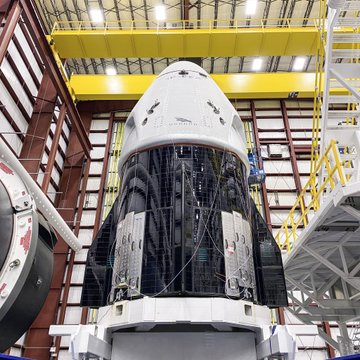 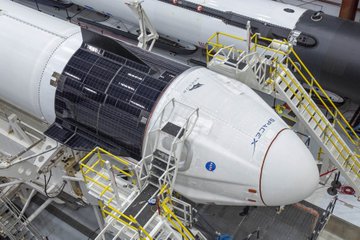 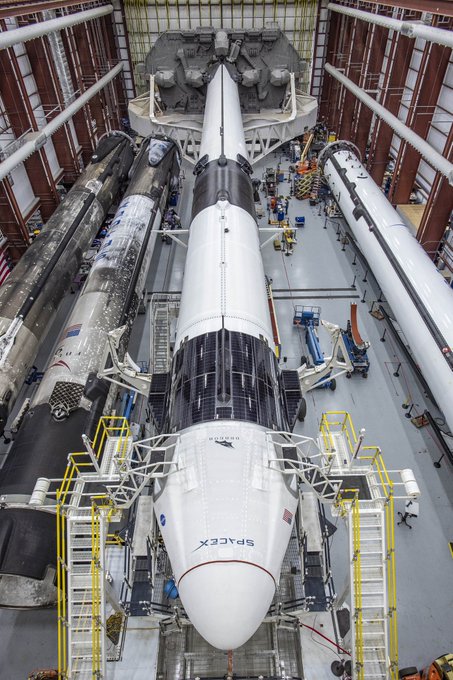 The final stage 2e abort is reserved for minor performance issues in the very last second of orbital ascent.

This is essentially an Abort To Orbit where Crew Dragon would either fire its regular Draco thrusters to achieve orbit or would be in what is known as a lower-than-planned-but-safe orbit where it could simply continue its mission.

The various abort modes will be called up to the crew during launch as each new abort stage is reached.