If so, China may be in the lead. 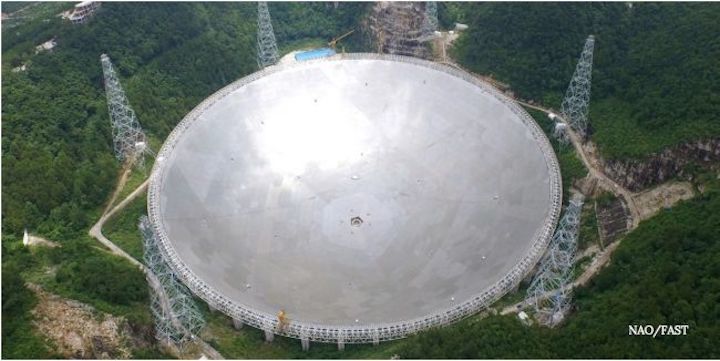 Researchers using China's new Five-hundred-meter Aperture Spherical radio Telescope (FAST), the largest single-dish scope in the world, are piecing together a technological strategy to carry out a major and sweeping search for extraterrestrial intelligence (SETI).

What if China someday announces that this hunt has been successful? How would such a claim be verified, and what might the consequences be? And could an unofficial international SETI race already be underway?

Space.com asked several SETI authorities to flesh out the implications of China being the first nation to get a ping from ET.

FAST is a leap forward for Asia's presence in radio astronomy and possibly in SETI. Indeed, the Chinese now can be major players in SETI if the nation chooses to be, said Michael Michaud, author of the book "Contact with Alien Civilizations: Our Hopes and Fears about Encountering Extraterrestrials" (Copernicus/Springer, 2007).

"Most scientific fields had been dominated by Americans and other Westerners since the end of World War II. China is now catching up with, and in some areas surpassing, Western achievements," Michaud told Space.com. "Already, China has the resources to become the world's leading nation in several fields of scientific research and technology development."

China has a vast reservoir of scientific and engineering talent, Michaud said. The nation also has an authoritarian government that can command resources at will, without facing significant political opposition. Above all is the authority of the Chinese Communist Party, whose leaders dominate decision-making. The FAST telescope would not exist without the Party's approval, he said. 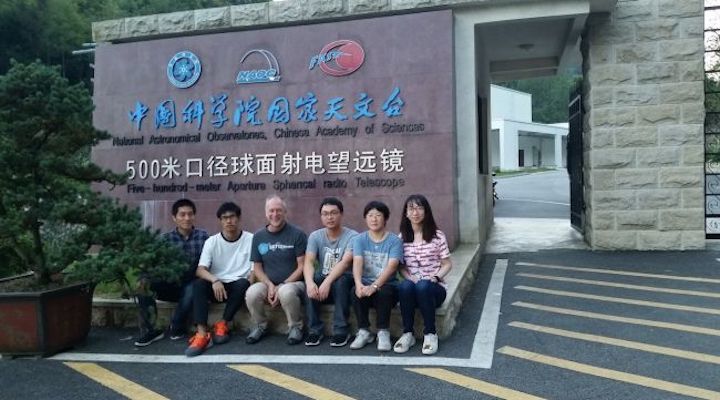 "The FAST telescope may give China a powerful means of transmitting radio signals that might be detected by an extraterrestrial civilization," Michaud said.

In his 2008 novel "The Three-Body Problem," award-winning Chinese science-fiction writer Cixin Liu painted a dark picture of what such messaging extraterrestrial intelligence (METI) signals could mean for humankind, Michaud said.

"It is not yet clear whether this view is widely shared in China. Any serious effort to transmit powerful signals with the FAST radio telescope is likely to require the Chinese political leadership's approval," Michaud said.

"Anyone hoping for a redo of the 1960s 'space race' between the Soviet Union and the United States in today's international SETI scene is going to be disappointed. In SETI, international cooperation wins over competition," said Douglas Vakoch, president of METI International in San Francisco.

"At times like this, when we see the coronavirus being relabeled the 'Chinese virus' for political impact, we need to avoid attributing clandestine intentions to SETI scientists of any nationality," Vakoch said. "Astronomers from any country would take a special pride in being the first scientists to detect intelligent aliens, but astronomers who insist on going it alone without support from colleagues in other countries risk losing out on confirming their discovery."

SETI scientists who are tracking promising signals coming from the vicinity of another star want to keep the observations going even after the star sets at their observatory, Vakoch pointed out.

"That means contacting colleagues who can start observing when the star rises at their location. In the best-case scenario, observatories around the world are tracking the signals 24/7, ideally from multiple sites at the same time," he said.

Vakoch said that, as China implements its Commensal Radio Astronomy FAST Survey (CRAFTS), the nation will be on the lookout for such widely differing phenomena as fast radio bursts, pulsars and — with beefed-up signal processing capabilities — distinctly artificial signals from extraterrestrial intelligence.

"Unless you can observe the same signals coming from space at two locations on Earth, using independent observatories, it's hard to rule out the signal being caused by a technical glitch occurring at a single site," Vakoch said. "And an interesting signal that appears without warning during a survey for transients could just as quickly disappear, so the pressure is on to pinpoint its source and determine whether it has the characteristics of a signal from an alien civilization." 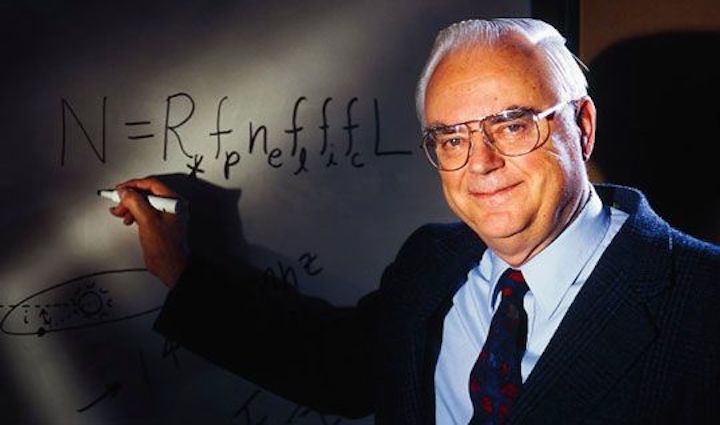 So, if SETI scientists detect a good candidate signal with China's FAST, to confirm the signal they may need to wait until it can be picked up by the Parkes radio telescope in Australia, or the Green Bank Observatory in the United States, Vakoch said.

The most likely scenario for secrecy following detection of a putative signal, Vakoch said, is in a targeted search.

In targeted searches, a telescope points at one star for a few minutes, and if it finds no telltale signs of ET, it moves to the next target star on its list. So if aliens are transmitting in Earth's direction at the exact time we just so happened to be scanning their star system for radio signals, we probably didn't just get lucky, Vakoch said.

"From my point of view, there is no SETI race, official or unofficial, just two nations trying to answer one of the greatest scientific questions of all time," said Steven Dick, author of "Astrobiology, Discovery, and Societal Impact" (Cambridge University Press, 2018).

"Having said that, the consequences of a first discovery could be quite profound," Dick added. "Even if a signal were detected in the United States, it is likely to be ambiguous and an extended affair as astronomers try to figure out whether or not it is a real ET signal."

Dick said that any discovery in China is bound to be complicated by geopolitical considerations and communication problems. "Although international SETI protocols basically call for confirming the signal and then telling everyone," he said, "those protocols are unlikely to be followed in the heat of the moment."

Related: Fermi Paradox: Where are all the aliens?

In the unlikely case that there is an unambiguous ET signal, with an encoded message, and if the message can be deciphered, Dick said, all bets are off, depending on what the message says!

"That will be an endeavor that involves not only astronomers, but communications experts and a wide array of scholars in the social sciences and humanities," Dick said. "In the broadest sense, in the long term, contact with ET is likely to change our religious, philosophical and scientific worldviews in ways we cannot yet predict."

Astronomie - Ready, SETI, go: Is there a race to contact E.T.?
132 Views
Created with page4