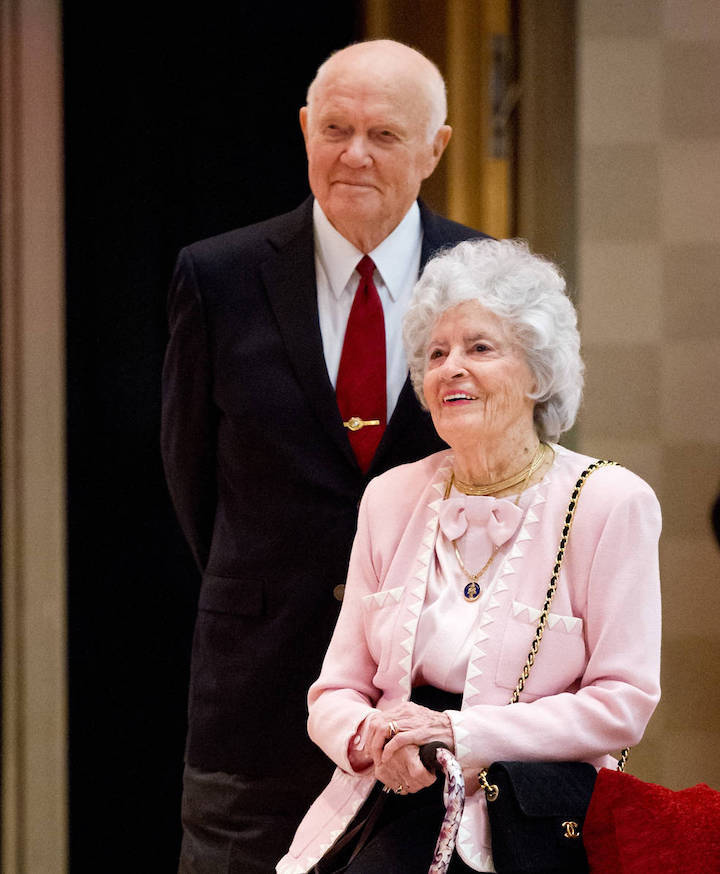 The following is a statement on the passing of Annie Glenn, wife of former NASA astronaut Sen. John Glenn:

“We are deeply saddened by the passing of Annie Glenn. A stalwart member of the space and military communities, her courageous support of her legendary husband John was unmatched.

“She provided an example for other women who followed to face the challenges of being part of our nation’s space program, and the stress of having spouses in combat. She stood steadfastly by her husband as he took to space once again as the oldest person to orbit Earth, even as she continued her own lifelong public service on behalf of children, the elderly, and the disabled.

“The Glenns dedication to each other is well known, and we looked to them as an unmatched example of the strength and compassion that a lifetime of devotion creates. She will be missed.”