With the theory that life originated in outer-space undergoing a revival, Stephen Fleischfresser traces the ancient history of this surprisingly resilient idea. 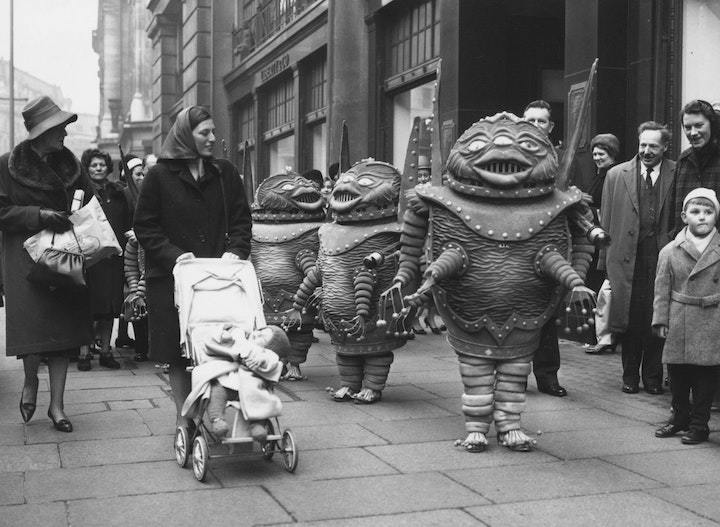 A recent journal paper argues that life did not originate on our planet, but arrived within comets and meteorites falling to earth.

This life comes from a cosmic biosphere encompassing multiple galaxies. While this seems like science fiction, the paper, written by 33 authors led by immunologist Edward Steele of the C.Y.O'Connor ERADE Village Foundation in Piara Waters, Western Australia, is actually a revival of the notion of panspermia (meaning ‘seeds everywhere’), the belief that life came to Earth from space.

Far from being a fringe theory, it has been a central feature of the scientific debate over the origin of life.

The history of panspermia is mostly composed of fleeting mentions and conceptual sketches until the beginning of the late nineteenth to early twentieth century.

The first fragmentary hints of the idea come from the Pre-Socratic Greek philosopher Anaxagoras of Clazomenae (500 to 428 BCE). The Pre-Socratics tended to seek rational explanations for the world around them and were more scientists than philosophers. Anaxagoras, in his cosmological musings, twice mentions ‘seeds’ (in Greek, spermata) as part of the cosmos, though he does not clarify the word’s meaning. Some scholars have taken this to mean that life came to Earth from elsewhere and that it is an essential part of reality.

In the eighteenth century, the French natural historian and government official, Benoît de Maillet, formulated a proto-evolutionary theory in his book Telliamed (“De Maillet”, in reverse). In it he claimed that the cosmos “is full of seeds of everything which can live in the universe” and such seeds are “more numerous around the opaque globes in thick airs and in waters than in the immense spaces, in these oceans of void by which the globes are separated.”

In the nineteenth century a confluence of three scientific developments led some to consider panspermia more seriously.

The first development was that the Kant-Laplace hypothesis that the solar system formed from a nebula, indicated that the early earth’s surface was too hot to sustain life. This meant that life first appeared in a lifeless environment.

Secondly, Darwin’s evolutionary theory implied a point of origin from which all life descends but made no attempt to elucidate what it might be. This put the question of the origin of life firmly on the map.

These three discoveries made it scientifically near-impossible to imagine life arising on the early Earth from non-living matter, but made the question of origin more urgent than ever before.

The German physician Hermann Richter was the first to revive panspermia in light of these new considerations, and first to name it thus.

In 1865, irritated at Darwin’s silence on the origin of life, and of the opinion that the laws of conservation of matter and force suggested that the universe was eternal, he wrote, “We therefore also regard the existence or organic life in the universe as eternal; it has always existed and has propagated itself in uninterrupted succession. Omne vivum ab aeternitate e cellula!” This last translates as “all life since eternity comes from cells”. He called extra-terrestrial life cozmozoa, and suggested that panspermia was “consistent with views established in other fields of science; it provides the cornerstone for Darwin's bold edifice.”

Sir William Thompson, later known as Lord Kelvin, wrote in 1871, "We must regard it as probable in the highest degree that there are countless seed-bearing meteoric stones moving about through space. If at the present instance no life existed upon this Earth, one such stone falling upon it might, by what we blindly call natural causes, lead to its becoming covered with vegetation."

Though the late historian of science Harmke Kamminga has suggested that Kelvin’s motives were based in his spiritual views, he too had numerous scientific reasons to consider panspermia a preferable explanation of the origin of life.

The renowned physician and physicist Hermann Helmholtz was part of a growing German base of supporters of Richter and Kelvin and the eternal life-filled universe. He noted that meteorites contain organic molecules and comets seem composed of hydrogen and carbon.

In 1871 he wrote of this, “Who knows whether these bodies, which everywhere swarm through space, do not scatter germs of life wherever there is a new world, which has become capable of giving a dwelling place to organic bodies?”

Helmholtz saw panspermia as thoroughly scientific, writing “it seems to me a perfectly correct scientific procedure that, when all our attempts to produce organisms from lifeless matter fail, we may enquire whether life has ever originated at all, whether it is not as old as matter itself, and whether its germs have not been transported from one world to another and developed themselves wherever they found a favourable soil.”

Panspermia became truly scientific with the work of the Nobel-prize winning Swedish scientist Svante Arrhenius in the early twentieth century.

In 1908 he wrote, “Man used to speculate on the origin of matter, but gave that up when experience taught him that matter is indestructible and can only be transformed. For similar reasons we never inquire into the origin of the energy of motion. And we may become accustomed to the idea that life is eternal, and hence that it is useless to inquire into its origin.”

While Arrhenius fully embraced Richter’s panspermia and the eternal universe within which it played out, he was deeply sceptical of the idea that life was transported via solid bodies.

Inspired by Pyotr Lebedev’s experimental confirmation of James Clerk Maxwell’s hypothesis that radiation could exert pressure on solid surfaces, Arrhenius suggested that microbes were transported around the universe by solar radiation.

Bacterial spores, he maintained, could survive long periods of deep cold. Beyond that, Emile Roux, one of Pasteur’s close collaborators, had shown that anthrax could survive UV radiation in the absence of air. Both findings led Arrhenius to believe that bacteria would remain viable across the vast depths of interstellar space.

The French plant physiologist Paul Becquerel finally demonstrated that Roux’s results were due to experimental error, and the space-hardiness of bacteria was debunked, taking with it the idea of panspermia.

In its absence, the Russian biochemist Alexander Oparin put forward the first real theory of how life might arise from non-life (abiogenesis) in his 1938 book The Origin of Life. Elements of this were later demonstrated by Stanley Miller’s famous 1953 experiment, in which he synthesised amino acids from a mixture of chemicals and electricity. Later developments saw the hypothesis refined, with the rudiments of what would become life first based in RNA, then RNA and proteins and then finally with the addition of DNA.

Nonetheless, many, like present-day panspermia advocate, astrobiologist Chandra Wickramasinghe, maintain that this sequence of events is “superastronomically improbable”, and thus the notion of panspermia is a far more parsimonious explanation for the origin of life.

Astronomie - Over our heads: a brief history of panspermia
1119 Views
Created with page4