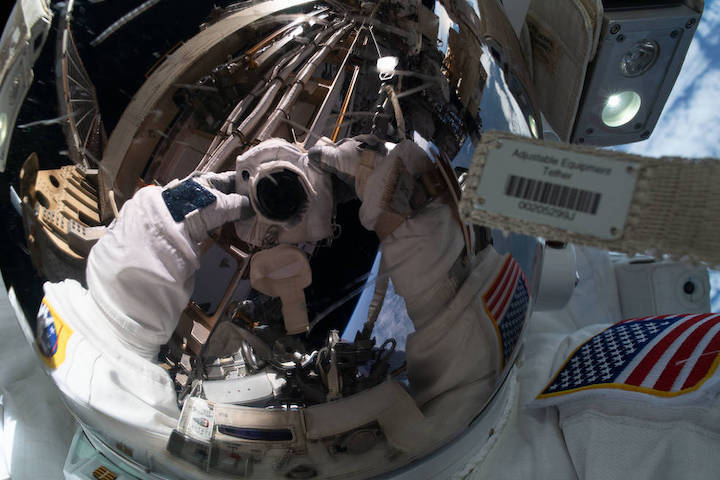 NASA astronaut Jessica Meir takes an out-of-this-world "space-selfie" with her spacesuit helmet visor down reflecting her camera and International Space Station hardware. She and fellow NASA astronaut Christina Koch (out of frame) ventured into the vacuum of space for seven hours and 17 minutes to swap a failed battery charge-discharge unit (BCDU) with a spare during the first all-woman spacewalk.
Credits: NASA

Four astronauts will venture outside the International Space Station for three spacewalks in January to complete battery upgrades and finalize repairs to an invaluable cosmic ray detector.

Assuming the battery work goes as planned, NASA astronaut Andrew Morgan and space station Commander Luca Parmitano of ESA (European Space Agency) will exit the station Saturday, Jan. 25, to finish installing the Alpha Magnetic Spectrometer’s (AMS) new cooling apparatus and lines begun in November and December, and verify they are ready for use.

Live coverage of all three spacewalks will begin at 5:30 a.m. EST on NASA Television and the agency’s website.

Morgan, who will be EV1 for the AMS spacewalk, and Parmitano, who will be EV2, performed the three previous spacewalks to repair the spectrometer, which is searching for dark matter and antimatter in the universe using the station’s unique location and capabilities for scientific research.

The spacewalks will be the 225th, 226th and 227th in support of space station assembly and maintenance. 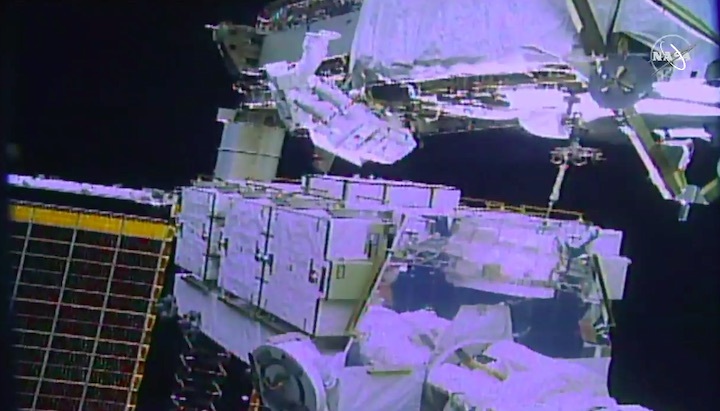 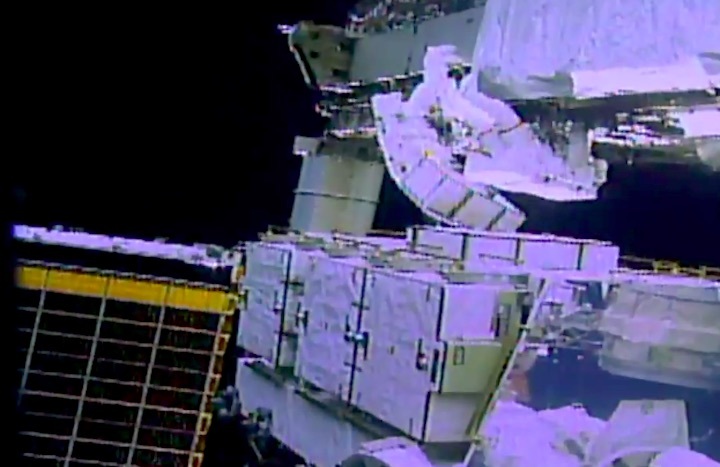 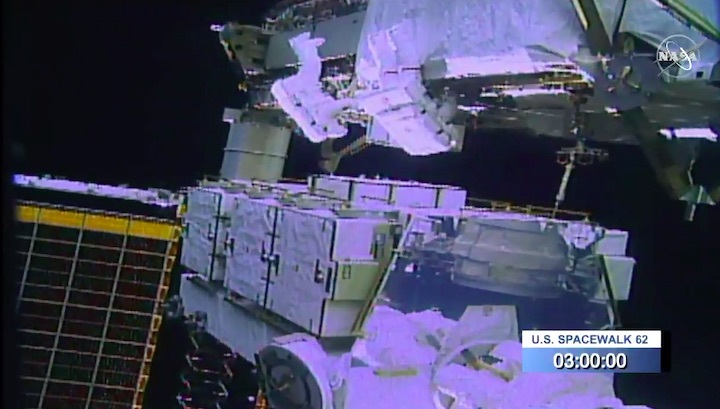 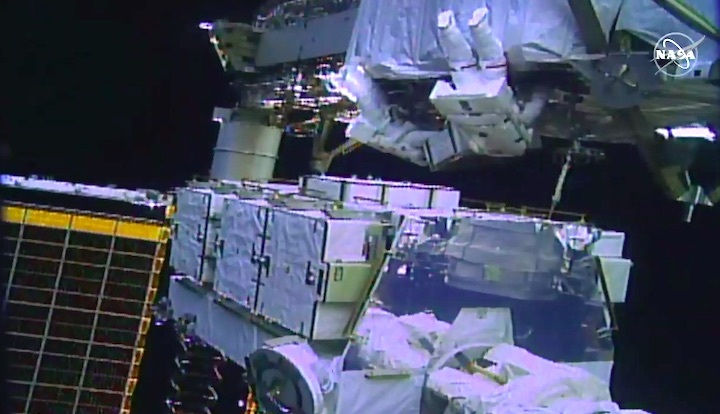 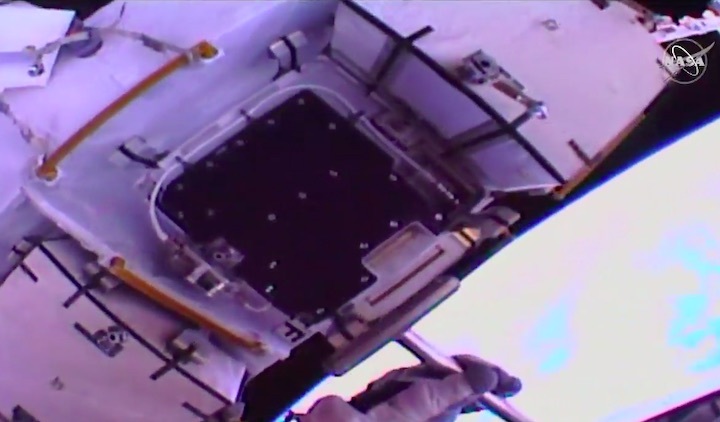 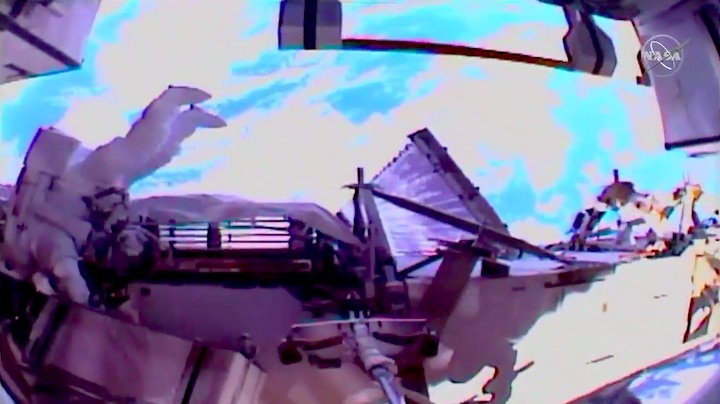 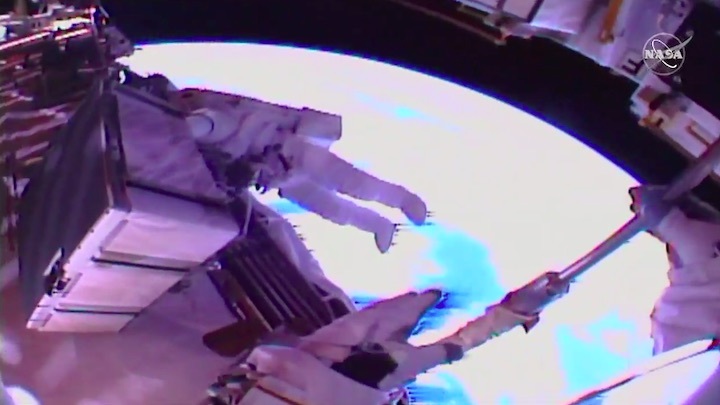 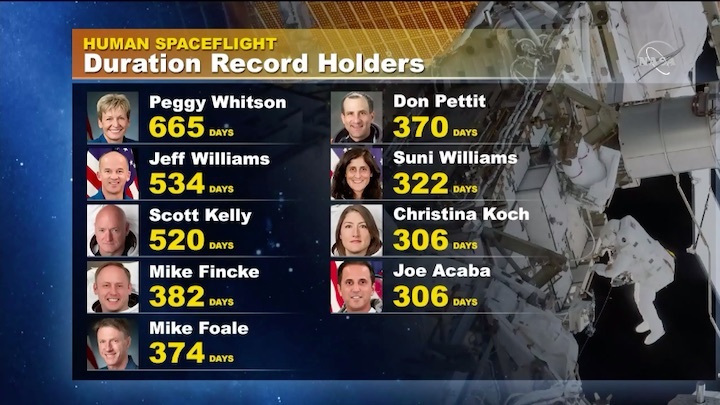 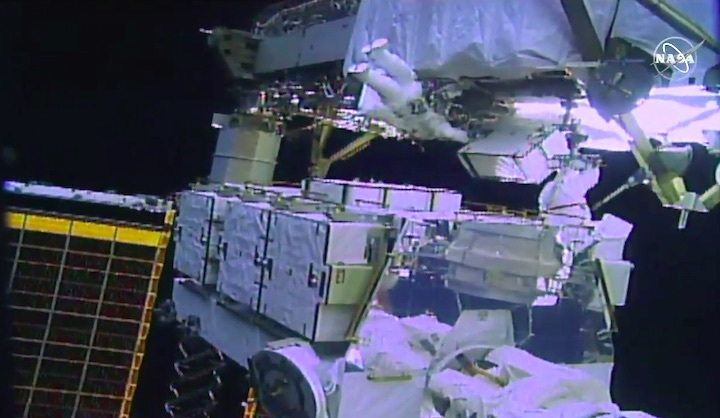 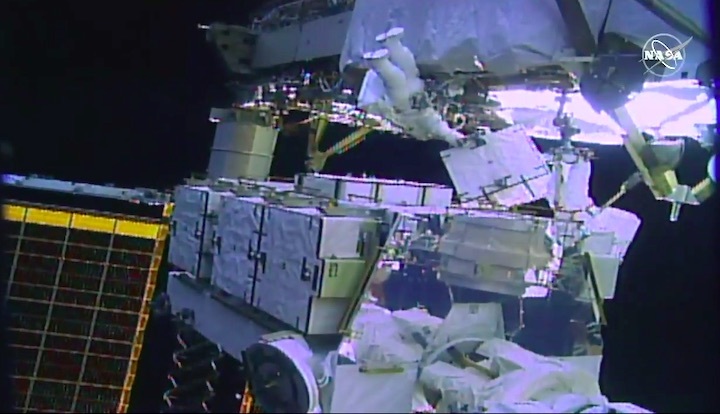 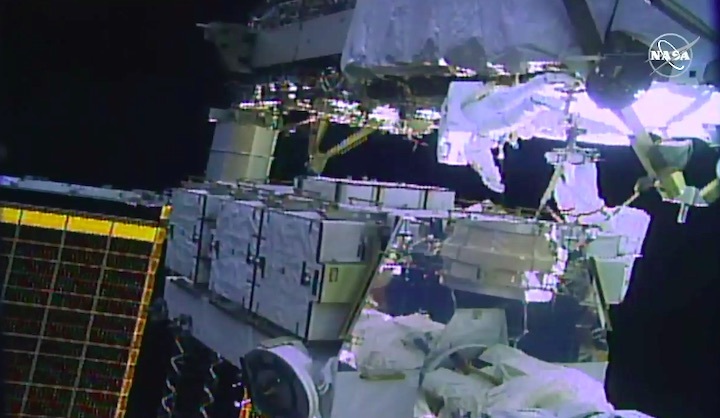 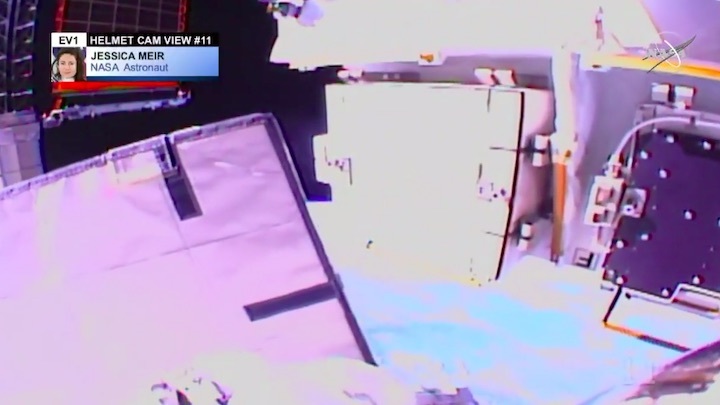 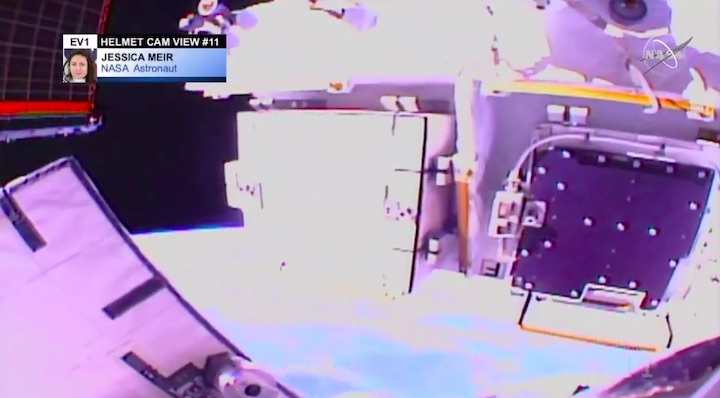 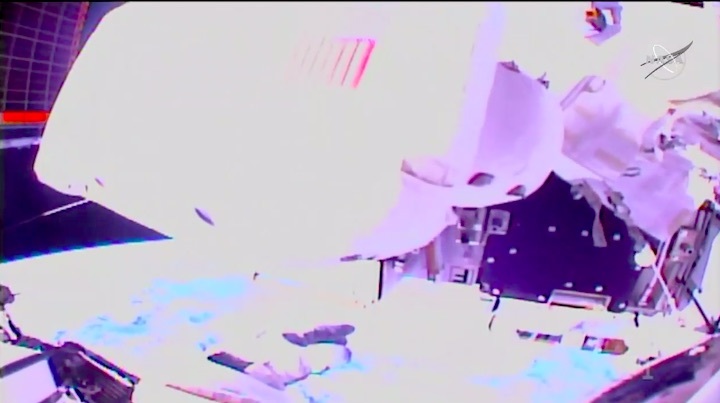 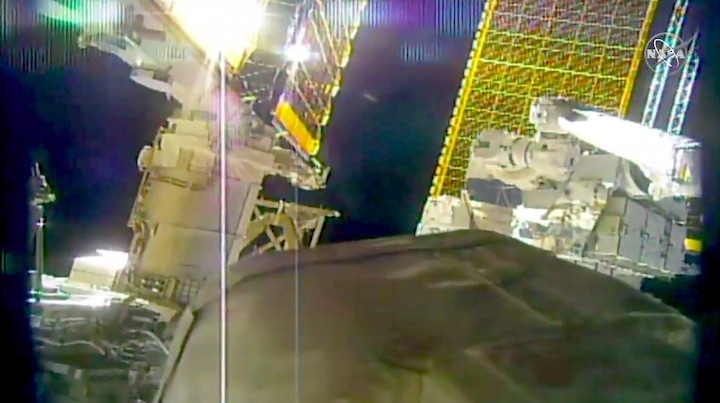 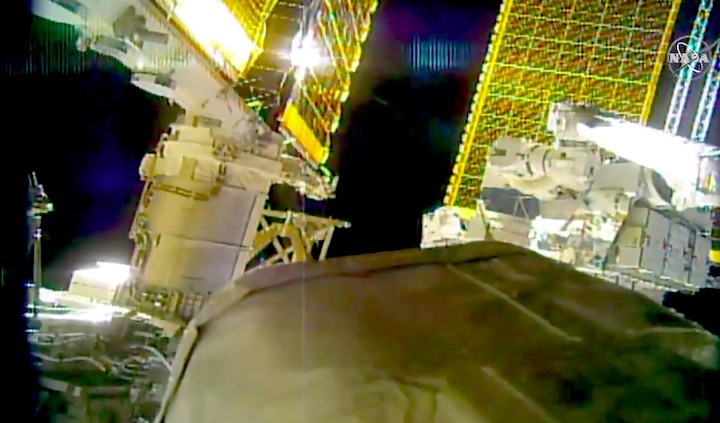 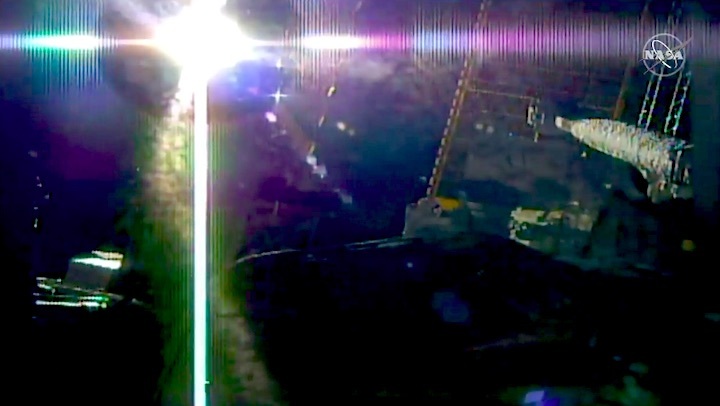 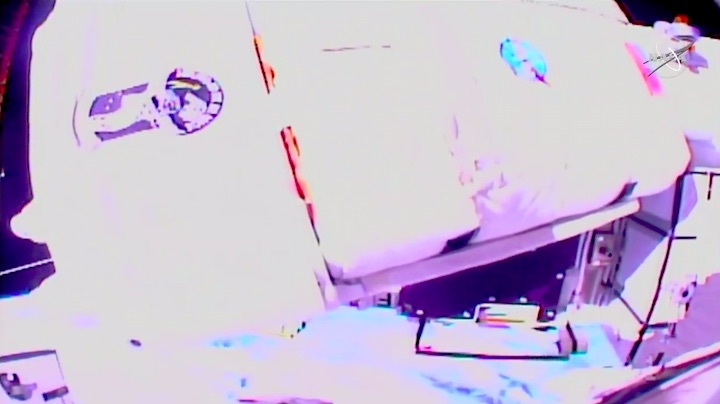 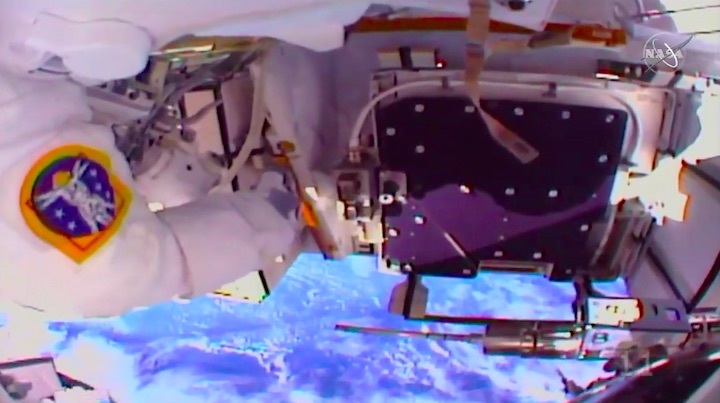 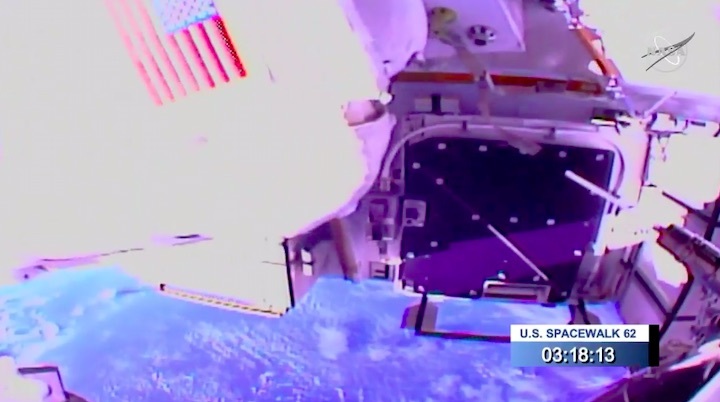 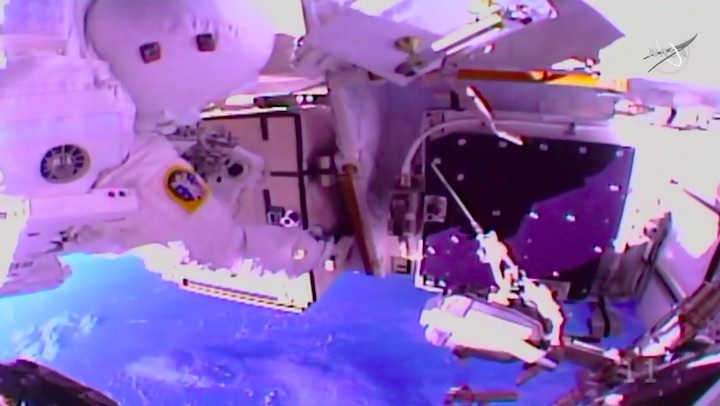 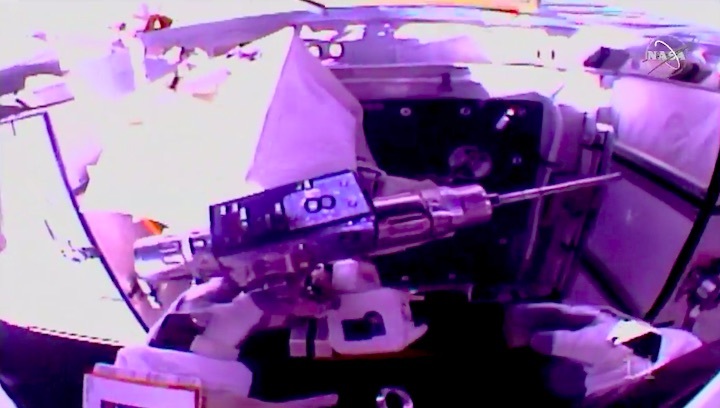 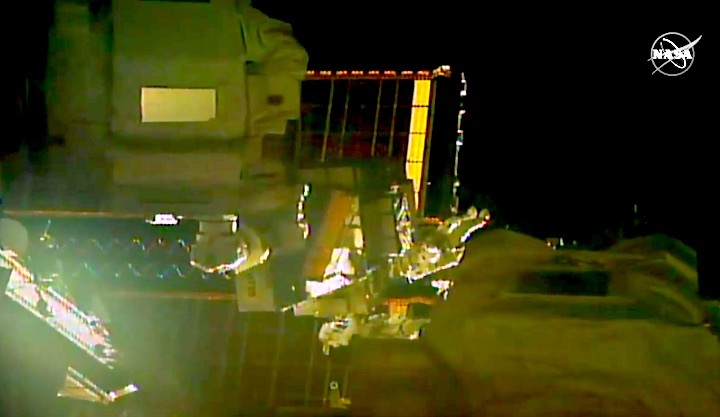 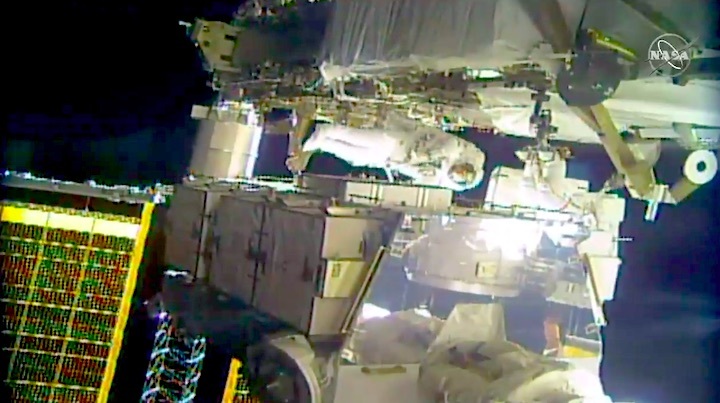 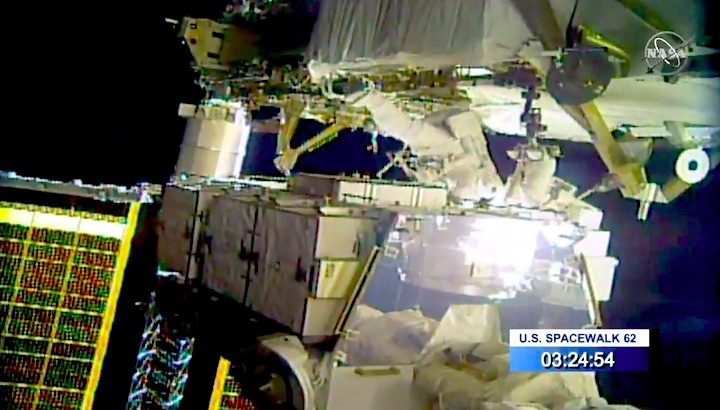 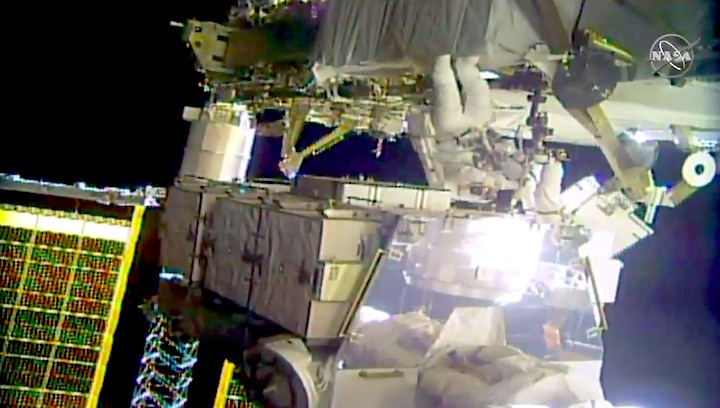 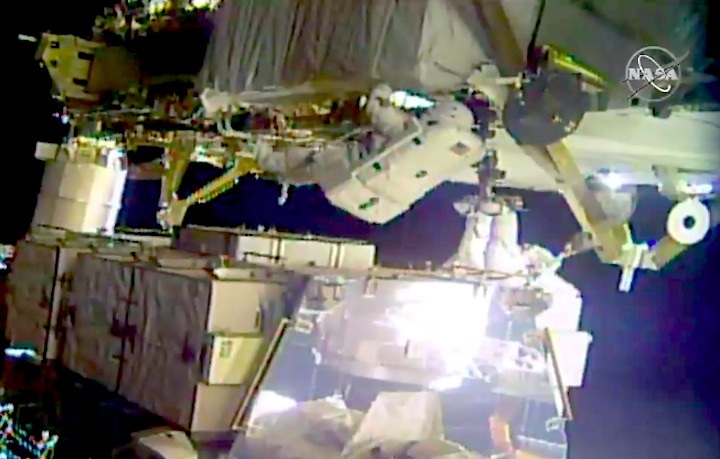 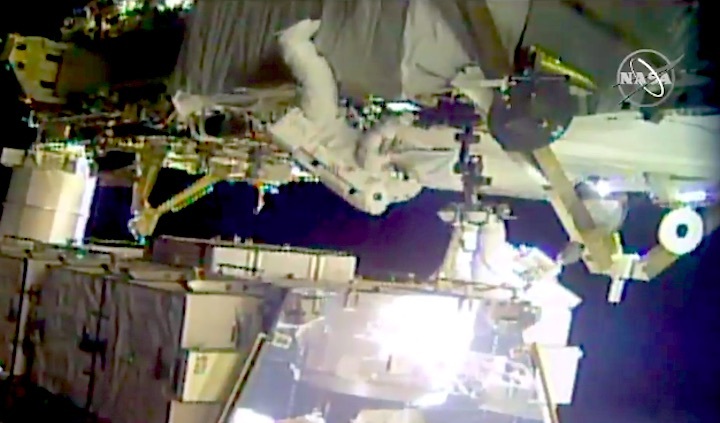