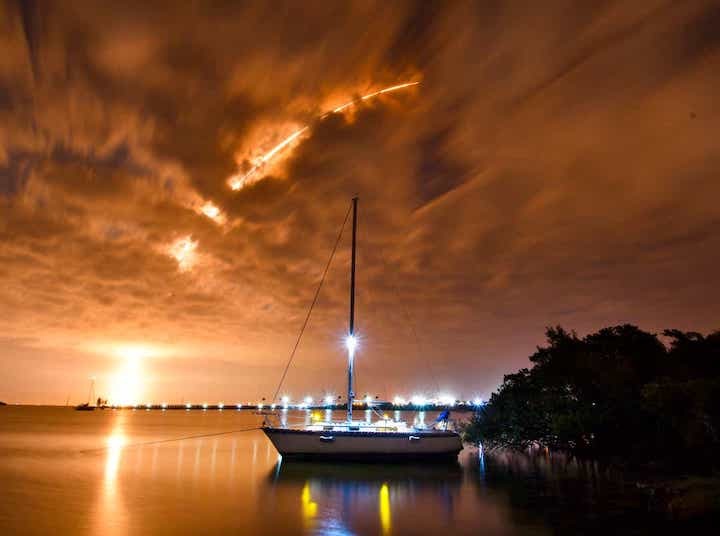 SpaceX launches its Falcon 9 rocket Dec. 16, 2019 from Cape Canaveral Air Force Station Launch Complex 40. Onboard the rocket was the JCSAT-18 / KACIFIC-1 communications satellite that will provide internet coverage to Asia and the Pacific.
MALCOLM DENEMARK/FLORIDA TODAY

With no more launches scheduled for the year, the skies above the Space Coast will be free of rockets roaring for the holiday season.

The launch of Boeing's Starliner spacecraft from Cape Canaveral Air Force Station on Friday capped off a year of 16 total launches, a decrease from 20 launches in 2018.

The first scheduled launch of the new year is SpaceX's next Starlink satellite mission on January 3, 2020 from Launch Complex 40 at Cape Canaveral Air Force Station. That launch will add 60 satellites to the 120 Starlink constellation of satellites already orbiting Earth.

Other notable launches next year include NASA's Solar Orbiter in February which will study the sun and the Mars 2020 mission in July, which will send the next car-sized rover to explore the Red Planet. Next year we'll also see the final flight of United Launch Alliance's Delta IV Heavy, a beast that will make way for ULA's new Vulcan rocket.

Hands down the most anticipated launches of 2020 will be the Commercial Crew missions of SpaceX's Dragon and Boeing's Starliner that will return American astronauts to the International Space Station.

Until then the only astronaut flying overhead will be a portly fellow dressed in red aboard the SantaX rocket sleigh.