A team of British scientists has arrived in the Antarctic to try to find the continent's "missing meteorites".

The group, from the University of Manchester, will spend six weeks scouring a remote region for lumps of iron that have fallen from the sky.

These pieces of metal represent the shattered remains of small planet-like objects that were destroyed in the early years of the Solar System.

Iron meteorites are rare, however, especially in Antarctica.

Less than 1% of all the space rocks recovered in searches on the continent are of the metal type, compared with about 5% elsewhere in the world.

But the Manchester researchers believe they know the reason for this statistical deficit.

Their modelling work suggests the iron meteorites are out there; they've simply buried themselves in the ice in the Antarctic sunshine.

"Iron meteorites have a higher thermal conductivity than chondrites, or stony meteorites," explained mathematician Dr Geoff Evatt. "That means they can warm and melt the ice around them more efficiently. So we expect them to be there, hanging just below the surface," he told BBC News. 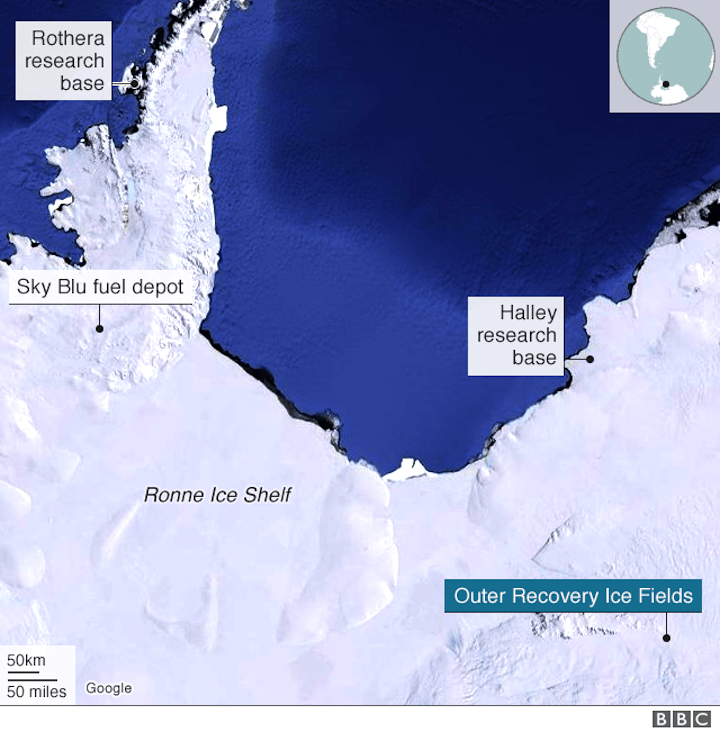 The scientists arrived this week at the British Antarctic Survey's (BAS) Rothera station to begin preparations.

They'll be heading out into the field very shortly, taking with them a specially designed metal-detecting system that will be dragged behind a couple of snowmobiles.

Whenever this technology is alerted to an interesting signal, the team will jump off its vehicles and dig down into the ice.

Over the 15-20 sq km that will be surveyed, the researchers hope to find four or five iron meteorites. 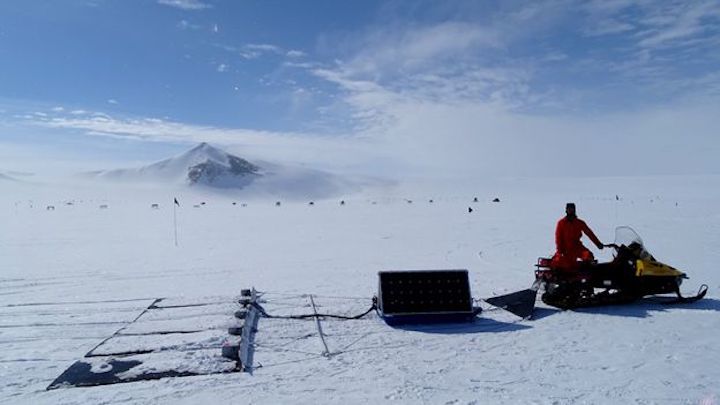 This would enable some great science, said Dr Katie Joy.

"By looking at the age, structure and chemistry of iron meteorites, we can understand the timing of the processes that occurred in the early Solar System - and the numbers and diversity of these small planets that were forming. And all of that information can help us understand how we got big planets like Earth, Mars and Venus."

The expedition is the culmination of three years' hard graft for the team.

After winning the funding to attempt to prove the idea of a buried population of iron meteorites, the scientists then had to design, build and test its detection technology; and identify the most suitable location to deploy it. 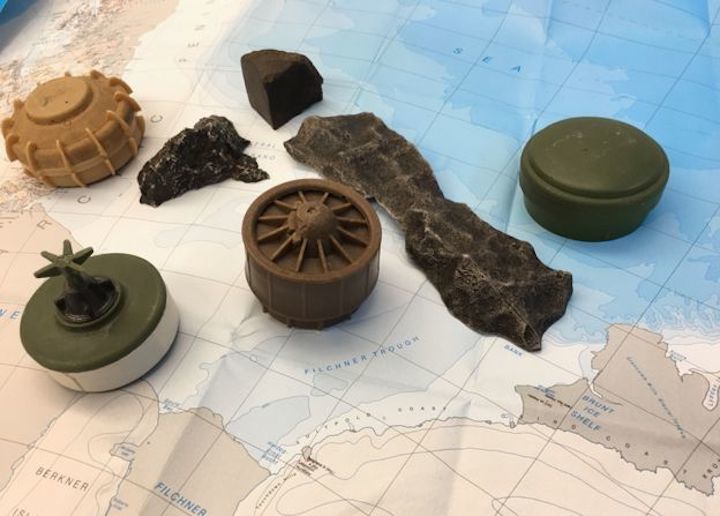 The snowmobile-dragged array incorporates a lot of the electronics found in standard mine-detection equipment. It has had to be made more hard-wearing, however, to cope with the bashing it will receive when bouncing across solid ice. Operation in sub-zero temperatures was also factored into the design.

Dr Evatt successfully put a prototype through its paces at the BAS Sky Blu fuel depot a year ago. At the same time Dr Joy ventured into the Antarctic's deep interior to inspect favourable meteorite-hunting grounds.

The continent is helpful to scientists in that the flow of the ice tends to aggregate fallen space rocks against ridges and mountains.

Dr Joy picked up more than 30 surface stony meteorites in her travels, and settled on a place now called the Outer Recovery Ice Fields for the upcoming iron quest.

"It would be really exciting if we could find a lunar or Martian meteorite. That would be the cherry on the cake. But hopefully we can find about 80 surface meteorites made up of different asteroid types. And if we can find that many, this implies that beneath the ice surface we may have four or five iron-rich meteorites - if our theory is correct."

The Manchester-led project is funded by the Leverhulme Trust with logistic support from BAS.

The team is running a blog to report on its discoveries. There will be some audio updates as well on the BBC Radio 4's Today programme. 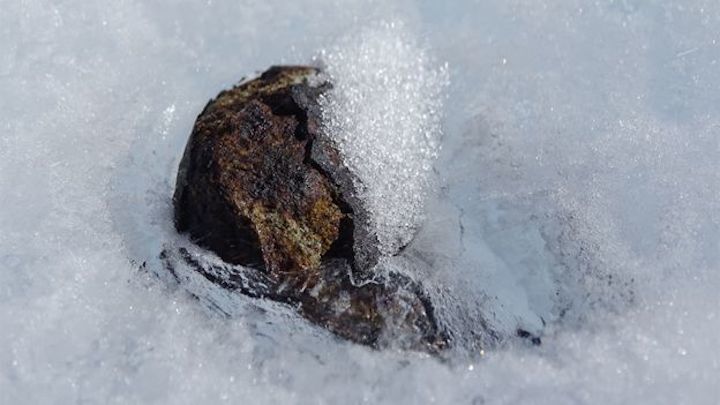