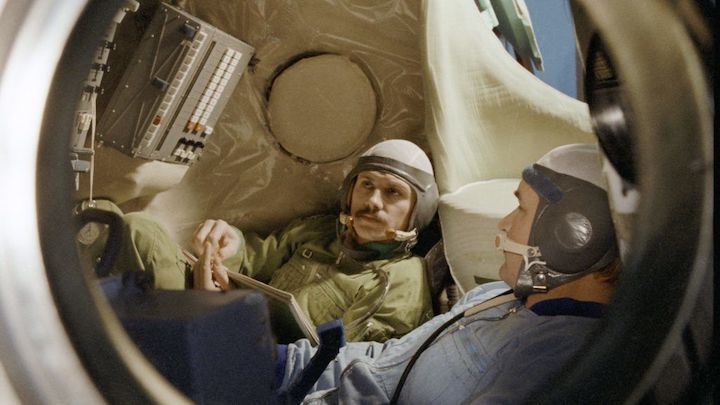 At a European Space Agency ministerial conference, dubbed Space19+, in Seville yesterday, Minister of Foreign Affairs and Trade, Péter Szijjártó, announced that Hungary plans to send an astronaut to space in 2024. The last – and only – Hungarian who was in space as a trained astronaut was Bertalan Farkas in 1980. Besides him, Charles Simonyi financed two space visits from his own funds in 2007 and 2009 as a space tourist.

Bertalan Farkas was launched into space on May 26, 1980 at 9.20pm Moscow time, making him the first and still only Hungarian astronaut. However, two Hungarian participants traveled on board of the Soyuz-36 type spaceship besides Farkas’ partner, the Soviet Valery Kubasov.

In the second half of the 1970s, a joint space exploration program of the socialist countries, Interkozmos, made it possible for countries of the Soviet Union – including Hungary – to travel into space on Soyuz spacecrafts. Hungarian candidates were selected from pilots who had already undergone extensive screening and training.

The selection process started in the spring of 1977, at the Institute of Aviation Medical Examination and Research Center in Kecskemét, and the number of candidates was reduced to four, two of whom – Bertalan Farkas and Béla Magyari – underwent further preparation in the Soviet Union at the Gagarin Space Center with their soviet colleagues between 1978 and 1980.

Out of the two remaining candidates, Farkas was selected to travel to space, but for security reasons, both were trained. According to the first plans, Bertalan Farkas was about to be launched into space in 1979, but the first Soviet-Bulgarian space flight had to be interrupted in April due to a technical error and for safety reasons, the project was delayed until the cause of the problem had been discovered.

The Soyuz-36 spacecraft, with commander Valery Kubasov and Farkas Bertalan aboard, was launched on May 26, 1980 at 9.20 pm Moscow time. The travel made Hungary the seventh nation who made it to space. Two days later, the spaceship connected to the Salute-6 space station, where they started their one-week long program, including several Hungarian experiments. Among others, they investigated the formation of interferon protein in the human body under cosmic conditions. The Pille radiation dose meter was used to test the dose of radiation affecting astronauts, while the Balaton instrument measured astronauts’ mental abilities.

The astronauts also carried Hungarian foods in a can bearing the Kalocsa style pattern. Bertalan Farkas later revealed that he was only 68 kilograms, which was considered too light to travel to space, so they had to install little lead bricks in his spacesuit to reach the prescribed weight.

The astronauts returned on June 3, 1980 to Kazakhstan and were the first astronauts who had to endure an overload of 45-50 gravitational force when they returned to Earth. According to Bertalan Farkas, it was an indescribable feeling to see Hungary from space.

Upon his return, he was celebrated and received several honors, and there was even Bertalan Farkas merchandise available in the country. However, the memory of space travel faded over time. Although Farkas is still an active member of the space travel community, a researcher at the Intercosmos Council of the Hungarian Academy of Sciences, member of the International Astronaut Alliance, and is happy to meet those who are interested in space travel, there hasn’t been any Hungarian astronaut in space since his journey. Farkas said his dream is for another Hungarian astronaut to travel to space, whom he would be happy to help with the preparation. His space travel has been a great source of pride for Hungarians for decades.

In addition to Bertalan Farkas, another Hungarian man went to space, financed by his own money as a space tourist. Hungarian-American entrepreneur Charles Simonyi traveled to space two times, where he was the fifth and seventh visitor at the International Space Station in 2007 and 2009, respectively. However, Simonyi was not just a simple space tourist, but also did research on the space station as well. He studied the atrophy of deep human muscles under zero g-force and he also used the Pille instrument to measure radiation in space.

In the last decade, there have been some important turning points in Hungarian space research. On February 13, 2012, a CubeSat, a type of miniaturized satellite called Masat-1, solely built by Hungarians, was launched into space. 2015 marked a new turning point in the history of Hungarian space exploration again, at the time of Hungary’s accession to the European Space Agency (ESA) as the 22nd full member.

After yesterday’s announcement by Péter Szijjártó, we can once again hope that in a few years’ time Hungary can cheer for another astronaut traveling to space, following in Bertalan Farkas’ footsteps.