Virgin Galactic unveiled space suits at the show that it will give to private astronauts travelling aboard its SpaceShipTwo.

The blue spacesuits are made of fire retardant Nomex which has been treated by design partner Under Armour to provide more flexibility than standard flight suits, says Virgin Galactic’s chief space suit designer and creative director, Tom Westray. The suits weigh about 2.5kg (5.5lb). 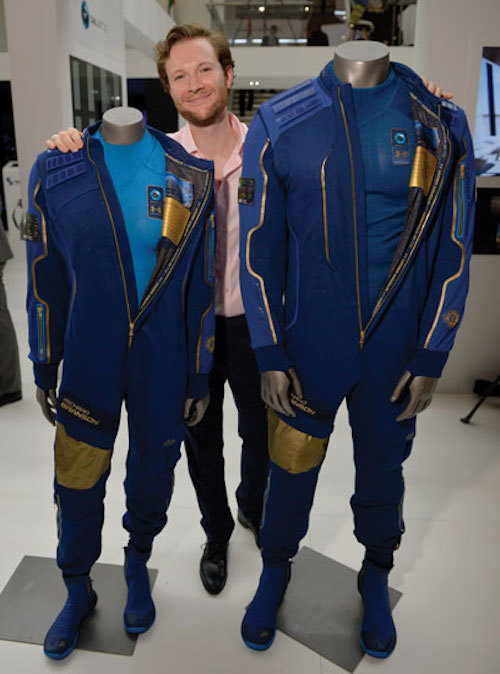 The suits will be tailored to fit each individual astronaut and will have built-in padding. For example, shoulder pads are built into the clothing to relieve pressure coming from the seat harness during launch and re-entry, it says.

Many of the technical specifications of the suits are confidential, however.

Though the suits are meant to help regulate an astronaut's body temperature, Virgin Galactic declines to say what range of temperatures its customers will experience during their flight 62 miles (100km) above the Earth, what is otherwise known as the Karman line, or the edge of space.

“There is a range of temperatures that you'll experienced during the flight profile,” says Westray.

The company says it is still measuring temperatures within the passenger cabin of the SpaceShipTwo as part of ongoing flight testing. Those temperatures are being mimicked in on-ground chamber testing being carried out by Under Armour.