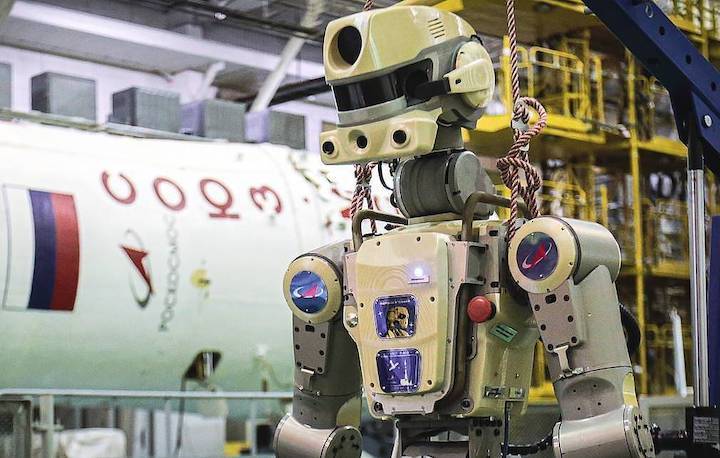 The reentry capsule of Russia’s Soyuz MS-14 manned spacecraft with no crew but an anthropomorphic robot on board landed in the designated area in steppes of Kazaskhtan on Saturday.

"Landing done," said a spokesperson for the central research and development institute of machine building (TsNIIMash), which incorporates the Russian Mission Control Center.

A search team has already discovered the landing site, a mission control center official said on Friday in a conversation with Russian cosmonauts.

"The search team reported that the landing proceeded in normal regime," he said during the conversation, broadcast live by NASA on its website.

The spacecraft undocked from the International Space Station (ISS) at 21:14 Moscow time on Friday and landed at 00:32 on Saturday, two minutes ahead of schedule, in the designated area southeast of the Kazakh city of Zhezqazghan.

The test launch of the Soyuz-2.1a carrier rocket and the Soyuz MS-14 manned spacecraft with only FEDOR and cargoes on its board took place on August 22. During the launch, the robot transmitted some telemetric data to the ground, including about the separation of stages.