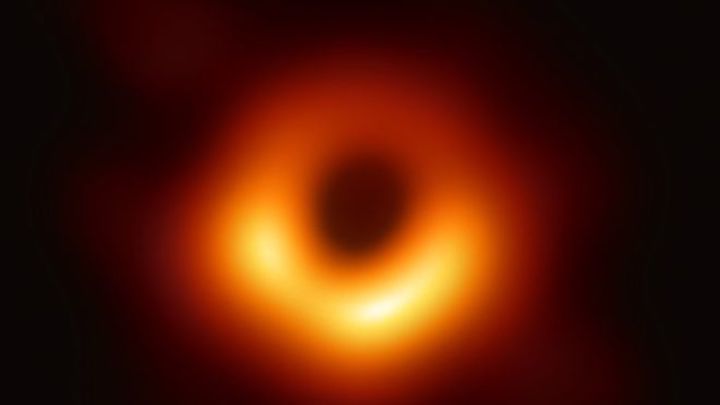 The team that took the first ever image of a black hole has announced plans to capture "razor sharp" full colour video of the one at the centre of our galaxy.

Satellites would be launched to supplement the existing network of eight telescopes to make this movie.

The researchers say the upgraded network will be able to see the supermassive black hole consuming the material around it.

The team has been awarded the Breakthrough Award for Physics.

Prof Heino Falcke, of Radboud University in the Netherlands, who proposed the idea of the so-called Event Horizon Telescope (EHT), told BBC News that the next step was to see a black hole in action.

"Just like planets, a black hole rotates. And because of its incredibly strong gravity, it distorts space and time around it. And so seeing this very weird effect of space itself being rotated is one of the holy grails of astrophysics." 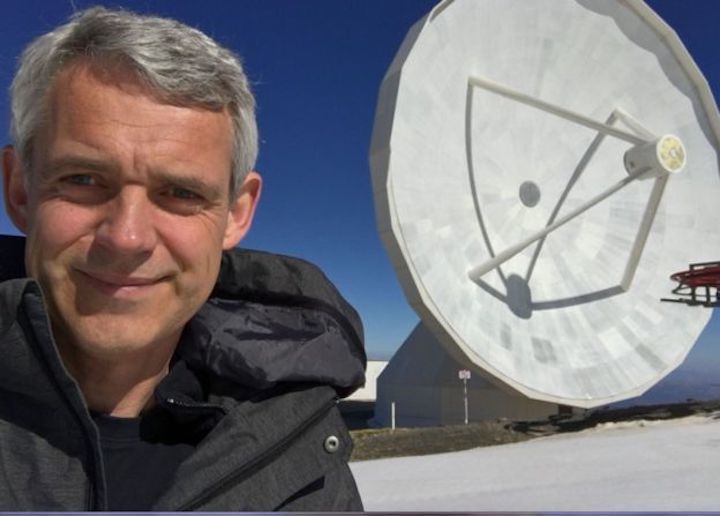 Even more puzzling is the prospect of taking a colour picture of an object whose gravity is so intense that not even light can escape.

Earlier this year, the EHT team published a photograph of a supermassive black hole at the heart of a distant galaxy measuring 40 billion km across - three million times the size of Earth. The image shows superheated gas falling into it in different shades of orange. 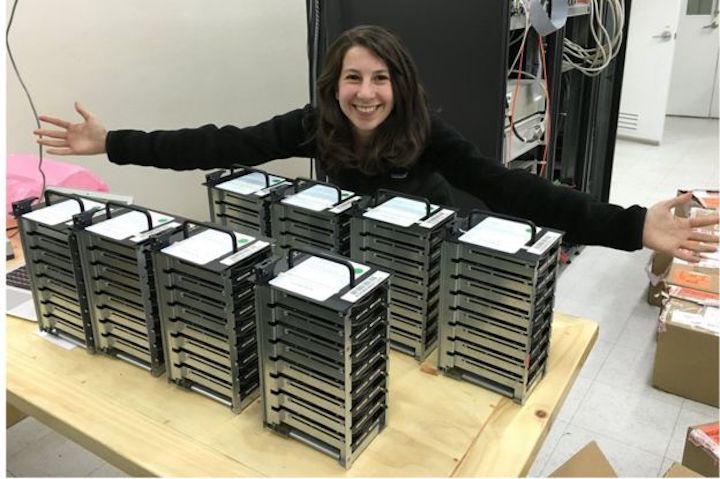 A black hole has no colour of course. But what astronomers can see is the material pouring into it that becomes superheated gas. This gas is thought to change colour as it gets closer to the black hole. Like the Sun when it sets behind clouds in the evening, light from the superheated material will have to travel through more gas on its way to instruments on Earth. So the effect will be to change the colour and appearance of the material around the black hole.

The international consortium expects to add ground-based telescopes in Greenland, France and parts of Africa and has applied for funding from the US National Science Foundation (NSF) to send three small satellites into orbit to supplement the ground-based survey.

According to Prof Falcke, this will create a super telescope, effectively larger than the Earth, capable of taking razor sharp images of the black hole at the centre of our galaxy.

Prof Shep Doleman of Harvard University, US, who is the EHT's project director, said the images and video would enable the team to test Einstein's theories to new limits and unravel how black holes generate light-speed jets that can pierce entire galaxies.

"(We plan to) create huge virtual telescopes, and new radio facilities will be built around the globe. The EHT team is just getting started," he said.

Although he first proposed the idea and battled with the help of colleagues to get it funded, he said that the award was a recognition of a global effort by the entire team.

"There have been scientists in Europe, China, South Africa, Japan and Taiwan involved. For me, what was a much larger reward was the overwhelming response across the world from ordinary people who were touched by seeing the image," he said.

"It was not just scientific; it was emotional. One person told me that she was in tears. It was so pleasing to know that everyone was able to appreciate it and celebrate it."