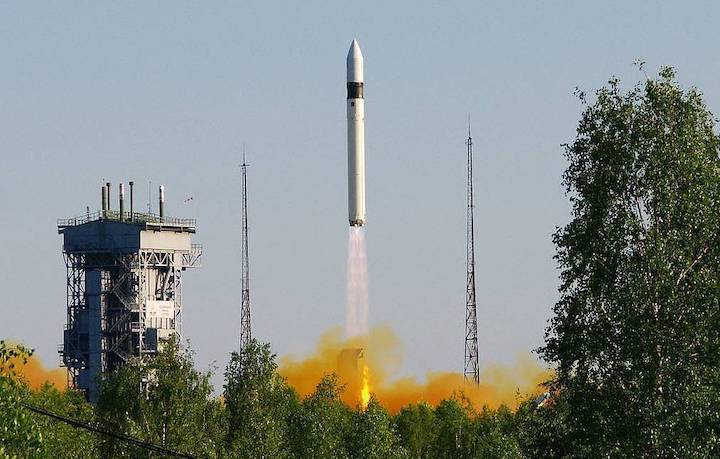 All pre-launch operations and the launch itself were normal. Ground facilities of the Aerospace Force monitored the rocket’s launch and flight, the Defense Ministry said. The rocket blasted off at 17:00 Moscow time to put a military satellite in space.

Russia’s Defense Ministry on Friday carried out the last launch of the Rokot missile and stopped using this vehicle altogether in view of the plans for shifting to upgraded missiles of this type, the cosmodrome’s chief Major-General Nikolai Nestechuk told the media on Friday.

"The Rokot rocket’s launch was the last one under the Defense Ministry’s program. Another one is due for Roscosmos. The rocket’s operation is over because there are plans for using an advanced type of this vehicle," he said.

The light-class rocket Rokot was created under a conversion program on the basis of the inter-continental ballistic missile RS-18 being withdrawn from operation. The Khrunichev Center is its manufacturer.

The first Rokot was launched from Plesetsk on May 16, 2000. A total of 30 launches have been carried out and about 70 different satellites put in orbit.