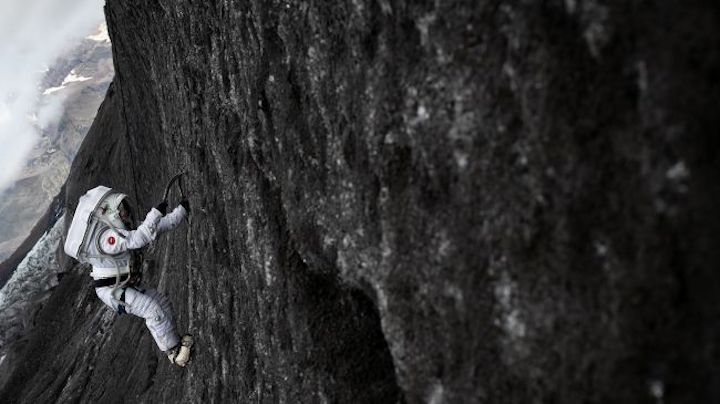 Helga Kristín climbs up the face of a glacier wearing the MS1 Mars prototype spacesuit. This was part of a mission to test the suit which took place from July 26 to Aug. 5.

A team of researchers and explorers ventured inside of a volcano and out to some of the most remote stretches of Iceland to test a spacesuit prototype in one of the most Mars-like environments on Earth.

Led by the Iceland Space Agency (ISA), the team traveled into the Grímsvötn volcano and across the Vatnajökull ice cap to test the MS1 Mars analog suit. The suit, designed by Michael Lye, a senior critic and NASA coordinator at the Rhode Island School of Design (RISD), serves as a tool to test human capabilities on Mars. The suit is "not actually intended for use on Mars, but it's intended for use here on Earth where people are doing analog studies to see what it's like if you were to put people on the surface of Mars," Lye told Space.com.

"The idea is that anything you would do while exploring Mars ... any activity, whether it's science, or traveling or moving about, would be possible in this suit," he added. All seven members of the team got a chance to hop into the suit and test it out when they trekked out onto the frozen landscape for the mission, which lasted from July 26 to Aug. 5. 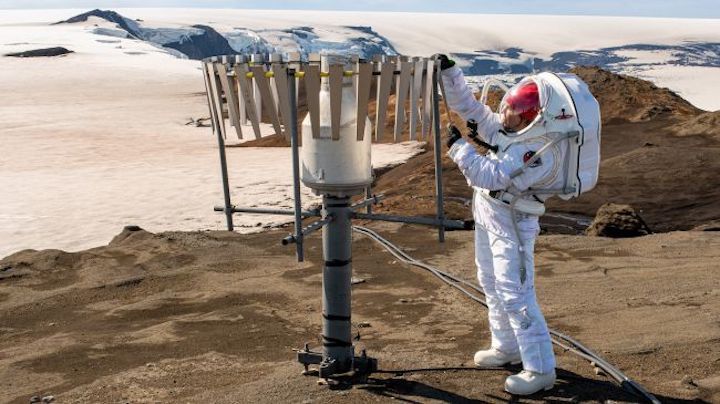 Wearing the MS1 Mars analog spacesuit, a team member in Iceland tests the suit while completing analog activities that might one day be performed on Mars.

"It really allowed everybody who tried the suit on to really feel like, oh, this is another world," Lye said. "The sense of being off the Earth and being in another place was, for me anyway, really quite intense."

But the team didn't just test the suit with activities that astronauts might already be equipped to handle, such as sample collection and basic movement. Helga Kristín, an Icelandic geologist, drone pilot and glacier guide, tested the suit while climbing up the face of a glacier. 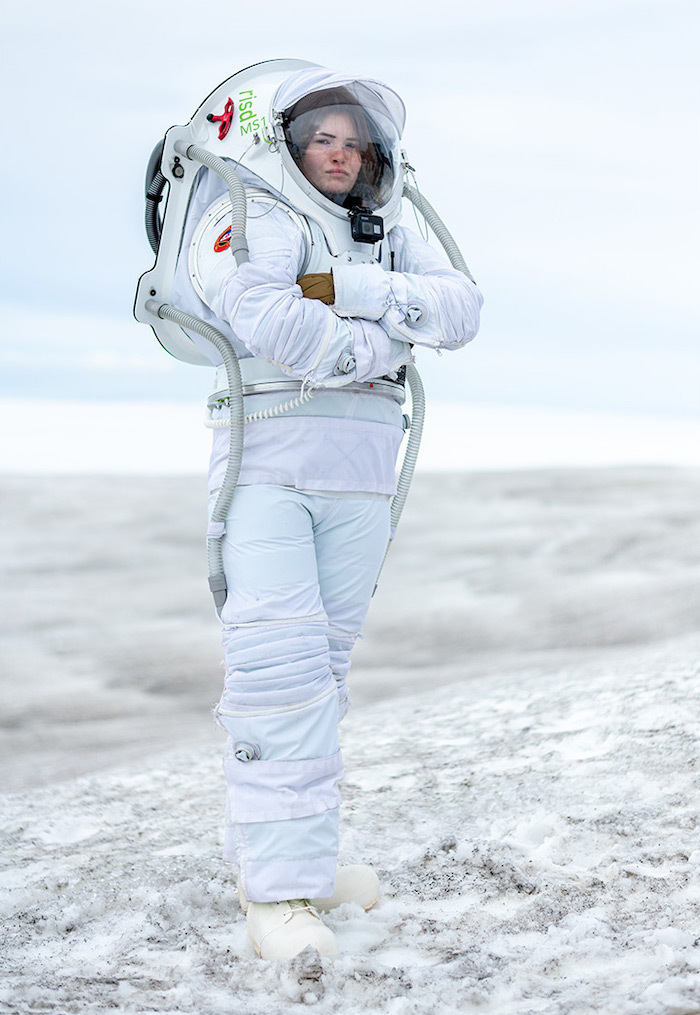 (Image credit: Dave Hodge/Unexplored Media)
"Being in Iceland, we were able to traverse glaciers and the ice cap and we actually tested the suit for the possibility of doing climbing as well," Lye said. "Helga had crampons on and a harness and was able to climb up the face of a glacier." 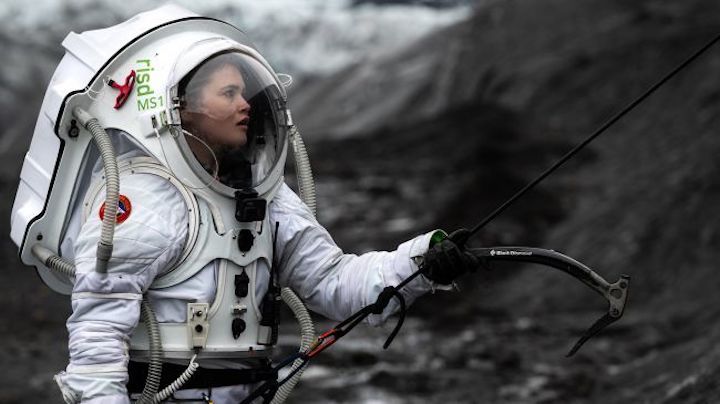 Helga Kristín climbed up the face of a glacier wearing a Mars analog spacesuit.

The MS1 Mars analog suit, which is a one-off prototype that was built by a team of students at RISD, performed well in testing, Lye said. The main issue that they had was with the boots, though Lye specified that they were standard military boots and not specialized for analog Mars activities.

As Lye told Space.com, the team hopes that this suit informs suit design and development for crewed missions to Mars and helps advance space research capabilities in Iceland. They also hope that this suit might further the development of suits with a better size and fit in the future, because it is adaptable in a way that allowed a number of different people of different physical builds to wear the suit and function successfully during this mission.

Referring to the spacesuit issue that canceled what would have been the first all-female spacewalk, Lye said that future spacesuits will have to fit people with different body types and shapes, and by testing how spacesuits might be able to adapt could improve how the suits fit. Today, spacesuits come in pieces of different sizes, so there is some ability to customize fit, but future astronauts will require improved adaptable sizing, Lye said. 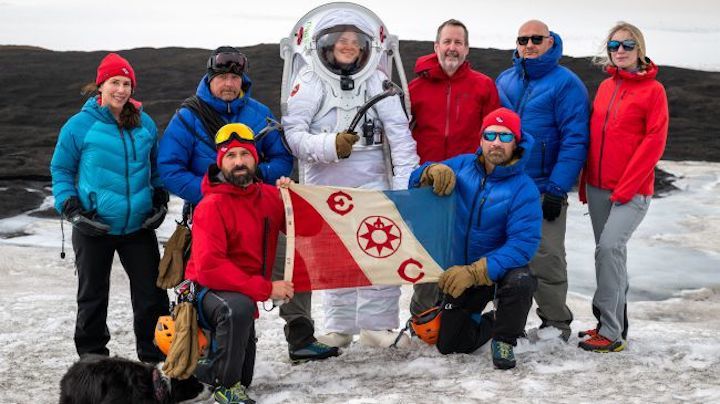 A team of explorers and researchers traveled to some of the most remote reaches of Iceland with the Explorer's Club flag to test the MS1 Mars analog spacesuit.

In addition to testing this suit, the team also carried a flag from The Explorer's Club, Dave Hodge, a nature and research photographer, musician and active member with the Explorer's Club, who took part in this mission, told Space.com. The team members carried "The Explorer's Club flag number 60," he said. This flag "has been in service since 1935 and has been on numerous expeditions all over the world."

"The Explorer's Club really supports the work in furthering this testing with Michael and the Iceland Space Agency," Hodge added.