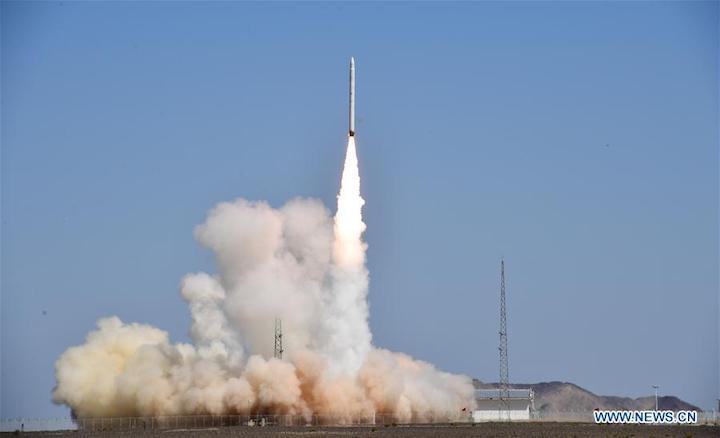 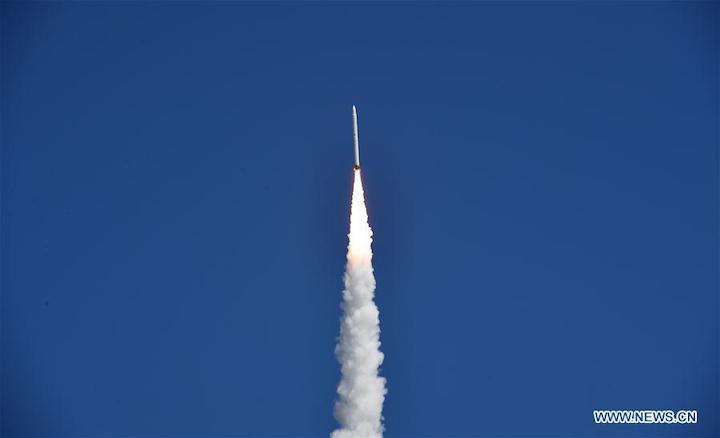 The rocket, developed by the China Rocket Co. Ltd. affiliated to the China Academy of Launch Vehicle Technology (CALVT), blasted off from the Jiuquan Satellite Launch Center in northwest China at 12:11 p.m. (Beijing Time).

The three satellites, respectively developed by three Beijing-based companies, will be used for remote sensing services, communication and Internet of Things.

Different from the carrier rockets of the Long March family, the new Dragon series is developed in a commercial mode to meet the market demand of launching small commercial satellites, said Wang Xiaojun, head of CALVT.

The SD-1, with a total length of 19.5 meters, a diameter of 1.2 meters, and a takeoff weight of about 23.1 tonnes, is a small-scale solid-propellant carrier rocket capable of sending 200 kg payloads to the solar synchronous orbit at an altitude of 500 km.

It took less than 18 months to develop SD-1, which is the shortest period to develop a new type of carrier rocket in China.

Intelligent technologies are used to analyze the data of the rocket, which will help improve its efficiency and accuracy, said Gong.

The designers of SD-1 have made efforts to lower the costs and improve the efficiency and reliability of the rocket, said Tang Yagang, president of the China Rocket Co. Ltd.

One such rocket can be produced in six months after business agreements are signed with customers. After the rocket is transported to the launching center, the launch can be realized within 24 hours. The rocket can be used for launching either single satellite or multiple satellites at a time, according to Tang.

Tang said the company mainly relies on social financing to develop SD-1 to lower its cost through competition.

"Commercial launching will have a vast market in the fields such as low-Earth orbit Internet mobile communication and remote sensing," Tang said.

The company plans to complete five launches of SD-1 by the end of 2020.

In addition to the Smart Dragon solid-propellant carrier rockets, CALVT will also develop liquid-propellant commercial rockets, which will have a higher carrying capacity, according to Tang.

China successfully tested the technology that can accurately control the falling of rocket remains during a launch on July 26, which laid the foundation for developing reusable carrier rockets.

"We have stepped up the development of reusable launching vehicle, which is expected to be realized in the coming two to three years," said Tang.

China has accelerated the development of the commercial space industry. Social capital and private companies are encouraged to help promote China's space technology through innovation.