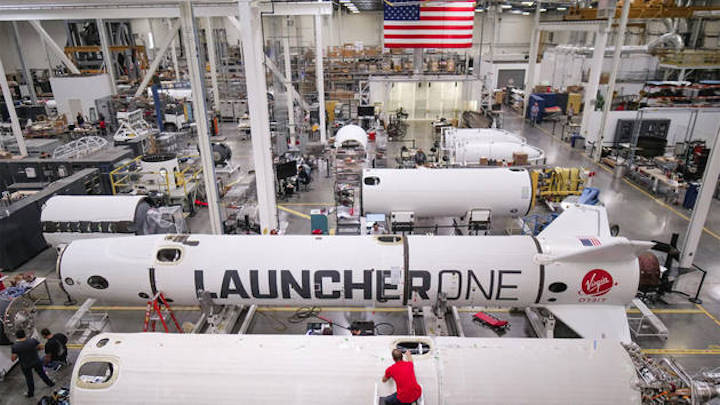 LONG BEACH, Cali. - Fifty years ago, humans first landed on the moon, catapulting humanity into a future of space innovation where private space companies like Virgin Orbit are making it more affordable for private industries to send spacecraft and science missions into low-Earth orbit.

The company builds its LauncherOne rocket in Long Beach, California and is getting ready to start launching its small satellite rocket later this year using a retired commercial jetliner called Cosmic Girl. Virgin Orbit purchased the Boeing 747 from Virgin Airlines and converted the plane to carry its small satellite launcher. 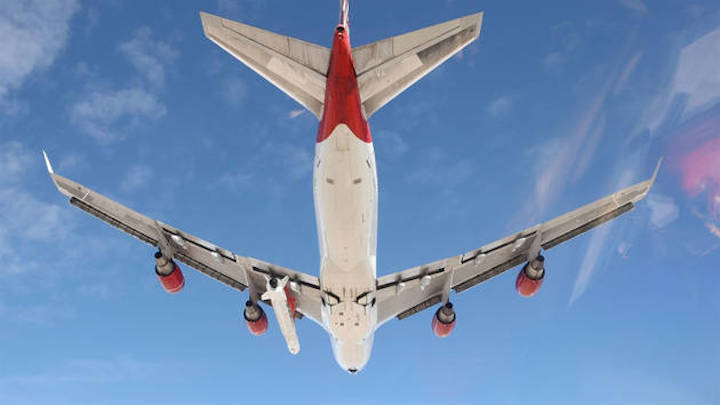 “I am working with superstars,” said 25-year-old Diana Alsindy, a propulsion development engineer. “The problems that we face and the solutions that we have to come up with are probably something we’ve never solved before and you just have to figure it out on your own.”

Certainly, there is a growing group of small rocket launch providers, including Virgin Orbit, opening doors for clients who want to access space for commercial purposes such as, but not limited to, microgravity experiments and telecom satellites.

Because of the growing demand, new space companies have to be competitive with pricing and launching customers’ spacecraft in a desirable turnaround time.

Other small satellite launchers competition in the new space market include Rocket Lab, Relativity Space and Firefly Aerospace -- and that number is growing.

“The variety of companies that are rising up are really increasing the level of innovation,” said Maurico Pena, Virgin Orbit senior director of safety and mission assurance. “The competition is making us better.”

Virgin Orbit sets itself apart from traditional small rocket launch companies by bypassing the inhibitive operations of a bureaucracy, and opting to make efficiency a priority, in which time between production and launch is expedited, according to Pena.

While a lot of companies utilize outside vendors to build the components of their rockets,Virgin Orbit has the capability to build things in house which makes production fast and efficient, said Alsindy.

According to Alsindy, there are thousands of assemblies built in the LauncherOne rocket factory where every small part has to be built and tested.

“It really takes a whole village to build a rocket,” she said. 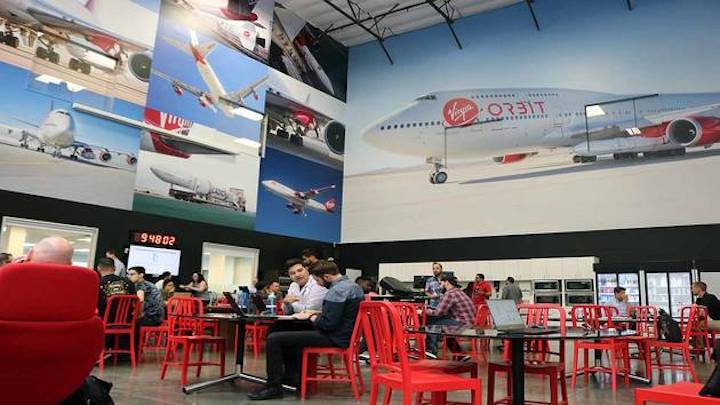 Another incentive, according to Virgin Orbit officials, is that the company can facilitate a plane-style launch almost anywhere there is a runway.

Although Cosmic Girl’s home launch site is the Mojave Air and Spaceport in California, the company already has agreements to launch from sites in the U.K., Guam and Japan and is also considering the Launch and Landing Facility at Kennedy Space Center, which formerly served as the landing site during the space shuttle program.

Virgin Orbit modified the Boeing 747 to transport a client’s satellite into low-orbit Earth using a rocket. Underneath one of the wings of the aircraft, a mechanism  -- nicknamed the “red manatee” -- hangs onto the rocket containing the payload as it takes off.

Once the 747 arrives to an altitude of more than 30,000 feet, the hooks are released and the rocket drops for about five seconds, allowing the plane to fly away before the rocket’s engine lights up.

As the two-stage rocket fires up and the second stage separates, the satellite is deployed from the rocket nose cone into orbit.

Last year, the Federal Aviation Administration issued a license to Space Florida, which manages the old space shuttle landing facility at Kennedy Space Center, which would allow commercial launch startups to use the facility for these plane-style launches.

According to Monica Jan, senior director of customer experience and strategy, Virgin Orbit has a backlog of customers until 2021 and will be expecting its first launch by the end of this year. The goal is to facilitate launches once a month or once every other week, Jan said. 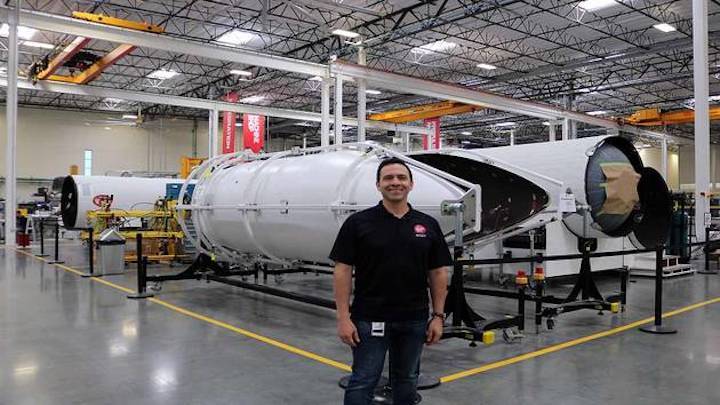 Pena, Virgin Orbit's senior director of safety and mission assurance, remembers being the youngest mind in a room full of experienced aerospace professionals. Today, he considers himself to be among the oldest at 44.

Prior to Virgin Orbit, Pena began working at a Boeing facility at the Kennedy Space Center at a young age, racking up 21 years of experience.

“If you had 20 years experience, you were considered still the young guy,” he said. “That’s not the case anymore.”

With a background in chemical and propulsion engineering, Diana Alsindy is an Iraqi American woman who aspires to pave a path for Arab youth in STEM.

She moved from Iraq to Sacramento, California, at the age of 14. Alsindy uses social media to spread her love of rocketry in Arabic and English.

“It’s very difficult to explain technical, scientific terms and operations in Arabic, but it’s an opportunity for me to grow my language and try to explain it to somebody else who might be living in the middle east and interested in propulsion and rocketry and space,” she said.

At only 25 years old, Alsindy’s impressive resume showcases her passion for space and engineering. Before working for Virgin Orbit, she had multiple internships with NASA, Northrop Grumman and Space Micro.

Similar to Alsindy and Pena, Jan began her trajectory at a young age. After graduating from college in Southern California, Jan worked at TRW on their satellite programs. 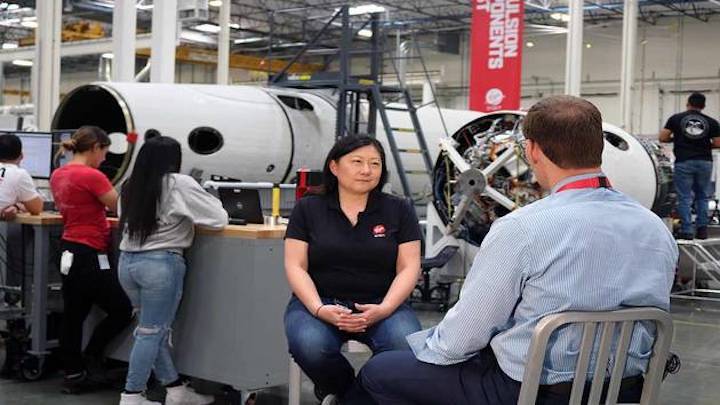 Looking back, she remembers being only one of two women in her electrical engineering class. Now, she enjoys walking around the Virgin Orbit facility and seeing a handful of young female engineers working alongside her.

“What I would like to see is for space to become more mainstream,” said Jan. “It started with a space race between two powerful nations -- U.S. and Russia -- and evolved into today. I would love to see space to be at a place where everyone can participate.”