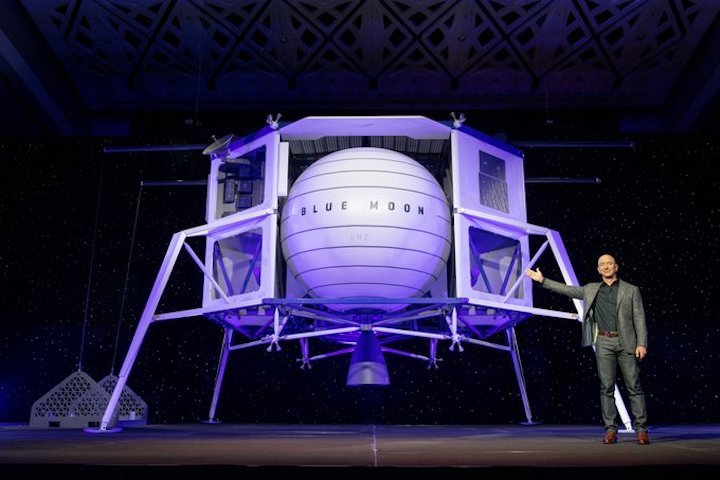 Everyone from President Donald Trump to Elon Musk is understandably excited at the prospect of humans eventually reaching Mars, but Jeff Bezos says focusing on reaching Mars before first establishing a presence on the moon is an “illusion.”

The president recently tweeted that NASA should keep its sights set on Mars, rather than “talking about going to the moon, and Musk, the billionaire CEO of Tesla and SpaceX, says SpaceX will transport humans to the distant “Red Planet” by 2024, two years after the aerospace company plans to land its first unmanned rocket on Mars.

However, Amazon CEO Jeff Bezos — whose aerospace company Blue Origin is busy engaging in the modern-day “space race” — said going to the moon “is actually the fastest way to get to Mars.”

“It’s an illusion that you can skip a step,” Bezos said. “Skipping steps slows you down, it’s seductive but wrong.”

While some reports painted Bezos’ comments as a possible jab at Musk’s ambitious goal to reach Mars within a few years, it is worth noting that SpaceX also has plans for the moon. For instance, SpaceX is planning the first-ever tourist flight around the moon in 2023. Musk also said earlier this year that he wants “to reach the moon as fast as possible” and he even hopes to build “a permanently occupied human base” there.

Bezos said in May that Blue Origin hopes to create a “sustained human presence” on the moon, added this week that he envisions Blue Origin cooperating with government space agencies and other tech companies to make that happen before turning his focus to Mars.

Bezos and Musk have reportedly traded jabs about their respective companies’ space travel plans in recent months. While unveiling Blue Moon in May, Bezos reportedly subtly referred to Musk’s Mars goals with a slide claiming that establishing a presence on the moon is much more realistic goal than Mars. Musk responded on Twitter by mocking the Blue Moon lander, while also noting that having multiple companies working on space travel projects is a good thing.