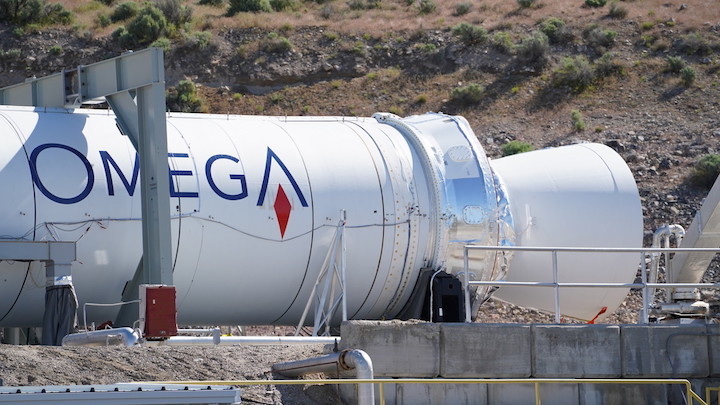 The latest version of that technology was on full display Thursday in the western desert of Box Elder County. 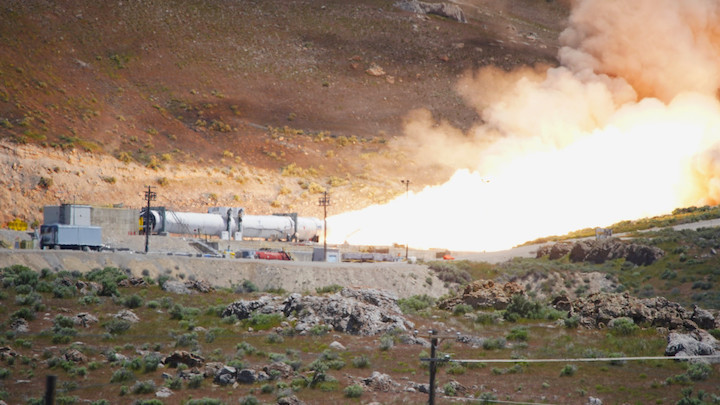 He said the goal of the test was to determine how well the new technology performed under normal conditions and culminated the development of this first-stage rocket motor.

"This is the first opportunity to bring everything together as part of the last part of the certification for flight," he said. "

The milestone keeps the OmegA motor on track to perform its first launch in 2021 and begin operational launches of national security payloads in 2022, he added.

"A little less than two years from now, we'll be ready to fly this intermediate-class vehicle in two certification flights that are done to verify its readiness to support national security space missions for the Air Force," Laidley said.

“The OmegA rocket is a top priority and our team is committed to provide the U.S. Air Force with assured access to space for our nation’s most critical payloads,” said Scott Lehr, Northrop Grumman vice president and general manager for flight systems. “We committed to test the first stage of OmegA in spring 2019, and that’s exactly what we’ve done."

The test verified the performance of the motor’s ballistics, insulation and joints as well as control of the nozzle position, a news release stated.

The motors will be used to power rockets that will place satellites into orbit that will help connect sophisticated communications for global military operations for the U.S. Air Force, Laidley explained.

"The launch vehicles that put those satellites in orbit have a special set of requirements they have to adhere to," he said. They can also be used for commercial applications as well.

The development of the program began a few years ago and the project was funded using company and military funding, he said.

Last October, Northrop Grumman received a $792 million contract from the Air Force to complete the design and verification of OmegA, along with required launch sites, the release stated.

The 2015 National Defense Authorization Act specified that a domestic next-generation rocket propulsion system “shall be developed by not later than 2019.” The successful test fire confirmed the company is on track to meet its congressionally mandated schedule, a company executive said.

The project’s design leverages proven technologies from Northrop Grumman’s Pegasus, Minotaur and Antares rockets as well as the company’s interceptors, targets and strategic rockets, the release stated. The company’s vehicle development team is working on the program in Arizona, Louisiana, Mississippi and Utah.

"This was a big milestone for the program," said Michael Sanjume, chief program manager for the U.S. Air Force's latest generation of launch systems. "The very first full-scale power firing is critical in this development stage."

He said partnering with U.S. industry on new innovations that can provide affordable, reliable technology for military applications will offer strong alliances in the future for national security.

"We want to create a marketplace in the United States so that we have domestic producers that we can rely on that are all U.S.-based," he said. "This is an integral part of our strategy."

He also noted that having elite technology in the ever-changing world of global defense is critical to providing for national security.

"Modern warfare is critically dependent on space capabilities and the U.S. military is very dependent on a lot of our space assets," Sanjume said.