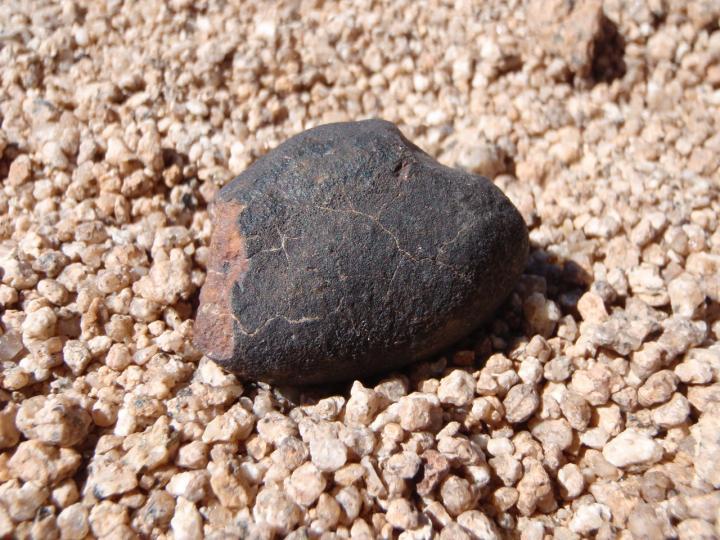 Chile's Atacama Desert is the driest, oldest desert on Earth. It's also home to one of the planet's most ancient collection of meteorites

Meteorites crash into Earth pretty much constantly, and you can find their ancient remains everywhere from King Tut's tomb to some guy's farmin Edmore, Michigan. But to best understand where these space rocks came from and how long they've been living as earthly expats, it helps to visit the densest collection of meteorites on the planet — and that's in Chile's Atacama Desert.

What's so special about Atacama? For starters, it's old — more than 15 million years old — and that means the meteors that have crash-landed on its 50,000-square-mile (130,000 square kilometer) surface have the possibility of being really old, too. This poses a geological advantage over other deserts, including Antarctica, which boast vast supplies of meteorites, but are generally too young to house any space rocks older than about half a million years, according to Alexis Drouard, a researcher at Aix-Marseille Université in France and lead author of a new study in the journal Geology. [In Images: Stunning Flower Fields of the Atacama Desert]

Drouard and his colleagues recently went on a meteorite-hunting trip to the Atacama Desert in hopes of finding an array of rocks that spanned millions of years. "Our purpose in this work was to see how the meteorite flux to Earth changed over large timescales," Drouard said in a statement. In other words, could the space rocks of Atacama reveal when Earth was bombarded by meteorites more or less frequently?

For the new study (published May 22), the researchers collected nearly 400 meteorites and closely studied 54 of them, analyzing both the ages and chemical compositions of the alien stones. Consistent with the desert's advanced age, about 30% of the meteorites were more than 1 million years old, while two of them had been gathering dust for more than 2 million years. According to Drouard, this represents the oldest meteorite collection on Earth's surface.

And as for the meteorite flux? The team extrapolated the results of their small sample to determine that impact activity has remained relatively constant over the past 2 million years, amounting to about 222 meteor impacts in every square kilometer of desert every 1 million years.

Surprisingly, the composition of the meteorites changed more drastically. According to the researchers, the meteorites that bombarded Atacama between 1 million and half a million years ago were significantly more iron-rich than the rocks that fell before or after. It's possible they all came from a single swarm of stones that got knocked loose from the asteroid belt between Mars and Jupiter, the team wrote.