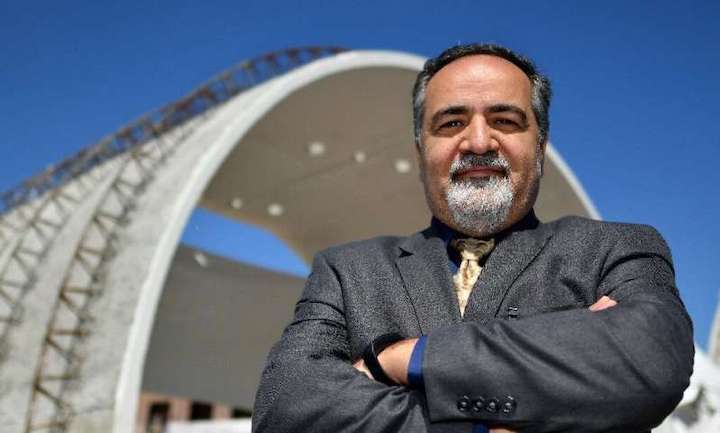 As space agencies prepare to return humans to the Moon, top engineers are racing to design a tunnel boring machine capable of digging underground colonies for the first lunar inhabitants.

"Space is becoming a passion for a lot of people again. There are discussions about going back to the moon, this time to stay," US-Iranian expert Jamal Rostami told AFP at this year's World Tunnel Congress in Naples.

The administration of US President Donald Trump wants NASA to put humans back on the Moon by 2024, and the agency is also drawing up plans for a "Gateway" station to serve as a platform for astronauts travelling to and from the lunar surface.

Billionaires Elon Musk and Jeff Bezos are among those feverishly competing for military, civil or commercial launches, with Musk's SpaceX leading the race on building rockets ready to fly in time.

But the harsh conditions on the surface of the Moon mean that, once up there, humans need to be shielded from radiation and freezing temperatures in structures which maintain atmospheric pressure in a vacuum.

"Imagine something the size of my fist as a piece of rock coming at 10-12 kilometres (6-7 miles) per second, it can hit anything and would immediately destroy it," Rostami said at the meeting in southern Italy.

"So every plan for having a habitat on the moon involves making a trench, creating a structure and covering it with some sort of regolith, which is the soil on the moon.

"Our idea is to actually start underground, using a mechanism we already use on the earth, a tunnel boring machine, to make a continuous opening to create habitats or connect the colonies together," he added.

Analysis of images of the lunar surface show lava tubes capable of housing large cities underground, said Rostami, director of the Earth Mechanics Institute at the US Colorado School of Mines.

But getting something as vast as a tunnel boring machine up there will be no easy task.

"Weight is an issue. It's pretty expensive to take a kilogramme of material from the earth to the moon. Our machines are hundreds of tonnes of mass, so it's not feasible to take the machines as they are," he said.

"We have to convert the design, where all the components are optimised, weigh much less, and perform better."

The machines also have to become fully automated and repairs reduced to a minimum, a particular challenge when dealing with tools that see a lot of wear and tear as they eat through rock and dirt.

There is also the question of how to power them.

With a four-metre diameter machine needing some 2,000 kilowatts of energy, experts are debating whether it is possible to use small nuclear power plants to fuel a lunar version, he said.

There may be 1,000 people living in outer space by 2050—either in orbit or on the Moon—according to the American United Launch Alliance, which estimates this initial space exploration will cost 2.7 trillion dollars.

Despite some talk of the first space residents using mining tools like lunar tunnel boring machines (LTBM) to dig for precious minerals, Rostami said their priorities would lie in extracting something even more precious.

"We're not talking about gold. The first target is water. We know there is trapped water at the lunar poles, where the temperature is as low as -190 degrees Celsius (-310 Fahrenheit)".

"One of the ideas being discussed is of heating the part in permanent shadow, evaporating the water and capturing it," said Rostami, who has launched the world's first Masters degree and PhD in Space Resource Engineering in Colorado.

"Another idea is to mine it, and take it to a facility and let it thaw. The material extracted along with the water can then be used to 3D print buildings in the colonies," he said.

One thing is sure: the future LTBM will undergo rigorous pilot testing on Earth first "because once it's deployed, that's that. It'll be very difficult to make any drastic changes".