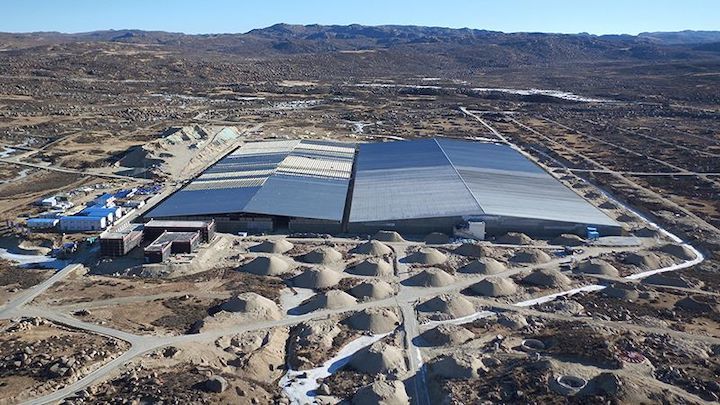 The search for ultra-high-energy γ-rays is underway high on the Tibetan Plateau, at the Large High Altitude Air Shower Observatory.Credit: Xinhua/Alamy

China’s search for the origins of high-energy cosmic rays — particles that shower Earth from outside the Solar System — has kicked off. A ceremony to launch the first phase of the Large High Altitude Air Shower Observatory (LHAASO) was held on 26 April, three weeks after the facility started making observations.

Cosmic rays are composed of subatomic particles, such as protons or atomic nuclei, which can reach almost the speed of light when travelling through space. A number of phenomena, such as supernovae, are thought to produce them, but the origin of the most energetic of these particles, known as ultra-high-energy cosmic rays, is still a mystery.

That’s in part because cosmic rays, which carry a charge and so are bounced around by magnetic fields on their way to Earth, are difficult to trace.

The LHAASO will take an indirect approach. Set more than 4.4 kilometres above sea level in Daocheng, Sichuan, on the eastern part of the Tibetan Plateau, it will track another form of radiation — high-energy γ-rays. Researchers suspect that these come from the same astrophysical phenomena as cosmic rays, but because γ-rays don’t carry a charge they travel in straighter lines and are easier to trace. Following the path of γ-rays could therefore lead scientists to a cosmic-ray producer.

Sources of high-energy γ-rays have been identified, including flaring supermassive black holes called blazars. None of these has also been confirmed to produce cosmic rays, although there are hints that they do.

The LHAASO’s four detector arrays will be the first to measure ultra-high-energy γ-rays — those in the peta-electronvolt (1015 eV) range. Earth’s upper atmosphere absorbs these rays, which splinter into showers of lower-energy particles. The observatory’s high altitude means its detectors will be able to capture these particles before they decay to much lower energies.

A better understanding of cosmic rays could reveal what distant galaxies are composed of, and provide clues to the processes that accelerate nuclei to such great speeds.

The LHAASO is managed by the Institute of High Energy Physics in Beijing, and is scheduled to be fully operational by 2021.