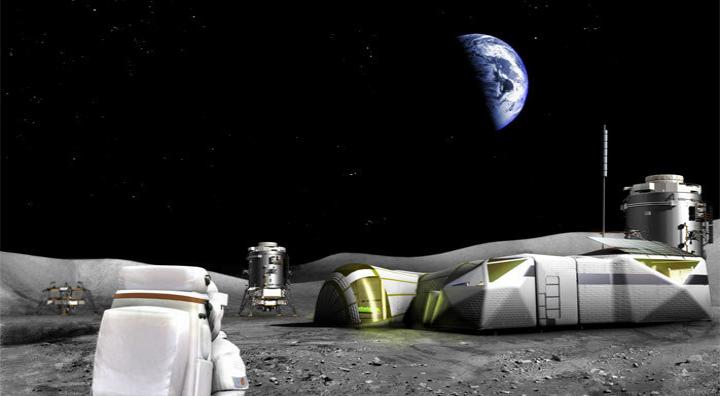 Robert Zubrin is president of the Mars Society and Pioneer Astronautics and the author of “The Case for Mars.” Homer Hickam is a former NASA engineer and the author of multiple books, including the memoir “Rocket Boys,” which was made into the film “October Sky.”

Late last year, President Trump directed NASA to “lead the return of humans to the moon.” For most folks, the meaning of this was pretty clear: Americans would soon walk on the moon again.

The space agency, however, had another idea. In February, NASA announced that it is planning to build the Gateway, a mini-space station that would orbit the moon — for no apparent reason.

The vague description of the space station on NASA’s website offers little clarity. There’s no certainty as to when it would be built, what it would be used for or why it is needed. Half a billion dollars are already dedicated to the Gateway this fiscal year without any obvious plan to do anything with the money except spend it. Beyond that, the budget isn’t known but is certain to be huge. NASA further revealed the obtuseness of the project by noting that it doesn’t know whether it would be permanently crewed or only occasionally visited or what exactly the astronauts would do when aboard.

As for landing people on the moon, NASA is vague about that, too. Apparently, if we wanted to build a lander sometime in the future, it would rendezvous with the Gateway for some reason and then attempt a landing.

This is all just plain weird. It’s like building a big, expensive aircraft carrier, positioning it off the European coast and requiring passengers going from New York to Paris to land there first and do something (although what isn’t known) until another airplane is built to pick them up to carry them to their destination. This, we suspect, is not the best way to get to France.

Rather than build this murky Gateway, which we frankly doubt the American people will understand or support, we believe the best expenditure of time and money is to simply make it a national goal to build a base on the lunar surface. Such a base would be similar to the U.S. South Pole Station and constructed for the same reasons: science, exploration, knowledge, national prestige, and economic and technological development for the benefit of the U.S. taxpayer.

This plan, which we call Moon Direct, doesn’t take rocket scientists to comprehend (although we both hold that title). And we could accomplish it in just three discrete phases: First, we deliver cargo to the lunar surface and initiate robotic construction. Second, we land crews on the base, complete construction and develop local resources. And third, we establish long-term habitation and exploration.

SpaceX’s Falcon Heavy booster, which can launch 60 tons to Earth orbit and 10 tons to the moon, could easily handle the first phase. And NASA’s Space Launch System, still in development, might eventually be used along with heavy lift rockets such as Blue Origin’s New Glenn and the United Launch Alliance’s Vulcan. (Blue Origin’s founder, Jeffrey P. Bezos, owns The Post.) Rather than spend a fortune and take years to build a Gateway for obscure reasons, we could immediately go straight to the surface of the moon and set up shop.

The key to crew operations, the second phase of building our moon base, is a spacecraft we call the Lunar Excursion Vehicle, which would operate outside our atmosphere and therefore need no heavy heat shields or Earth landing systems. The LEV would fly from Earth’s orbit to the lunar surface and back again. New York to Paris, Paris to New York. Nothing could be simpler. All we would need to do is get to the airport — in this case, low Earth orbit — where the LEV would be “parked” for refueling and used again and again, just like a passenger airplane.

“Paris,” by the way, should be near one of the lunar poles — where sunlight shines nearly all the time and ice deposits sit in permanently shadowed craters. By combining solar energy with lunar water, we could produce rocket propellant for the LEV to use to fly back to Earth and to travel around the moon. This water would also be available to support human life.

A key goal of the second phase is to get propellant production going on the moon. Until it is, we would send the LEV with fuel for the round trip on a heavy-lift rocket to orbit, followed by a relatively cheap, medium-lift rocket with the crew. The crew would rendezvous with the LEV, park their capsule in Earth orbit and then ride the spacecraft to the lunar base. After they complete their mission, the crew would blast off from the moon with the LEV, fly back to their capsule in Earth orbit and journey home, leaving the LEV behind for its next crew.

It’s simple, straightforward and very doable with the technology at hand.

The third phase would have continuous operations, including propellant production on the lunar surface. With this infrastructure, all it would take to get to the moon is a medium-lift rocket and the clear weather to launch it.

If we’re serious about going to the moon, let’s just go there. Next year will mark the 50th anniversary of the first moon landing, reminding us of the sort of things we as a nation once accomplished. We should resolve now to do no less.

Let’s put aside these murky plans to orbit the moon in a can for no good reason. Let’s build a base on the moon where not only Americans can take small steps in the peaceful pursuit of knowledge, but also where the world can take giant leaps toward opening of a new frontier.

Raumfahrt - We have the technology to build a colony on the moon. Let’s do it.
2327 Views
Created with page4