Probably one of the most interesting thing I have discovered over the years while reading UFO reports is that the moon can be mistaken for a UFO! It seems strange that something so obvious could be misidentified as something alien but it does happen. However, I don’t think UFOlogists appreciate the possibility of the moon being a source of a UFO report. Respected UFO historian, Jerome Clark once wrote:

Jill Tarter looked ridiculous when she admitted (boasted, even) that - as an astronomer yet - she failed to recognize what any Joe Doakes has no trouble identifying instantly: the moon partially hidden by clouds.1

Clark’s misleading comments about Dr. Tarter is indicative of how UFOlogists dislike skeptics. He ignored the fact that she identified her UFO shortly after seeing it. Dr. Tarter was simply trying to demonstrate how she initially was confused by what she was seeing. If we put aside Jerome Clark’s personal attack on Dr. Tarter, we have to wonder about his other claim that “any Joe Doakes” could easily identify the moon.

I found it interesting that Clark, in making his statement, seemed completely ignorant of how the moon has been misperceived as a UFO. Allan Hendry noted that 2% (22 reports) of his nocturnal light UFO sightings were of the moon.2 He even had one sighting that involved multiple police officers in separate cars pursuing the setting moon! It seems hard to believe but, as UFOlogists like to point out to skeptics, you have to keep an open mind about these things.

Herb Taylor recently gave me a list of all Blue Book (BB) files that he found involved the moon.3 He included my reclassifications in the list but, while I had exchanged some e-mails regarding a few of these cases with Herb, I had not reviewed all these cases. As a result, I decided to go through his list and, like my BB reassessments, listed if I agreed or not with the conclusions. 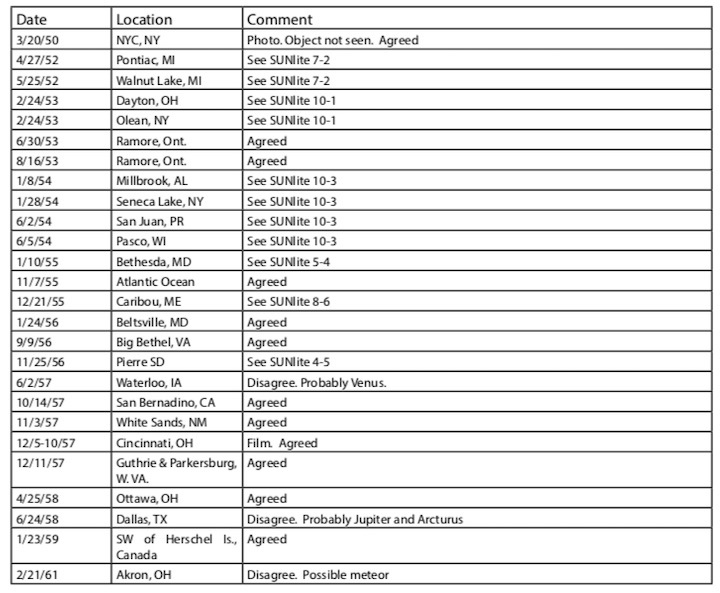 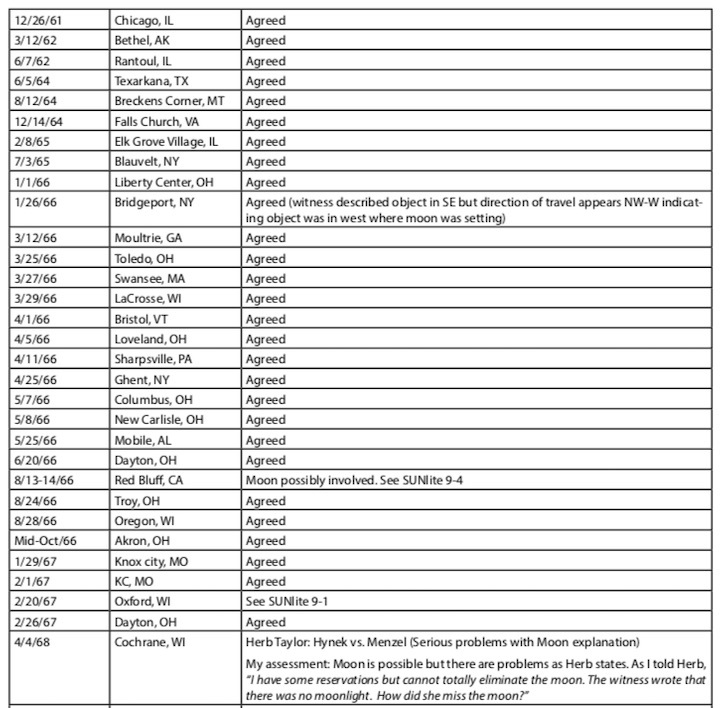 While reviewing these cases, I found several cases that had interesting commentary. One involved Dr. Hynek’s letter to a witness, who had misidentified the moon as a UFO:

It seems almost impossible that this could be so, but obvious mistakes are frequently made, and the moon, when rising, and viewed through scudding clouds and perhaps additional meteorological conditions, can fool people. We do have documented cases in which the setting moon has been the source of several UFO reports.

In another instance, the witness admitted they had made a mistake on their initial UFO report and, after watching the moon rise a week later, they realized their initial report was the moon! 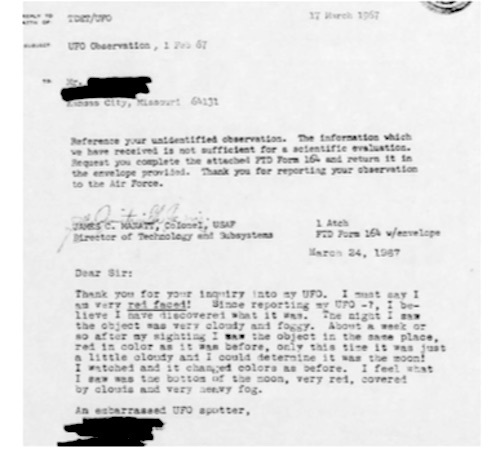 Another thing that caught my eye in reviewing these cases is how witnesses sketched the moon. In some cases, it was obvious that what was seen was the moon. In other cases, it was not. One sketch that stood out for me was the Knox City case of January

29, 1967. In this case, Hynek agreed with the conclusion by initially the solution. the reasons to believe that what was seen was the moon. 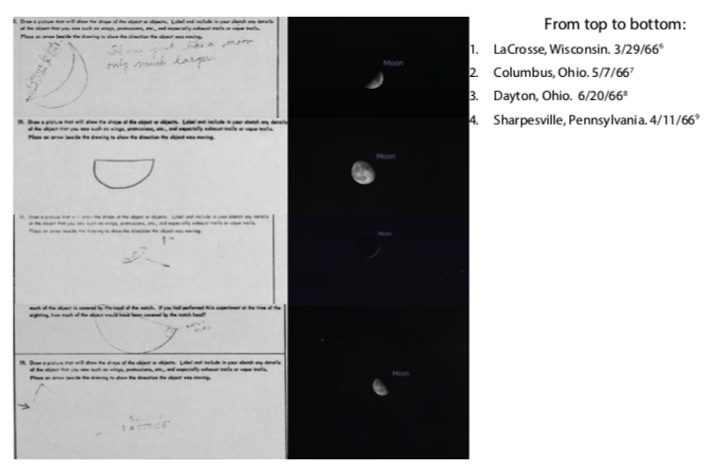 The Moon as an IFO

Contrary to the claims of Jerome Clark, not every“Joe Doakes”can identify the moon and that a surprising number of people have misidentified the moon over the decades. This is still the case even today. I have noted in SUNlite incidents involving the moon as a UFO (See SUNlite 8-5 for an example). UFOlogists need to be careful and make sure that the moon was not a potential source

of the UFO report before promoting it as being “unidentified”.