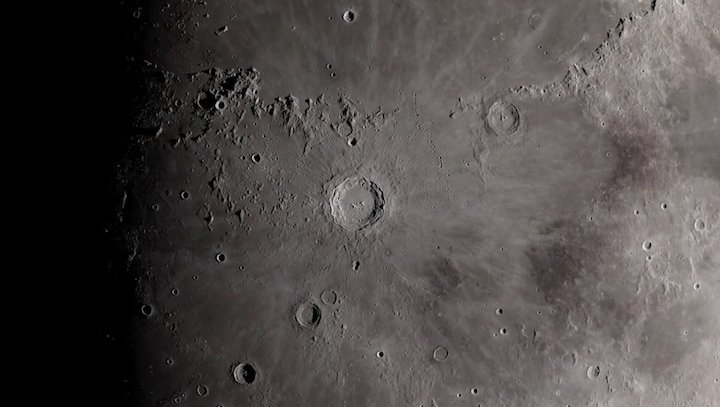 A new NASA video tour of the moon captures breathtaking views of the lunar surface.

Set to Claude Debussy's musical piece "Clair de Lune," this beautiful photomontage uses footage captured by the Lunar Reconnaissance Orbiter(LRO). The video follows the sun through a lunar day, as the star rises and sets over prominent features on the moon.

The video, created by NASA science visualizer Ernie Wright, made its debut at a concert titled "NSO Pops: Space, the Next Frontier." It accompanied a performance of the Debussy piece by the National Symphony Orchestra Pops on June 1 and 2 at the Kennedy Center in Washington, D.C. The video was then released on YouTube on July 20, the 49th anniversary of the Apollo moon landing.

Not only does the video pay tribute to the anniversary of Apollo 11, but it also honors NASA's 60th anniversary, according to a statement from the agency. [The Most Marvelous Moon Missions of All Time]

"Clair de Lune," which means "moonlight" in French, offered the perfect backdrop for the video, because it is "melancholy, solitary and contemplative, as if you're alone, walking through a garden in the moonlight," Wright said in the statement.

The LRO, which launched in 2009, measures the lunar terrain, collecting data that has been used to create a topographic map of the entire moon. Wright used this map, along with 3D visualization software and other images of the moon, to create this scenic tour of the celestial body.

His video captures stunning views of lunar landmarks, including the sprawling ray system surrounding the magnificent Copernicus Crater and the jutting peaks of the Apennine and Caucasus mountain ranges.

n the video, sunlight sweeps across the landscape, revealing Aristarchus Plateau on the northwest part of the moon's near side. As the sun rises, it brings the bright Aristarchus impact crater and a number of prominent rilles — narrow grooves on the moon's surface — out of the shadows. The lighting captured in the video comes from the angles of the sun's rays during lunar days in 2018, according to the statement.

"The thing about the moon is that the shadows are everything," Wright said. "If you don't do that well, you've pretty much lost the game — there aren't vibrant colors like on the Earth or Jupiter or Saturn," Wright said.