Given the threats posed by asteroid strikes, pandemics and the like, it's not an idle question. 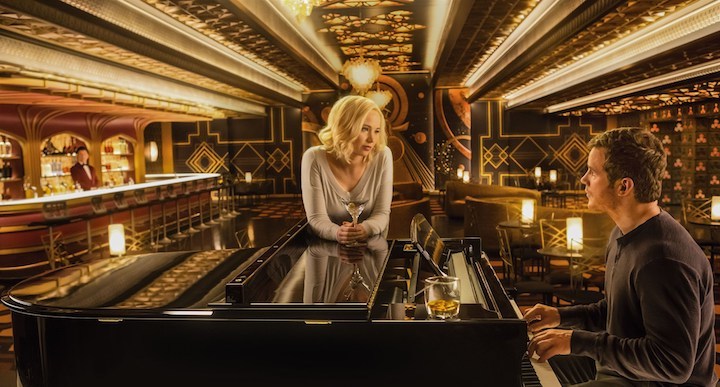 The 2016 movie "Passengers" portrayed life aboard a starship. But how many people would there need to be on a real-life space ark in order to save our species? Scientists disagree.

But it was the 2016 discovery of a potentially habitable Earth-size planet around Proxima Centauri, the nearest star after the sun, that really got people thinking: Are we too vulnerable to asteroid strikes and other cataclysms to stick with our single planet? Could we safeguard our species by sending a space ark to a new home, a la "Battlestar Galactica" or the movie "Passengers?"

Frédéric Marin is among those who are doing the hard thinking. The University of Strasbourg astrophysicist has been focusing not on the engineering issues of interstellar travel (which lie beyond current technology) but on the biology side of the question: How many crew members would be needed for an interstellar voyage that might last dozens of generations? In other words, what is the minimum number of people required to deliver and successfully plant a self-sustaining population of Homo sapiens on another Earth?

by Taboola
SPONSORED STORIES
Developers: Intel AI Learning Kits Have You CoveredIntel® AI Academy
This app will have you speaking a new language in 3 weeks!Babbel

“I was reading a lot on the human psychological aspect of spaceflight, and I realized that all books I’ve read and all the movies I’ve seen that were dealing with multiple-generation ships were very naïve,” Marin says. “Since I have access to huge computing power and state-of-the-art simulation tools, I decided to solve this on my spare time.”

So when he wasn’t busy simulating galaxies and black holes, Marin created a computer program that mimics the progress of a breeding population. Then he used the program, dubbed Heritage, to simulate the risks a spacefaring population would face, including the effects of inbreeding as well as of catastrophic events like a deadly pandemic or being hit by some celestial object. A paper about his research was published in February in the Journal of the British Interplanetary Society.

The number Marin came up with is 98. Just 98 healthy people would be needed to operate the ship over many generations and to set up a healthy (non-inbred) population on another world, he estimates. That number holds even for his test case of a space ark mission lasting more than 6,000 years, although he allows for the population aboard the ark to grow over time — up to about 500, perhaps.

The implications of this finding go far beyond the sorts of spaceships we might be able to build in another century or two. “Our results apply to any enclosed environment where emigration and immigration are not possible,” Marin says. “The same elements are essential for any self-sustaining colony, so our code can easily compute the survival rate of a group of humans after a local or global catastrophe as well.”

So even if billions of humans were wiped out by some catastrophe, as long as a suitable group of 98 survived and were able to mate, Marin says, they could carry enough genetic diversity to propagate the species and rebuild the population.

Marin acknowledges that 98 sounds like an awfully small number. But he insists it makes sense, even knowing that Cameron Smith, an anthropologist at Portland State University in Oregon, looked at the same basic problem in 2014 and came up with a minimum crew size of 14,000.

“Genetic minimum viable population doesn’t deal with real-world concerns,” Smith says, adding that he based his calculation on the demographics of actual populations on Earth. Many hunter-gatherer societies survive in groups of about 100, but even isolated tribes always interact with and have offspring with neighboring groups.

Even a population of 14,000 strikes Smith as a modest number if you’re counting on it to sustain our species. “Suppose a catastrophe comes along and it knocks out 70 percent of the population,” he says. “Now the demographic structure of the population has been so disrupted that you can no longer find appropriate mating partners. One little catastrophe and the whole thing could fall apart.”

The settling of the South Pacific is an interesting case study, according to Smith. That’s because Polynesians populated the islands one by one, much as we might eventually populate other planets. Of course, the Polynesians had abundant open land for population growth and were followed by a stream of other migrants who could keep things going if they got wiped out.

Extraterrestrial voyagers won’t have those benefits in transit.

A STRATEGY AGAINST EXTINCTION

Despite their differences, Smith and Marin concur in the belief that it’s time to start thinking about these issues — no matter how abstract they seem or how many centuries might pass before humans are able to build a starship.

Science - How many humans would it take to keep our species alive? One scientist's surprising answer
744 Views
Created with page4