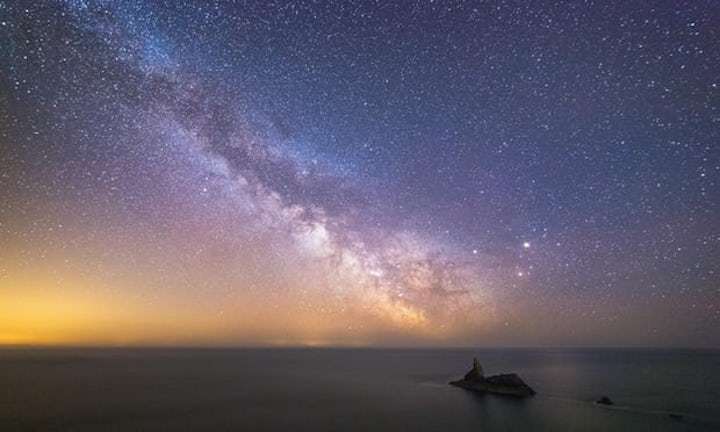 It looks cold, dark and empty, but astronomers have revealed that interstellar space is permeated with a fine mist of grease-like molecules.

Prof Tim Schmidt, a chemist at the University of New South Wales, Sydney and co-author of the study, said that the windscreen of a future spaceship travelling through interstellar space might be expected to get a sticky coating.

“Amongst other stuff it’ll run into is interstellar dust, which is partly grease, partly soot and partly silicates like sand,” he said, adding that the grease is swept away within our own solar system by the solar wind.

The findings bring scientists closer to figuring out the total amount of carbon in interstellar space, which fuels the formation of stars, planets and is essential for life.

Until now there has been uncertainty over how much carbon is drifting between the stars. About half is expected to be found in its pure form. The rest is chemically bound with hydrogen in either a grease-like form, known as aliphatic carbon, or as a gaseous version of naphthalene, the main chemical component of mothballs.

To tackle the question, Schmidt and colleagues recreated in the laboratory the process by which greasy carbon forms in the outflows of carbon stars. The material was collected and analysed using spectroscopy to work out how strongly it absorbed light of certain wavelengths.

“This allowed us to figure out how much greasy carbon is in the line of sight of various stars,” said Schmidt.

They found that there are about 100 greasy carbon atoms for every million hydrogen atoms, accounting for between a quarter and a half of the available carbon in the Milky Way.

“This space grease is not the kind of thing you’d want to spread on a slice of toast,” said Schmidt. “It’s dirty, likely toxic and only forms in the environment of interstellar space – and our laboratory.”

The team now plans to determine the abundance of the mothball-like carbon, which will involve more laboratory experiments. By firmly establishing the amount of each type of carbon in the dust, they will know precisely how much of this element is available to create life. “It’s part of understanding the great life-cycle of carbon,” said Schmidt. “It’s made in stars, goes through the interstellar medium and gets incorporated into new planetary systems and has ended up incorporated into life. It’s part of the big story, the biggest story there is.”

Helen Fraser, a senior lecturer in astronomy at the Open University, said: “It remains a major question in astronomy how dust forms, evolves and is destroyed.”

Fraser said the work suggests that are many more “grease-like” molecules in space than previously thought. “The consequence could be important in how such dust grains stick and form planets, or even ‘seed’ planetary surfaces with the ingredients for the origins of life,” she added.

The findings were published in Monthly Notices of the Royal Astronomical Society.