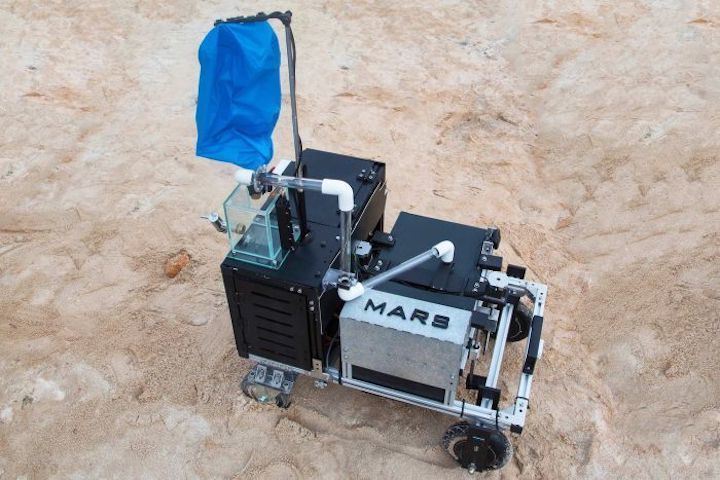 The company has already created a prototype in partnership with university students in Singapore.

A Gold Coast-based company could help NASA extract water on Mars, after striking an agreement with the space agency which is believed to be an Australian first.

NASA will assist Gilmour Space Technologies to develop and build a Mars rover to extract water from the red planet.

The Pimpama-based company said it was the first private enterprise in Australia to sign a Space Act Agreement with NASA.

"It is something that is quite exciting … to have such a deal with NASA is quite a significant milestone," company co-founder James Gilmour said.

"Excuse the pun, but this is another small step in the company's direction."

The company has already created a prototype in partnership with university students in Singapore, where the company also has a base.

"Essentially that is a rover with the intentions of extracting the hydrogen from the Regolith, which is a fancy word for Martian soil to extract water," Mr Gilmour said.

"Well I think it really is the fundamental and the underlying key to sustaining and living, without water it is very hard for us to sustain periods of long-term involvement, we see this as a major key.

"So quite an exciting project."

The blueprints for this robot attracted the attention of the American space agency after it won the grand prize at a Designing for the Future competition in the US.

"We've done an initial prototype, but we're not experts," he said.

"We will be putting the call out for help and we are looking to engage UNSW in Sydney for their help for some of the work on the design and development."

Once built the rover will be tested at NASA's Kennedy Space Centre in Florida, which has a mock Mars environment.