Someone made a ridiculous video about NASA finding aliens. News outlets took the bait. 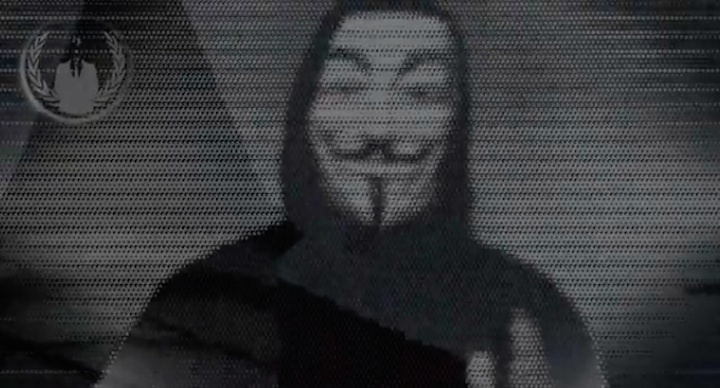 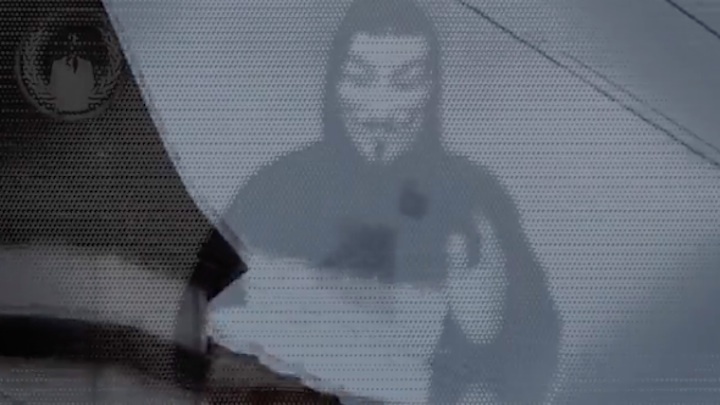 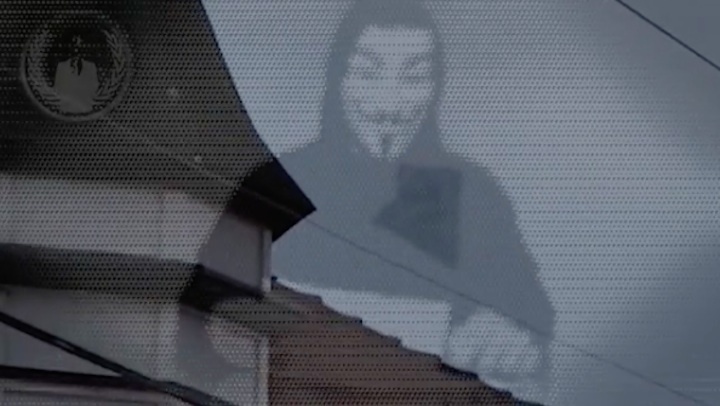 In this video posted online, a YouTuber claiming to represent the hackers collective Anonymous said NASA will soon announce the discovery of “extraterrestrial life.”(Anonymous/YouTube)

“ANONYMOUS SAYS NASA HAS EVIDENCE OF ALIEN LIFE. DOES IT?” — Newsweek

“The world's biggest hacking group thinks NASA is about to announce alien life.” — the Independent

It's June, 2017 — still early days in a century full of scientific promise and information revolutions.

Maybe you know of Anonymous as a band of socially enlightened hackers: liberators of knowledge from elites who want to hide it from the public.

What, you wonder, has Anonymous learned about aliens that NASA doesn't want to reveal yet?

And what you get, if you follow the professional news articles to the amateur YouTube channel that is their source, is video of a man in a Guy Fawkes mask — “Anonymous Global,” he calls himself — reading out old quotes from NASA spokespeople in a spooky, synthesized voice.

The man in the anarchist mask quotes a NASA science director's testimony from a congressional hearing in April, all totally public: “We are on the verge of making one of the most profound, unprecedented discoveries in history.”

Anonymous Gobal doesn't show the actual testimony, in which NASA's Thomas Zurbuchen talked up recent discoveries of planets around distant suns and organic chemicals on Saturn's moon but caveated that “we haven't found definitive signs of life just yet.”

Later in his 12-minute video, between monetized ads, Anonymous Global runs out of quotes and just sits there in front of random UFO footage, talking about an “alien protocol” and conspiracy theories.

“Well this was a whole lot of nothing,” says one commenter among the million-plus people who clicked.

Not to mention the countless numbers who clicked on one of the many, many news headlines that played along with the YouTuber's bait and switch.

“Anonymous says NASA is ‘on the verge’ of announcing the existence of extraterrestrial life,” writes the Independent, citing “a YouTube account affiliated with the hacking group.”

In this instance, even the YouTuber calling himself “Anonymous Global” was more accurate than the news. “Anonymous is NOT a group or an organization,” he notes, correctly, in a disclaimer on his channel.

As the New Yorker once wrote, Anonymous is not an organization of hackers or anything else, but rather “a shape-shifting subculture” of anti-establishment Internet users.

It's an open-access brand, essentially, and anyone can claim allegiance to it.

In the case of “Anonymous Global,” his YouTube history reveals that he started making videos about the flight simulator X-Plane, until a year ago, when he fully embraced the Anonymous brand.

“HUMANS are about to discover alien life, NASA believes — according to the latest video from hacktivist group Anonymous,” says the Sun.

And it's not just the British tabloids — which before breathlessly reporting on the Anonymous aliens video, were spotted lending credence to the “Breatharian” movement, made up of people who claim they don't need food.

Newsweek picked up the story, too, with that ALL-CAPS question headline: “ANONYMOUS SAYS NASA HAS EVIDENCE OF ALIEN LIFE. DOES IT?”

You have to read more than 200 words into the article to find out the answer: No, it does not.

Even Sputnik News, which is run by the Russian government and named after a satellite that symbolizes its space rivalry with NASA, flirted with the notion that U.S. government scientists might have beaten their Russian rivals to the biggest discovery in history.

Once you click through, though, the Russians quickly dispel such nonsense.

“Just about anyone with a rudimentary knowledge of the dark Web can grab themselves a few minutes in the online limelight by ‘releasing’ an ‘announcement’ and crediting the story as being from Anonymous,” Sputnik writes.

“We all want the same outcome, certainly, but we'll stick with the peer-reviewed science, thanks.”

For what it's worth, The Washington Post reached out to NASA for a comment on whether it has discovered but not yet announced the existence of aliens.

If you were still in suspense, sorry to disappoint:

“While we’re excited about the latest findings from NASA’s Kepler space observatory, there’s no pending announcement regarding extraterrestrial life,” a spokesman for the agency wrote.

“For years NASA has expressed interest in searching for signs of life beyond Earth. We have a number of science missions that are moving forward with the goal of seeking signs of past and present life on Mars and ocean worlds in the outer solar system. While we do not yet have answers, we will continue to work to address the fundamental question, ‘Are we alone?’ ”

So there it is. For the moment, the only confirmed intelligent life in the universe is human — more intelligent some weeks than others.

This article has been updated with NASA's comments.