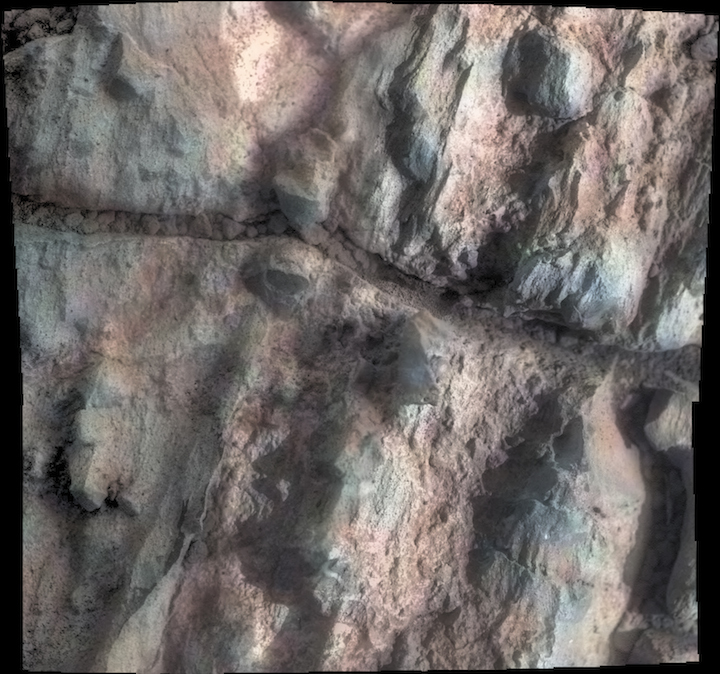 This relatively bright outcropping of rock, dubbed "Gasconade," was investigated by NASA's Mars Exploration Rover Opportunity while the rover was perched on "Spirit Mound" at the western edge of Mars' Endeavour Crater.

This mosaic combines four frames taken by the microscopic imager on Opportunity's robotic arm on Oct. 2, 2016, during the 4,512st Martian day, or sol, of the rover's work on Mars. Enhanced color information from Opportunity's panoramic camera has been added to emphasize differences in the materials visible in the target. Figure A is a version with no color information added to the microscopic imager mosaic.

The view covers an area about 2 inches (5 centimeters) wide. Opportunity's inspection found Gasconade to be a wind-etched outcrop with angular bits of darker rock within a lighter matrix, which may have been formed from fallout of the impact event that excavated the crater. 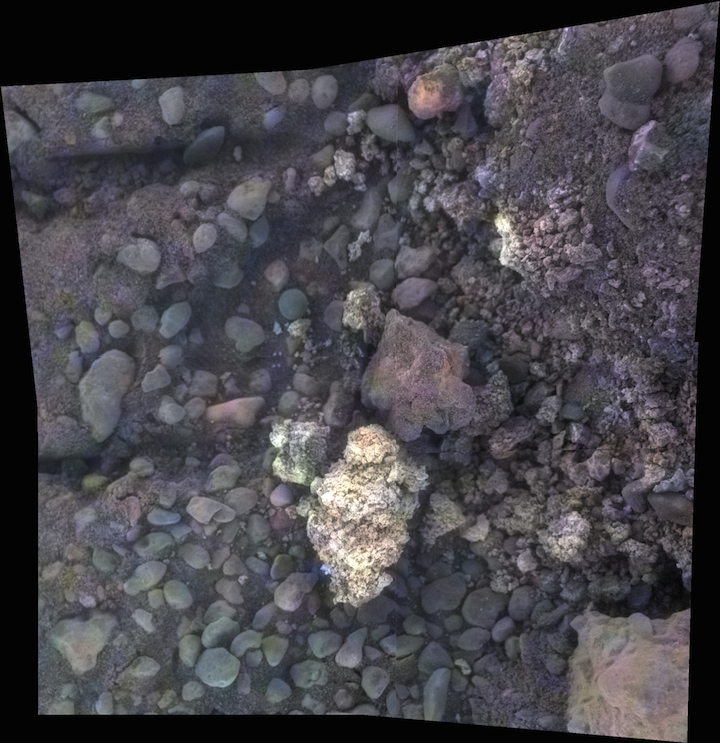 This image of a target called "Private Joseph Field" combines four images from the microscopic imager on the robotic arm of NASA's Mars Exploration Rover Opportunity, with enhanced color information added from the rover's panoramic camera.

Figure A is a version without the added color information.

This target is within the "Marathon Valley" area of the western rim of Endeavour Crater. The component images were taken on May 29, 2016, during the 4,389th Martian day, or sol, of Opportunity's work on Mars. The mosaic shows an area spanning about 2 inches (5 centimeters).

Geochemical data indicate the presence of magnesium and iron sulfates at this location, most likely corresponding to the white pebble visible near the center of the image. These sulfates may have formed by the interaction of acidic fluids with the rocks along the rim of Endeavour crater.