Don Berlinner describes this case as:

The case sounded very interesting and I was glad to see that the witness gave us some details of their sighting.

The case file indicates that no investigation was conducted. All that is included is the standard reporting form completed by the witness two months after the event.

The witness gave some directions and angles of elevations that might be useful. They stated that it was initially seen in the South- west and it disappeared in the southeast. The object also appears to have risen a bit during the observation. This seems to be helpful but the sketch of the sighting by the witness did not indicate the object moved across 90 degrees of sky towards the east. It shows the object staying in the same direction and rising just a bit. It is possible the witness meant to circle the Southwest direc- tion instead of the Southeast direction based on this information. This became clear in the witness’ sketch of the UFO’s location in relation to her home.2 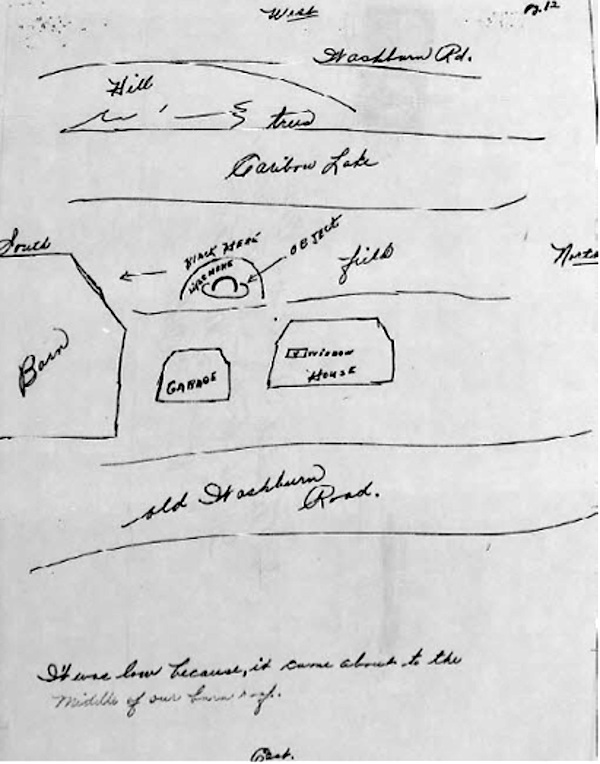 This shows the object being to the West-Southwest or Southwest. The witness also stated that the object was low (and not the 45 degree elevation given in her report form) about the same elevation as the middle of the barn roof, which appears to have been a significant distance away (being separated between the house by a garage).

The witness’ description of the event reveals some details about the sighting that may be important3: