The NICAP document describes this event as:

Section III gives us a bit more information but not much:

The footnote tells us that this information came from USAF intelligence reports, which means the details should be in the Blue Book records

Blue Book has an extensive file on this case, which involves multiple sightings that night. There was an extensive investigation of the event and their conclusions are something not mentioned by NICAP.

The record card summarizes the case as follows3: 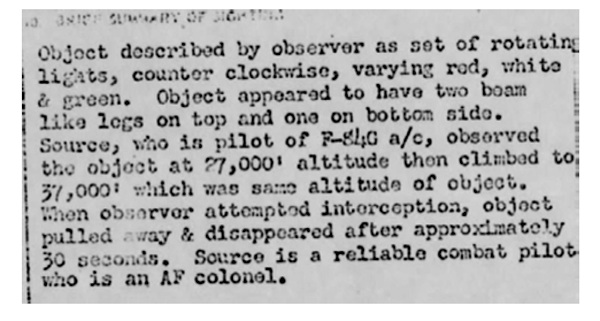 The FLYOBRT report describes the object as follows4: 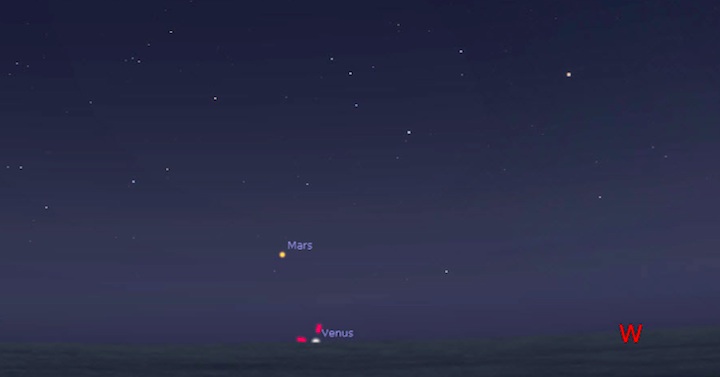 There was also a radar contact as part of this event but it was too the east of Misawa AFB and not to the northwest, where the UFO was sighted and pursued.

Like many UFO reports involving nocturnal lights, there is a probable astronomical explanation. At the time of the sighting, the

These values indicate that the three other aircraft had sighted the planet Venus. The F-84’s initial pursuit was also of the planet Venus. Since all were looking in the direction of Venus and did not notice it, then it is logical to conclude that the UFO was probably Venus.

The F-84’s second sighting is not so easily identified. If the directions are correct, the pilot saw the object to the south, or South-South- west, which is not the planet Venus or Mars. The pilot referred to the object disappearing to the west a few seconds after he turned towards it. It seems possible he might have confused a distant light from a ship, ground light, or another aircraft that was visible for a short period of time and disappeared for some reason. The aircraft’s southeastward trek would make a distant light appear to slowly move towards the west as the aircraft moved south, which would agree with his final statement that the object disappeared to the west. While some might find it unlikely he would confuse a distant light, one must remember, he was already in a state of alert for unusual lights and had already chased the planet Venus. Confusing another light for a UFO seems probable.