Leave vote sparks concerns over losing £1bn a year in funding and closing doors on researchers from EU countries
.
Senior scientists in Britain have reacted with dismay to the nation’s collective decision to walk away from a European Union that hands them nearly £1bn a year for research, and sends to their laboratories some of the most brilliant minds in the world.
The leave vote prompted immediate concerns for the future of staff and students from non-UK member states already at work in Britain, and the impact the result could have on the ability of leading institutions to attract the best overseas talent to the country.
Paul Boyle, vice-chancellor of Leicester University, called the “shocking result” a “dark day for UK science” and called for every effort to be made to counter any impression that the UK had become less welcoming to international researchers. He called on the science community to start campaigning immediately to protect the science budget.
A May report from the UK data group, Digital Science, stressed that scientific research in Britain was propped up by EU funding to a “concerning level”, and in evidence to a Lords committee, the pro-European science minister, Jo Johnson, made clear there was no guarantee that a post-Brexit government would be willing or able to make up any shortfall if the EU funds collapsed.
“As a community we’re going to need a strong voice to ensure that a key part of the UK national economy – science and high tech – really has a long term future here,” said Ewan Birney, co-director of the European Bioinformatics Institute in Cambridge.
When discussions get underway to thrash out the terms of the severance, he said Britain should try to negotiate access to the EU’s massive Horizons 2020 research programme, though other demands may well take priority.
It may be some time before any impact of the vote on Britain’s appeal to foreign scientists becomes fully apparent, but Birney and many scientists are not upbeat about the signal it sends.
“This is a big blow for the hiring of talented people across the EU,” Birney said.
“The overall mood which Brexit sends - that foreign nationals are not welcome - will I think be a deterrent to the top people coming here. This is not just about that individual, but also his or her life – spouse, close family, boyfriends or girlfriends visiting or even staying for a bit.
Advertisement
“More than the practicalities though is the sense of not being wanted. I know many people who have made their life in the UK without changing nationality and feel bad this morning, and I really feel for them,” he said.
“On the positive side, I believe we can work through this and fundamentally science works internationally – to be successful, whatever the configuration, we have to think internationally.”
Paul Nurse, the Nobel prize winner and director of the Francis Crick Institute, said Britain’s scientists would have to work hard to counter the isolationism of Brexit if UK science was to continue to prosper. “This is a poor outcome for British science and so is bad for Britain,” he said. “Science thrives on the permeability of ideas and people, and flourishes in environments that pool intelligence, minimises barriers and are open to free exchange and collaboration.”
Another Nobel laureate and president of the Royal Society, Venki Ramakrishnan, said EU money has been an essential supplement to UK research funds, and that government must now ensure that the budget for UK science does not fall.
The UK relies heavily on researchers from EU member states. A report from the Royal Society found that more than 31,000 people, making up 16% of Britain’s university researchers are drawn from non-UK EU countries.
Anne Glover, the Dean for Europe at Aberdeen University, said she was “personally heart broken” at the result of the referendum and had “great concern for the future of British science, engineering and technology.”
“Our success in research and resulting impact relies heavily on our ability to be a full part of European Union science arrangements and it is hard to see how they can be maintained upon a Brexit,” she said.
Lord Rees, the astronomer royal, called the decision to leave “deeply depressing”.
“Support for the EU was strong, especially among the young, the universities, the technical community, and a majority of our business and professional leaders,” he said. “Despite all that, we are landed with a frightening scenario.”
Quelle: theguardian
.
Update: 25.06.2016
.
Britain’s quitting the EU, but will it be forced out of EU space programs? 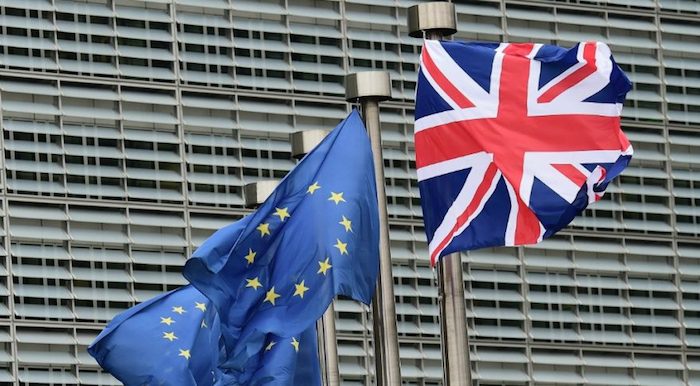