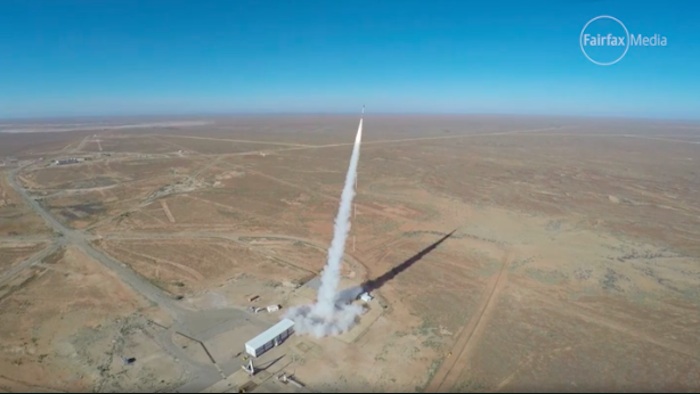 Two-hour flights from Sydney to London are a step closer after Australian and international researchers blasted an experimental rocket into the atmosphere and back at seven and a half times the speed of sound.
The test vehicle leapt from a desert test facility and climbed 278 kilometres off the earth's surface in South Australia on Monday, before falling back to earth at 9200 km/h.
It was a crucial step for a project that aims to achieve hypersonic flight with a groundbreaking scramjet engine.
The data they collected would provide crucial for information for University of Queensland researchers developing the engine that could eventually unlock hypersonic flights for the masses, or at least the uber rich.
. 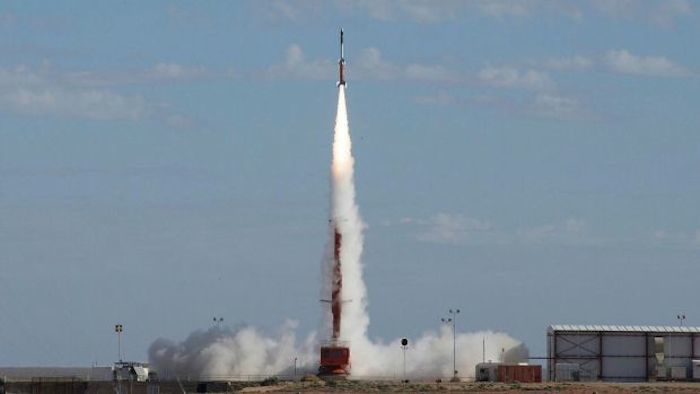 UQ's chair of hypersonic propulsion, Professor Michael Smart, said it could even provide faster and cheaper alternative access to space.
A product of the US$54 million Hypersonic International Flight Research Experimentation (HIFiRE), the test flight was one of 10 scheduled for the project and the first one back at the mammoth Woomera Test Range in years.
The test flight, which the government-run Defence Science and Technology Group's research leader hypersonics Dr Allan Paull described as more successful than they could have expected, would provide crucial information about heat and drag.
The end goal is a 10-second horizontal flight powered entirely by the scramjet planned for 2018 and hopefully laying the foundations for commercial adoption.
"Once we get to the end of this program, that technology will be there," Professor Smart said.
"But making an airliner or some sort of vehicle that flies Sydney to London in two hours, this technology will be able to do that but how that actually happens is more of a commercial activity.
So that's going to need somebody like Richard Branson or a big company like Boeing to step in and say 'we have the technology, now we're going to make this into a commercial entity.
"That's a  much more complicated thing, that's all about business cases and other stuff so how long that takes, we just don't know."
He predicted early craft would likely be small and more closely aligned to space tourism than transport but wider adoption would hopefully follow.
The UQ professor said they would have liked a longer test flight but even a 30-second trip would have required more fuel and been prohibitively expensive.
But he was confident the technology would scale up simply to enable two-hour flights.
The Woomera flight on Wednesday didn't test the engine, just the payload it would propel.
The researchers used a rocket to shoot the payload toward the upper limits of earth's atmosphere, before letting gravity do the work to accelerate to mach 7.5 on the way back down.
The rocket launch itself was not particularly revolutionary, at less than three times the speed achieved by new-generation rocket companies such as SpaceX to achieve orbit, but what it leads to hopefully will be.
A scramjet can fly for longer periods of time than a rocket, which is better suited for short, powerful thrusts to blast shuttles into orbit.
The international research collaboration includes the likes of Boeing, IBM and the United States Air Force.
Quelle: brisbanetimes
Luftfahrt
2188 Views
Created with page4