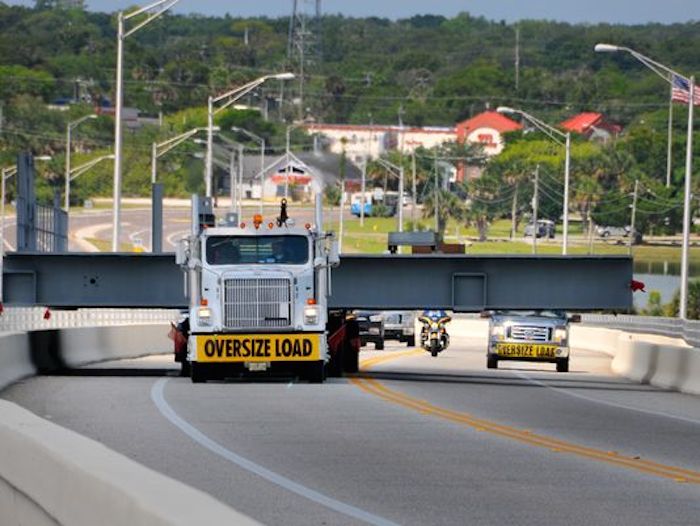 NASA rocket platform piece arrives at KSC
-
Workers - with a little help from the Brevard County sheriff's motorcycle unit - slowly transported a large platform to the Kennedy Space Center  in a convoy that wound its way through Titusville on U.S. 1. It is the latest piece of a platform to be rolled through north Brevard on its way to the space center. It arrived at the space center by 12:30 p.m. to 1 p.m.
The platform, part of a component used to launch NASA rockets, prompted a traffic advisory for minor traffic delays but there were no reported issues as the specialized truck built to carry oversized load made its way to the space center. The platform, one of several to be transported in the same fashion, left Oak Hill  in Volusia County about 9 a.m. and arrived at the intersection of U.S. 1 and Garden Street about two hours later.
The Brevard County sheriff department's motorcycle unit assisted with traffic control.
Quelle: Florida Today
Raumfahrt
2183 Views
Created with page4