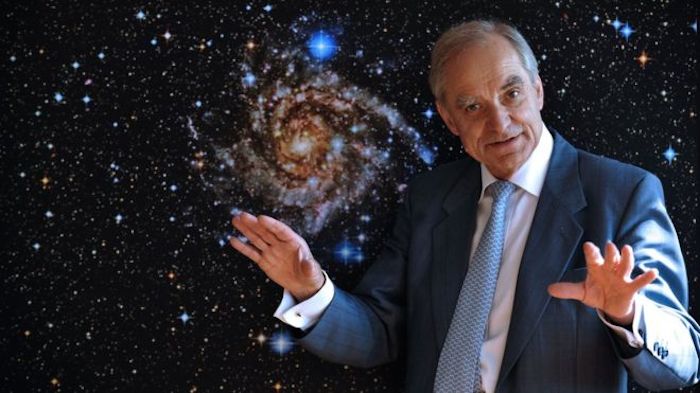 Science "could make the eyes of small children light up", Andre Brahic said
-
Andre Brahic, one of the people who discovered the rings of Neptune, has died aged 73, his publisher says.
The Frenchman was one of the team who first spotted the rings in 1984, naming them Equality, Fraternity and Liberty after the motto of the French Republic.
In a tribute, French President Francois Hollande said Brahic had known "how to easily explain the mysteries of space".
Brahic, who was 73, was seen as a key figure in increasing public awareness of research into space.
He once said science "could make the eyes of small children light up".
"He was a brilliant character: extraordinarily warm, profound and authentic, a great scholar and also a storyteller, a writer," his publisher and friend Odile Jacob said.
His discovery of Neptune's rings, along with American astronomer William Hubbard, followed on from his interest in the rings of Saturn.
In his work with the Commission for Atomic Energy and Alternative Energies in Paris and as a professor at the University of Paris, he helped carry out research into the solar system through Nasa and European unmanned missions.
A minor planet numbered 3488 was named Brahic in tribute to his work.
Quelle: BBC
Astronomie Entdecker des Neptun Rings verstorben
2077 Views
Created with page4