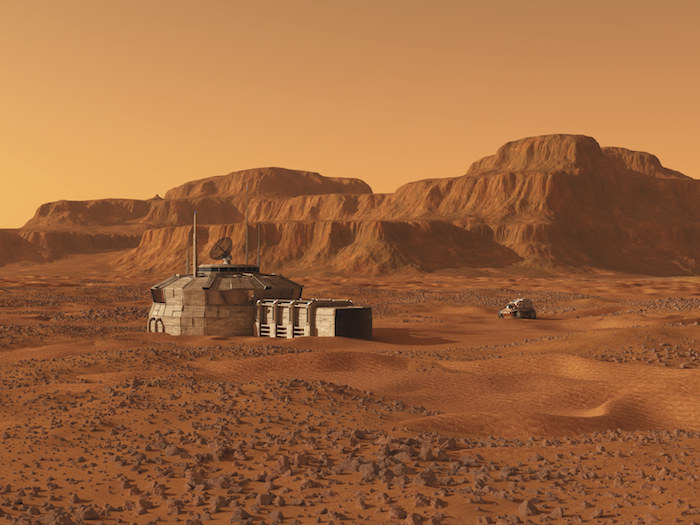 This New Concrete Was Developed for Structures on Mars
Crucially, no water is required to make the Martian material
.
While NASA's Mars Exploration Rovers are scouring the planet for any sign of life, the (somewhat controversial) Mars One organization is vowing to send the first people to Mars in 2025. To prep for human habitation, designers and architects have been tasked with creating the first Martian structures. Late last year NASA awarded $25,000 to the winning design for a 3-D–printed Mars habitat. But more recently, a team of researchers at Northwestern University has developed a type of concrete to be used as a building material on the Red Planet.
. 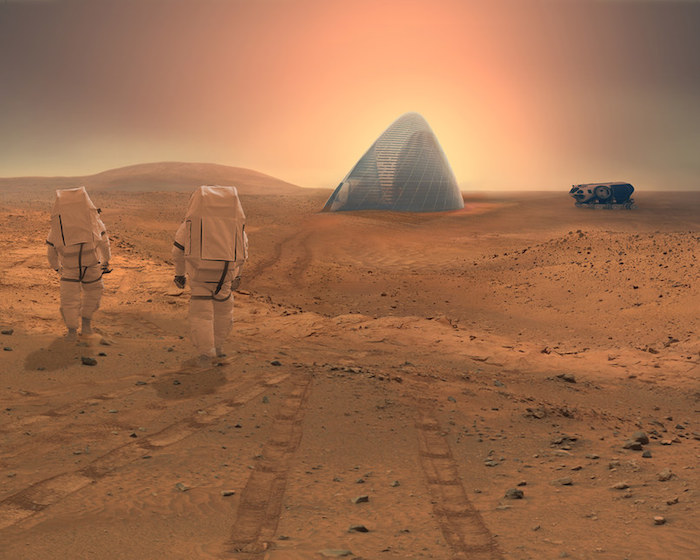 Mars Ice House is 3D printed from translucent ice which shields the crew from radiation.
Illustration: Courtesy of Clouds AO/SEArch
Formulated to survive Mars’s harsh conditions—subzero temperatures, low gravity, and thin atmosphere—the concrete is a mixture of Martian soil and molten sulfur that can easily be remelted and recycled. And most important, it can be made without water, which will be in limited supply in a human settlement. The breakthrough, although years ahead of any practical use, will make the future human explorers of Mars less dependent on shipments from Earth. It also creates an opportunity for a new wave of design: Engineers can turn to mud-brick houses and other earthen construction to inspire structural development on Mars.
Quelle: ARCHITECTURAL DIGEST
Mars-Chroniken
« Zum vorherigen Eintrag Zum nächsten Eintrag »
2824 Views
Created with page4