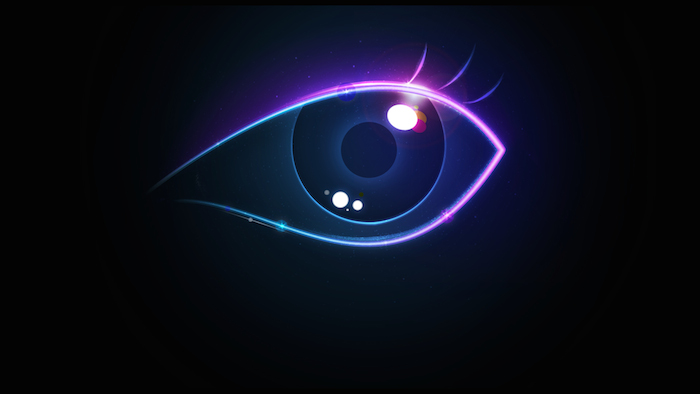 New research in The FASEB Journal suggests that genetic polymorphisms in the machinery of the one-carbon metabolic pathway combined with low vitamin B may increase risk for vision and other ocular changes during spaceflight
FEDERATION OF AMERICAN SOCIETIES FOR EXPERIMENTAL BIOLOGY
-
Just when you think you've seen it all, our eyes look to be victims of a low-gravity environments, too. According to new research published in the January 2016 issue of The FASEB Journal, two significant genetic differences in enzymes that direct the one-carbon pathway of metabolism can affect astronaut vision. Human genetic variation in these enzymes has been implicated in many diseases, including cardiovascular disease, stroke, polycystic ovarian syndrome, and more. The findings in astronauts may help identify issues related to these diseases, and conversely, findings from individuals with these diseases may increase the understanding of the changes in astronauts.
"We've identified a genetic link in astronauts with vision issues. We still don't know the mechanism, or what is causing the vision issues, but being able to narrow down who to study should help refine research and hopefully will speed finding the cause and a way to treat, or ideally to prevent, these problems from happening," said Scott M. Smith, Ph.D., a researcher involved in the work from the Biomedical Research and Environmental Sciences Division at NASA Johnson Space Center in Houston, Texas. "Not only may the results have significant implications for NASA and future astronauts, but the implications for the general population could be profound."
Scientists had previously identified biochemical differences in astronauts experiencing vision issues, specifically that metabolites in the one-carbon pathway (e.g., homocysteine) were elevated. The study followed up by examining a handful of differences in enzymes in the one-carbon pathway. The researchers collected a blood sample from astronauts for DNA, biochemical, and metabolomic analyses and also measured vision and ocular parameters. By analysis of the combined datasets, they found that two genetic differences were significant factors in whether individuals developed vision/eye issues in low-gravity environments. They also uncovered evidence suggesting that B-vitamin levels may contribute to vision problems, as well.
"This study opens a new door on what causes vision problems in astronauts," said Thoru Pederson, Ph.D., Editor-in-Chief of The FASEB Journal. "More research into the genetic and nutritional aspects of this issue may help ocular issues in astronauts and in other conditions on earth."
###
Receive monthly highlights from The FASEB Journal by e-mail. Sign up at http://www.faseb.org/fjupdate.aspx. The FASEB Journal is published by the Federation of the American Societies for Experimental Biology (FASEB). It is the world's most cited biology journal according to the Institute for Scientific Information and has been recognized by the Special Libraries Association as one of the top 100 most influential biomedical journals of the past century.
FASEB is composed of 30 societies with more than 125,000 members, making it the largest coalition of biomedical research associations in the United States. Its mission is to advance health and welfare by promoting progress and education in biological and biomedical sciences through service to our member societies and collaborative advocacy.
Quelle: AAAS
Raumfahrt
« Zum vorherigen Eintrag Zum nächsten Eintrag »
3135 Views
Created with page4