AURORAS VISIBLE FROM SPACE: For the 4th day in a row, a stream of solar wind is buffeting Earth's magnetic field. This is sparking a light show visible from Earth orbit. Dramatic images from the US Defense Meteorological Satellite Program (DMSP) show auroras over the polar regions north of Russia, Alaska, and Canada:
. 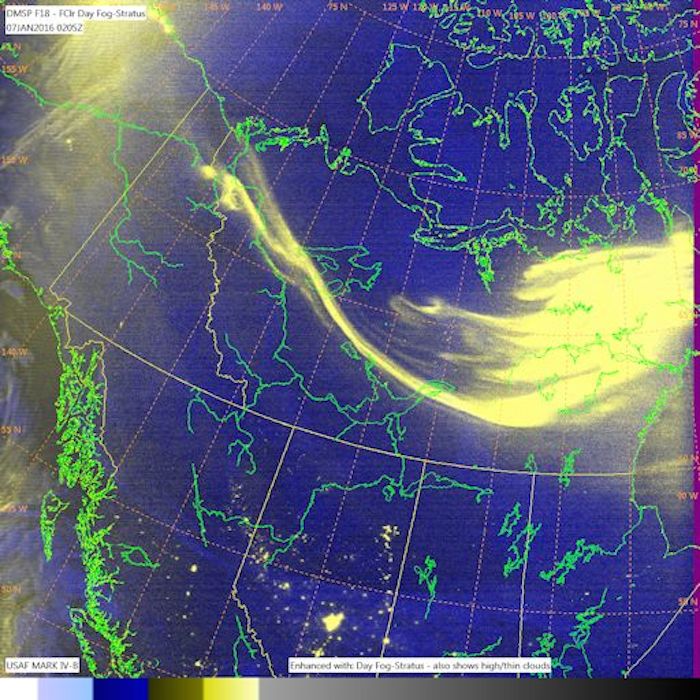 "These images of brilliant aurora borealis use both nighttime visual and infrared data from the Suomi NPP and DMSP F14, F18, & F19 polar orbiting satellites," reports says Paul McCrone of the Fleet Numerical Meteorology and Oceanography Center in Monterey, California. He processed the data on Jan. 11, 2016.
DMSP satellites carry low light cameras for nightime monitoring of moonlit clouds, city lights and auroras. Some of the auroras recorded by the fleet on Jan. 11th were as bright as the city lights underneath.
"This imagery was generated from the Operational Linescan System (OLS) on the DMSP spacecraft, revealing the sinuous path of these energetic particles entering Earth's upper atmosphere," adds McCrone.
---
AURORAS VS. LIGHT PILLARS: Last night in Muonio, Finland, Antti Pietikäinen hiked out onto the frozen surface of the River Muonio to get away from glaring city lights. "I was trying to get a better view of the auroras," he says. Turns out, he got a great view of both:
. 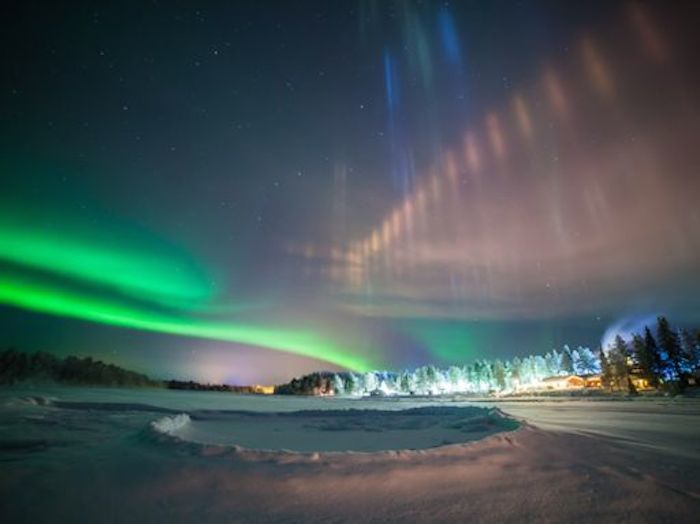 "I had a rare shot with auroras and light pillars in the same image," says Pietikäinen.
Light pillars are a common sight around northern cities in winter. Urban lights bounce off ice crystals in the air, producing tall luminous columns sometimes mistaken for auroras.
"The night air was filled with ice crystals as the temperature dropped to -35 C," he says. "This created stunning light pillars on top of the Hotel Harriniva. The funny crater in the foreground is because the ice has frozen unevenly in the river, creating a small pond that overflows water regularly. Water with slush freezes on top heightening the crater walls."
"It's quite nice to live in the aurora zone," says Pietikäinen, "every evening is different."
. 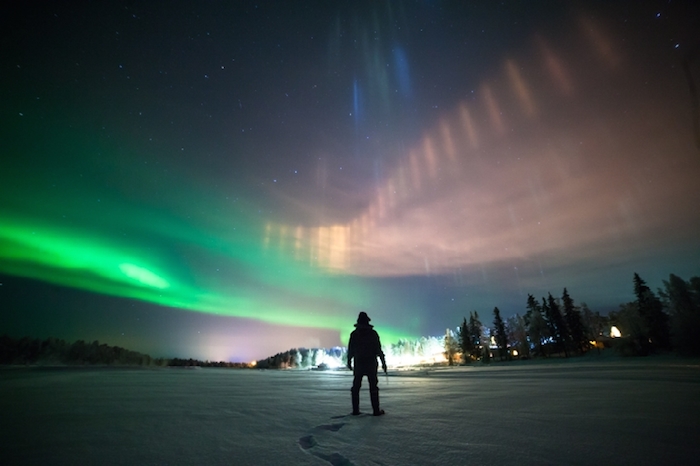