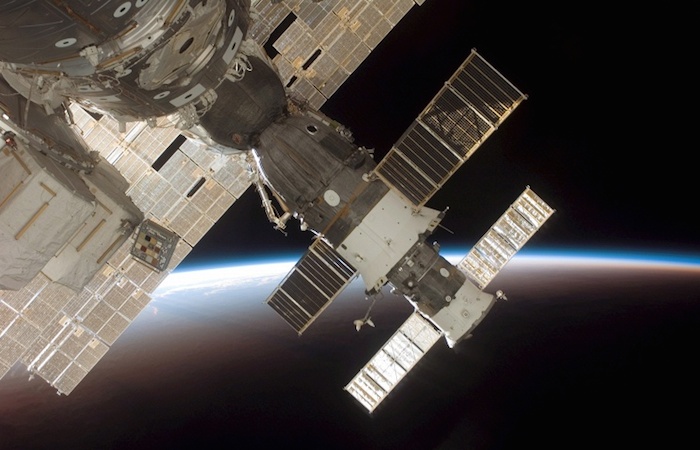 Russia’s Progress M-29M space carrier, docked with the International Space Station (ISS), switched on its engines on early Monday raising the station’s orbit by approximately three kilometers (1.9 miles), a spokesman for the Mission Control told TASS. "The operation to adjust the station’s orbit was successfully carried out," the spokesman said in an interview with TASS. "The orbit’s altitude was raised by approximately three kilometers."
He also said that the operation to readjust the ISS orbit was conducted from the Earth without the participation of the station’s current crew members. The current ISS crew comprises Russian cosmonauts Yuri Malenchenko, Mikhail Korniyenko and Sergey Volkov, US astronauts Timothy Kopra and Scott Kelly and the European Space Agency’s astronaut Timothy Peake. The station’s orbit is adjusted regularly to ensure safe docking of the freighters and manned spacecraft as well as to avoid possible collision with space debris. After fulfilling their missions to the ISS, space freighters are usually deorbited and burnt in the atmosphere on their way to the Earth. Remains of spacecraft, which did not burn, are usually buried in the remote area of the Pacific Ocean. The non-navigation area at the issue is also referred to as the "spaceship cemetery" and is located not far from the Christmas Island. This is a designated area, where numerous spacecraft, including the defunct Soviet space station Mir, were sunk.
Quelle: TASS
Raumfahrt
« Zum vorherigen Eintrag Zum nächsten Eintrag »
2776 Views
Created with page4