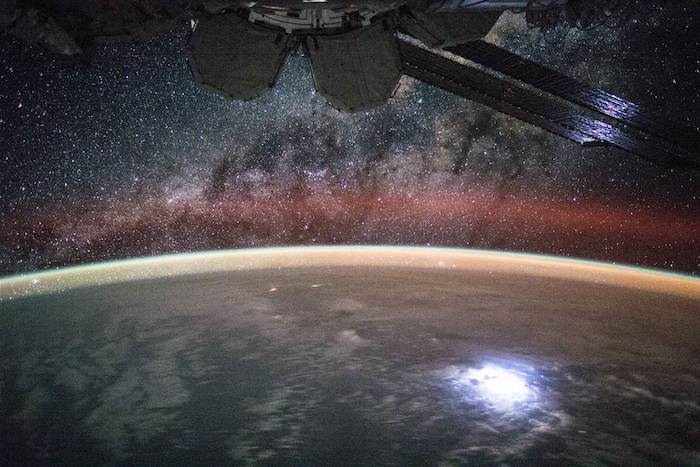 It's hard not to be jealous of NASA astronaut Kjell Lindgren's view. Earlier this week, he tweeted a stunning picture of a lightning strike illuminating the solar panels of the International Space Station.The photo was taken as the ISS flew over the Pacific Ocean. Lindgren has been following the example of his fellow astronaut Scott Kelly, who has amassed a large social media following by tweeting out stunning photos taken from Earth's orbit, including pictures of the aurora borealis and Manhattan.
Quelle: NBC
Raumfahrt
2161 Views
Created with page4