A GREEN FLASH FROM VENUS: You've probably heard of the green flash--an emerald ray that briefly caps the sun as the solar disk sinks into the waves of a clear ocean horizon. Green flashes from the sun are so rare, they were once thought to be mythological. Now consider the following: a green flash from Venus. "I saw one," says photographer Kouji Ohnishi who sends this picture from Nagano, Japan: 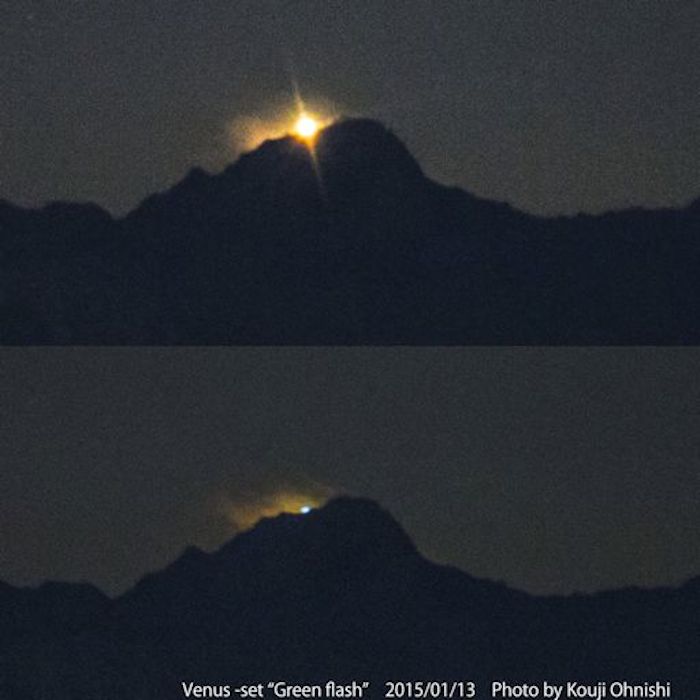 "Venus was setting behind Mt.Hodaka (3190m) on Jan. 13th when the green flash appeared," he says.
Can it be real? "Yes, indeed," says atmospheric optics expert Les Cowley, who explains the phenomenon: "Venus flashes green as it touches the mountain -- but surely the mountain is above the normal horizon where flashes occur? We see these mountainside green flashes because the normal temperature gradients in the air are compressed and strengthened when wind blows across the mountain ridges. The strengthening can mimic conditions over the sea surface and sometimes be enough to produce mirages - the stuff of green flashes."
Astonishingly, Ohnishi also recorded a green flash from Mercury. "What a way to end the day!" 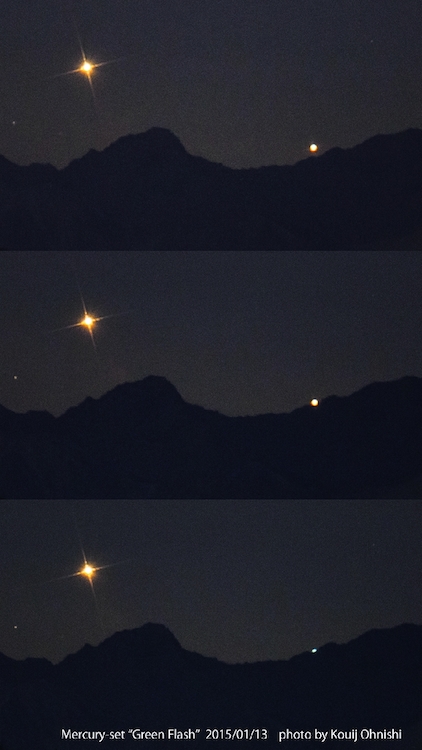