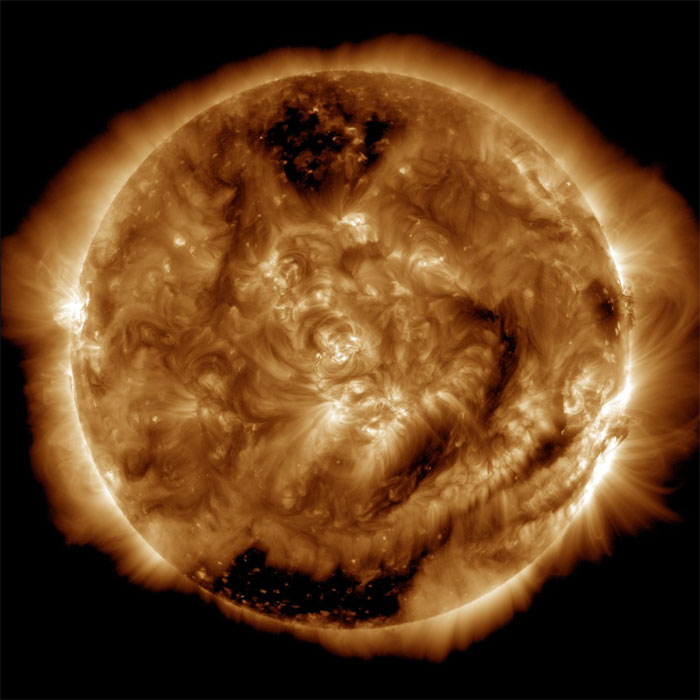 The Atmospheric Imaging Assembly on NASA's Solar Dynamics Observatory captured its 100 millionth image of the sun on Jan. 19, 2015. The dark areas at the bottom and the top of the image are coronal holes -- areas of less dense gas, where solar material has flowed away from the sun. Credit: NASA/SDO/AIA/LMSAL

On Jan. 19, 2015, at 12:49 p.m. EST, an instrument on NASA's Solar Dynamics Observatory captured its 100 millionth image of the sun. The instrument is the Atmospheric Imaging Assembly, or AIA, which uses four telescopes working parallel to gather eight images of the sun – cycling through 10 different wavelengths -- every 12 seconds.
Between the AIA and two other instruments on board, the Helioseismic Magnetic Imager and the Extreme Ultraviolet Variability Experiment, SDO sends down a whopping 1.5 terabytes of data a day. AIA is responsible for about half of that. Every day it provides 57,600 detailed images of the sun that show the dance of how solar material sways and sometimes erupts in the solar atmosphere, the corona.
In the almost five years since its launch on Feb. 11, 2010, SDO has provided images of the sun to help scientists better understand how the roiling corona gets to temperatures some 1000 times hotter than the sun's surface, what causes giant eruptions such as solar flares, and why the sun's magnetic fields are constantly on the move.
In honor of the 100 millionth image, Dean Pesnell, SDO's project scientist at NASA's Goddard Space Flight Center in Greenbelt, Maryland and Karel Schrijver, the AIA principal investigator at Lockheed Martin in Palo Alto, California, chose some of their favorite images produced by SDO so far.
- 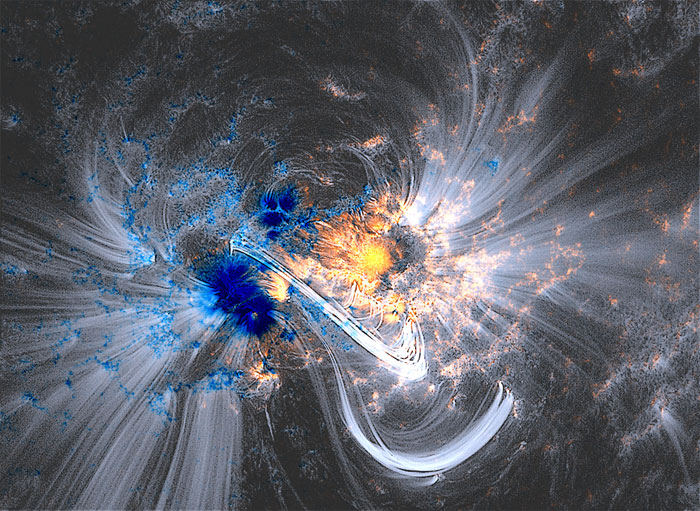 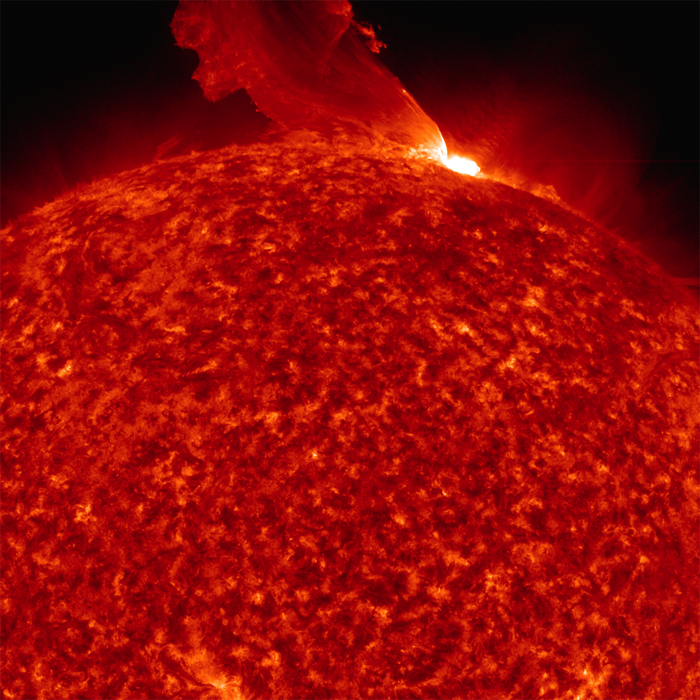 SDO Sees Trebuchet Prominence - SDO 5 Years
Catapult Explosion: NASA's project scientist for SDO likes to call this the trebuchet prominence, after the Medieval catapult that flung material during battle. This image was captured on Feb. 24, 2011, when a moderate-sized solar flare occurred near the edge of the sun. Simultaneously, the sun blew out this gorgeous, waving mass of erupting plasma that swirled and twisted over a 90-minute
. 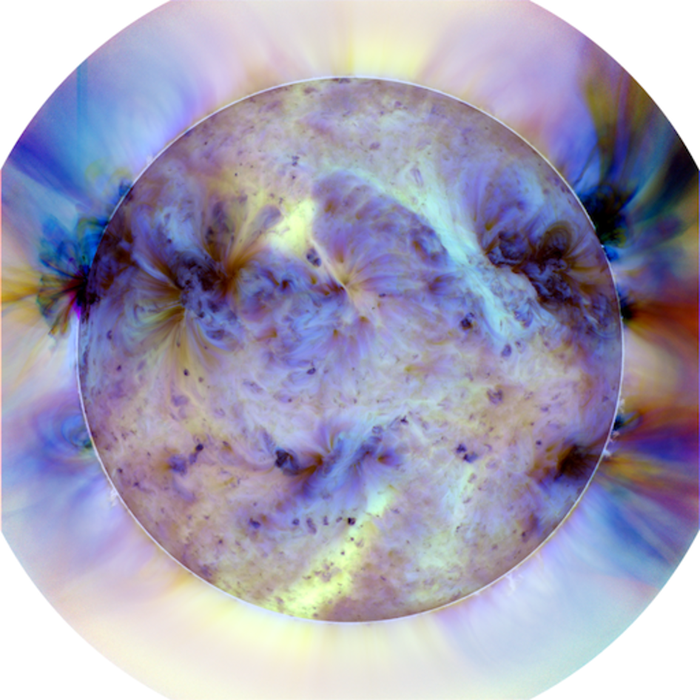 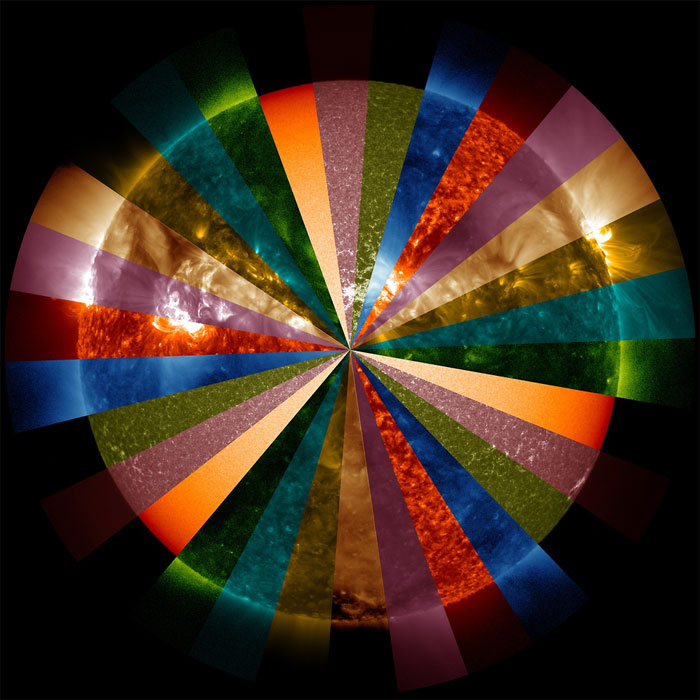 Wheel of Colorful Sun - SDO 5 Years
The power of AIA lies in its ability to constantly image the entire solar atmosphere in multiple wavelengths. This composite image reveals some of that potential: Each color represents a different wavelength of extreme ultraviolet light present in the sun's corona. The wavelengths in turn correlate to material of different temperatures, resulting sometimes in completely different views of the same sun.
Scientists examine the combined images to reveal the solar atmosphere in all its detail.
Quelle: NASA
Astronomie
« Zum vorherigen Eintrag Zum nächsten Eintrag »
2717 Views
Created with page4