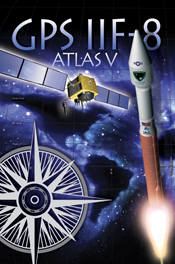 Rocket/Payload:An Atlas V 401 will launch the GPS IIF-8 mission for the U.S. Air Force.
Date/Site/Launch Time: Wednesday, Oct. 29, 2014, from Space Launch Complex (SLC)-41 at Cape Canaveral Air Force Station, Fla. The 18-minute launch window opens at 1:21 p.m. EDT.
Viewing the Launch by Webcast: The live webcast will begin at 1:01 p.m. EDT.
Mission Description: GPS satellites serve and protect our warfighters by providing navigational assistance for U.S. military operations on land, at sea, and in the air. Civilian users around the world also use and depend on GPS for highly accurate time, location, and velocity information.
GPS IIF-8 is one of the next-generation GPS satellites, incorporating various improvements to provide greater accuracy, increased signals, and enhanced performance for users.
Launch Notes: GPS IIF-8 will be ULA’s fourth GPS launch of 2014 and the 12th of the year. The mission will mark ULA’s 89th mission launched since the company was founded in 2006.
Quelle: ULA
.
Update: 24.10.2014
.

The Air Force is set to launch the 8th GPS IIF satellite from Cape Canaveral Air Force Station in Florida on October 29. The 18-minute launch window opens at 1:21 p.m. EDT.
An Atlas V 401 will launch the GPS IIF-8 mission for the U.S. Air Force.
The live webcast will begin at 1:01 p.m. EDT.
As described by the Air Force, GPS IIF-8 is one of the next-generation GPS satellites, incorporating various improvements to provide greater accuracy, increased signals, and enhanced performance for users.
GPS IIF-8 will be United Launch Alliance’s fourth GPS launch of 2014 and the 12th of the year. The mission will mark ULA’s 89th mission launched since the company was founded in 2006.
To keep up to speed with updates to the launch countdown, dial the ULA launch hotline at 1-877-852-4321 or join the conversation at www.facebook.com/ulalaunch and twitter.com/ulalaunch; look for the #GPSIIF8 hashtag.
The Air Force Second Space Operations Squadron (2 SOPS) indicates that IIF-8, SVN-69/PRN-03, will replace SVN-51 in the E plane slot 1. SVN-51 will be re-phased from E1 to an auxiliary node at E7 somewhere around SVN-54 currently on station at E4.  SVN-38/PRN-08 will be taken out of the operational constellation prior to SVN-69 payload initialization and sent to Launch, Anomaly Resolution and Disposal Operations (LADO).  PRN-08 will be assigned initially to SVN-49 and set to test.
SVN-38 was launched on November 5, 1997, successfully serving nearly 17 years, 9.5 years beyond its designed service life, due to the diligent efforts of the men and women of the U.S. Air Force.  SVN-51 will remain in an auxiliary node once it completes its re-phase journey. The SVN-51 re-phase will take about six months after the initial burn occurs.
Quelle: GPS World
.
Update: 29.10.2014
. 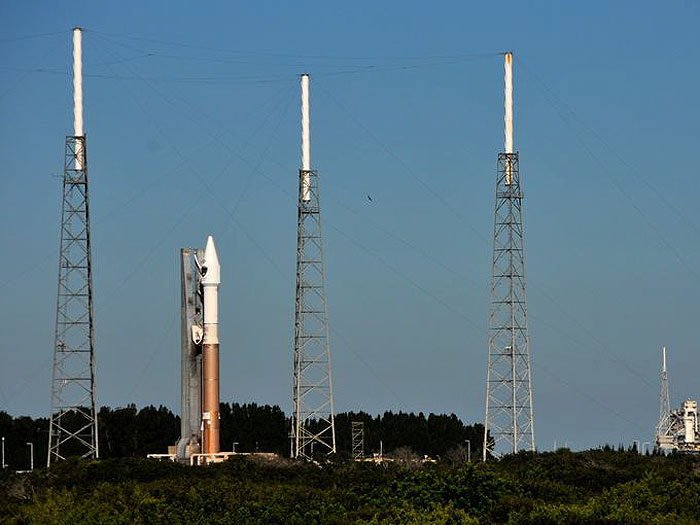 A 19-story Atlas V rocket is on its way to the launch pad for a planned 1:21 p.m. Wednesday blastoff from Cape Canaveral with the Air Force's next Global Positioning System satellite.
Riding on rails atop a transporter, the rocket and spacecraft emerged from a 300-foot processing tower around 10 a.m. for the trip of about one-third of a mile.
The latest posted forecast shows a 70 percent chance of favorable weather during Wedensday's 18-minute window at Launch Complex 41, with a small chance that clouds or solar flares could pose problems.
The mission is the last of four this year updating the GPS constellation, which now includes 31 active spacecraft.
The satellite is the eighth in the newest "IIF" series of 12 built by The Boeing Co.
The launch will be the 50th by United Launch Alliance's Atlas V rocket since 2002.
The rocket is flying in its least powerful "401" configuration, with a 4-meter diameter payload fairing, no strap-on solid rocket boosters and a single Centaur upper stage engine.
Quelle: Florida Today
.
Update: 21.00 MEZ
. 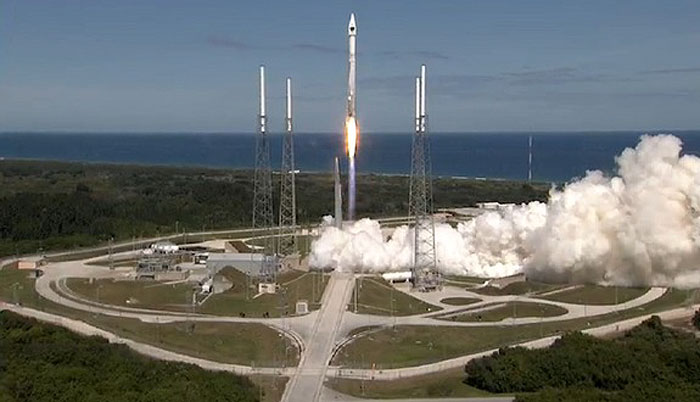 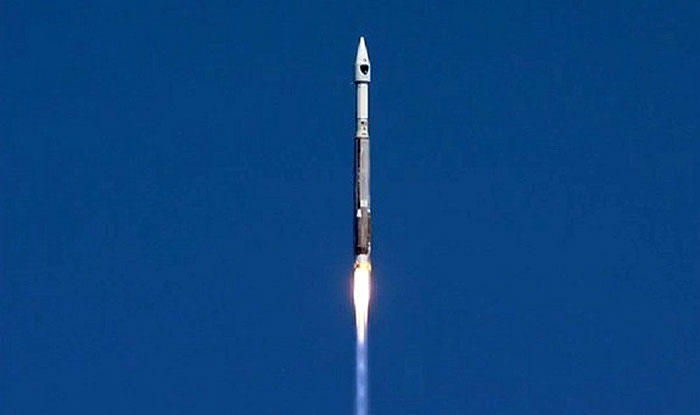 The main engine cut off after 17 minutes and entered a coast phase. The upper stage of the rocket was scheduled to release the GPS satellite into a semi-synchronous orbit a little more than 3 hours after launch. (Credit: United Launch Alliance)
. 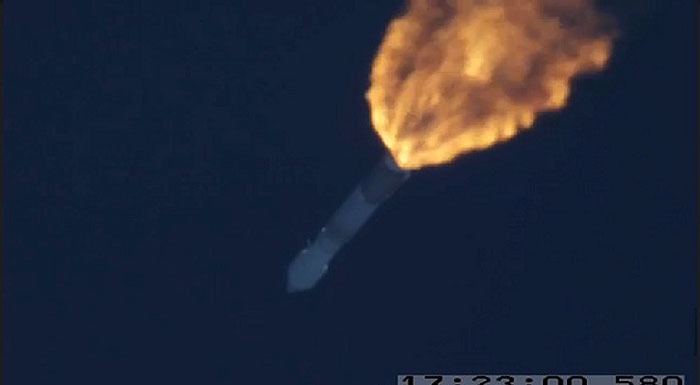 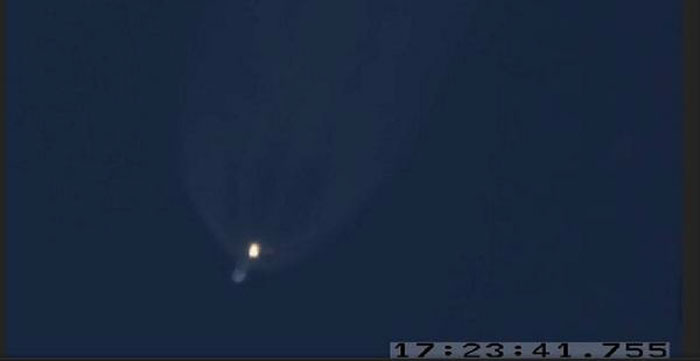 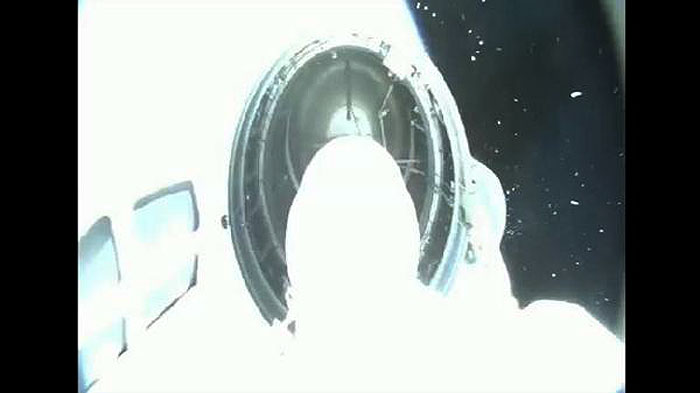 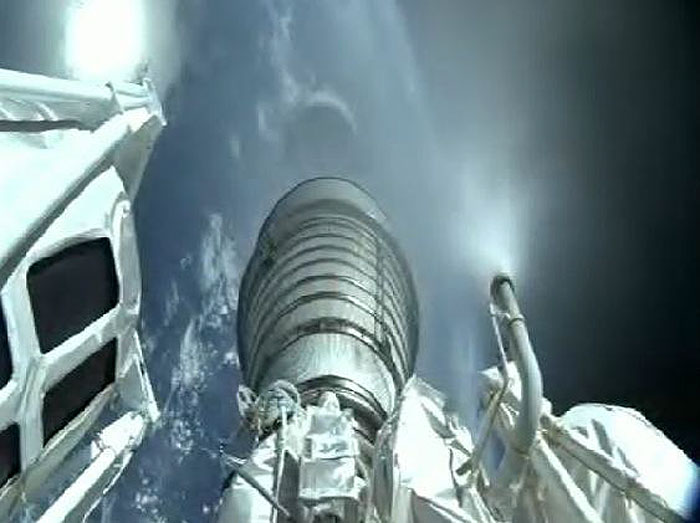